Woman Of Weed World, 1st Lady Of The West Coast, By Sharon Letts 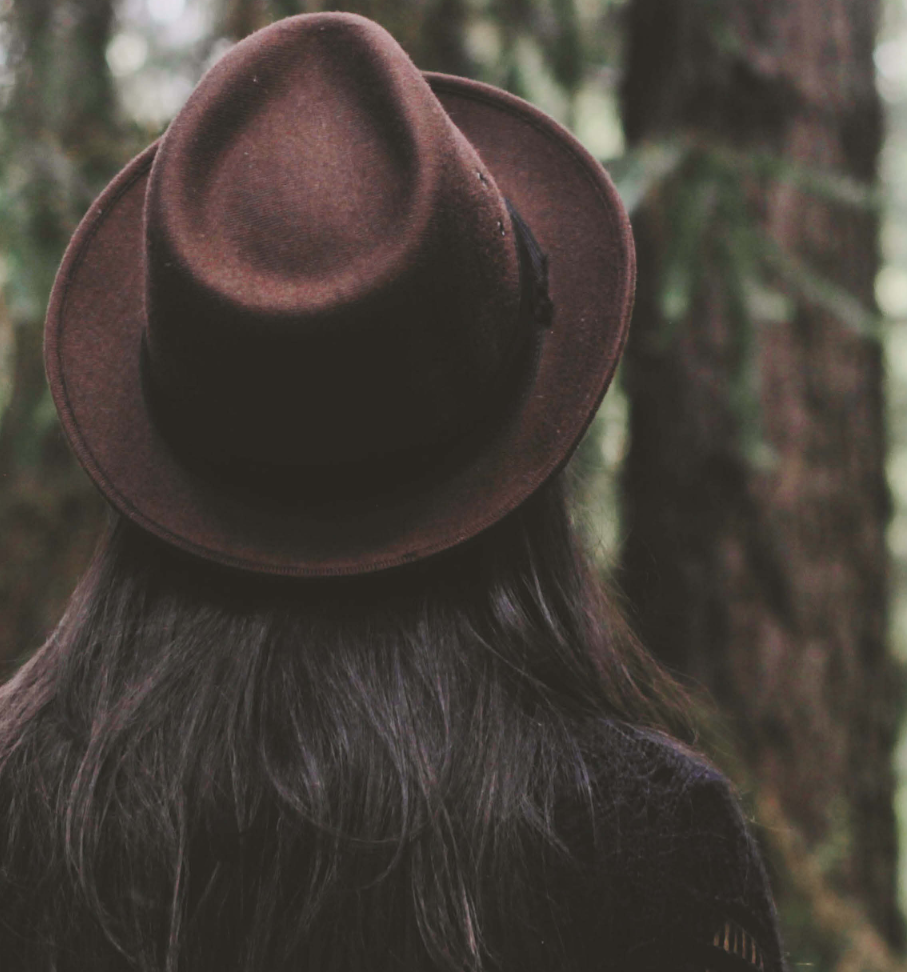 Known as the 1st Lady of the West Coast, or simply, 1st Lady, she was raised in Oakland, in the Bay Area of California, across the bay from San Francisco.

A Renaissance woman, the 1st Lady is a poet, artist, and singer/songwriter with her own label, 1st Lady of the West Coast Music Group. As a cannabis farmer, she’s the first black woman to have her own cultivar, 1st LADY Kush. Her handle came to her while medicating with cannabis, with her third-eye fully open. “I was visualizing my life, and God placed the name in my heart,” she shared. “This was in 2007, right after high school – before I had any idea I’d become a musician or a farmer. “Having been raised a Baptist, she shared she’s no longer interested in organized religion. “I’m not really that religious in the true sense,” she added. “I don’t believe in organized church any longer, but I do have a personal relationship with God. That’s my higher power. I also had a keen sense the plants that helped me were God’s plants.” 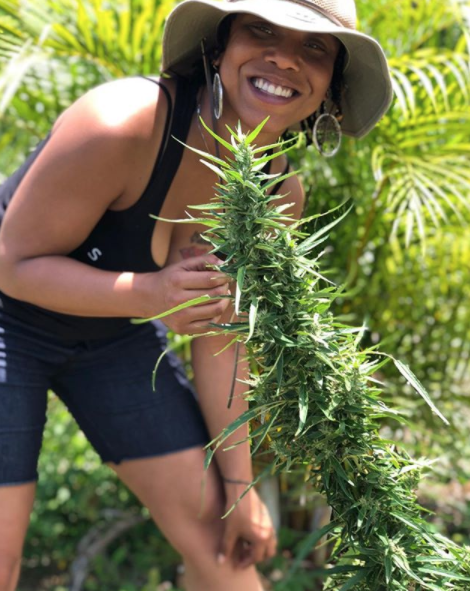 The first time she smoked weed was in 2005, while a senior in high school. Her mother was at work as a probation officer for the City of Oakland, while she and some friends partook in her backyard. “I won’t lie, I was scared and felt paranoid,” she said. “When I walked into the house it smelled like weed. But, fear aside, it helped me immediately.

That first time I smoked, I knew it was medicine.”1st LADY had attempted suicide as a teenager several times, and was diagnosed with Bi-Polar Disorder; a mood disorder with extreme highs and lows, combined with mania in the high state and severe depression in the low state. “I tried to take my life, but God had a plan for me – I’m supposed to be here,” she said, knowingly. “They put me on a lot of pharmaceuticals, but everything they gave me made me feel like a zombie.

I couldn’t function. After smoking weed, I felt alert and alive. The herb made me feel creative again, and I could run and exercise. It really helped with the depression – and it helped me get up off the couch.”Sneaking off to get high, or self-medicate with cannabis, became the norm. Her mother had retired as a probations officer from the Oakland Police Department, but the stigma remained.

“My sister also smoked weed and mom was always after her,” she said. “I tried to tell my doctors, but they all told me to stop smoking or they’d report me to the police. When I told them it was helping me, they said that was the stupidest thing they’d ever heard. No one believed me.”After high school, her family moved to Atlanta, Georgia, but, 1st LADY traveled to Colorado, then Atlanta – leaving the conservative region to head back to California after just three years.“California is where I feel most at home,” she said. “It’s also where my medicine is legal.”

Once back in California, 1st Lady obtained a medical marijuana card under the state’s Compassionate Care Act. California was the first state to become legal for cannabis as medicine in 1996. Today, there are 33 states legal for medicine in the U.S., with 11 legal for recreational/adult use, including California.

Shortly after returning to West Coast, she met Joseph “Resin” Rezenee, a longtime cannabis farmer and breeder, formerly with Harborside, an infamous dispensary in Oakland, run by brothers, Steve and Andrew DeAngelo.She told Rezenee she needed to learn how to create a cultivar with beneficial properties to treat the symptoms she’d struggled with, nearly costing her life – specifically for depression and mood swings.

The cultivar came to her in a premonition, while star-gazing in California at 17, sharing, “I remember closing my eyes and saying to myself, ‘God, you hear me? It would be really dope to have my own strain line.’ I manifested this.”After Rezenee taught her how to grow, she then moved to a suburb of Los Angeles to start her own operation, founding Herb of Life Cultivation, LLC. By 2016, the first cultivar developed was her namesake, 1st LADY Kush, with the help of Duke of Herb. Black Girl Magic OG and December Nights OG followed.“1st Lady Kush is a sativa-heavy hybrid, good for menstrual pain and back spasms – but, it also treats the symptoms of Bi-Polar, including the depression I’ve struggled with for years,” she shared. 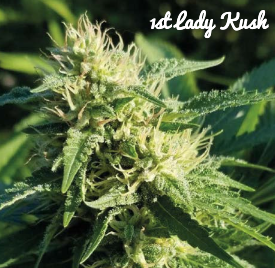 1st LADY began singing at four years-old, by eight, she was writing her own music. She studied graphic design at the Art Institute in Los Angeles, but then became an audio engineer, recording her own music.She’s worked with 880 Style Inc. record label for 17 years; but in 2014, DPMG signed her, securing a distribution deal with Ingrooves, through Universal Music Group. Shortly thereafter, she was offered a Sony distribution deal and an Interscope marketing deal with an international DPMG deal to follow in 2015.Finally, in 2018, she launched her own record label, 1st Lady of the West Coast Music Group, with the intent of helping other artists be their own entrepreneur in the music industry.

“My music is my life,” she reflected. “The music and lyrics I write are meant to inspire young ladies and men to remind them that they are Queens and men are Kings. Women hear the word B*tch so much, they forget who they are,” she said. “Not just black women, but women of all colors.”That said, with the Black Lives Matter movement now circling the globe, she’s refocused on her black sisters.“Black love is an important part of black life and black life mattering,” she waxed poetic. “I support black love, and I’ve had to learn to love myself. It’s been a process I’d like to share with others – and I can do that with my music.”

All in the Family

Retired from the army, her father became a contractor, specializing in disasters, like chemical spills. Today, he’s her business partner in cannabis. Both parents were “health freaks,” but it wasn’t until her mother retired from the police department, that she was able to learn about the benefits of cannabis and how it helped her daughter.“My dad taught me the benefits of apple cider vinegar and nutrient drinks when I was young, and it was nasty!” she laughed.

“When you are young you don’t want to listen. But we’ve all been turned around now, with both my parents seeing how it helps me. My dad said, ‘If the world is going to support my daughter, I’m going to support her first.’ Like I always tell people, you don’t push anything on anyone, you educate them by example.”1st Lady said she and her family are still learning about the plant and all it can do.

“People say we need more studies, but the studies are out there – maybe not in the U.S., but around the world,” she declared. “I’ve read papers published in peer-reviewed medical journals, like Neurology, Rheumatology, Annals of Internal Medicine, the American Journal of Clinical Oncology, and the British Journal of Clinical Pharmacology – all documenting the health benefits of cannabis.

”Rattling off a list of ailments helped, 1st Lady said she’s tired of seeing people doing time for a plant, with so much proof of the healing it brings.

“This is my medicine,” she declared. “This plant has helped me more than any pharmaceutical I’ve ever taken – and I tried a lot. To see people still imprisoned – especially my black brothers and sisters, who are incarcerated more often than any other race, for this plant. It just doesn’t make any sense”Her goal, she said, is to make sense of it all for people by educating through her line of cultivars, her art, and her music.

“I’m grateful for my parents and my sister in allowing me to go for my dreams,” she concluded. “I still have my talks with God, because God sees all and will continually bless me for my hard work and big heart. Everything good that’s come to me through this plant is a blessing, with all credit ultimately going back to God.”