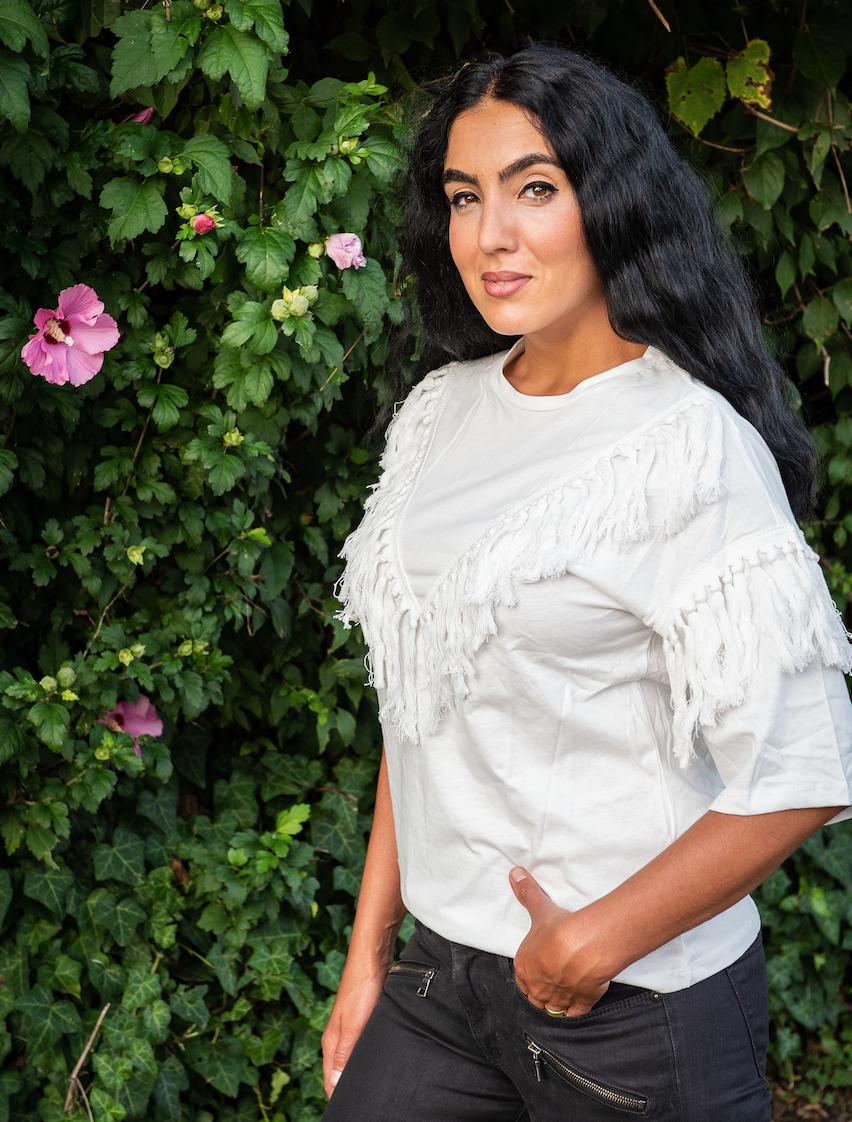 Gisele Fetterman is the Second Lady of Pennsylvania, as wife of John Fetterman, Lt. Governor, second to the Governor. But the title and position doesn’t automatically garner respect or privilege.

“I already have three strikes against me,” she shared. “I’m an immigrant, a woman, and a cannabis patient. There have been two points of contention since I began working by John’s side, my immigrant background and my thick eyebrows!” In the town of Braddock, where her husband, Lt. Governor John Fetterman, was once Mayor, it was said that a vote for John was a vote for Gisele – that’s how loved she was and continues to be as Second Lady.

“Pennsylvania is somewhat a conservative state – it’s actually pretty purple, but our community is a little patch of progressive blue,” she laughed. “My focus is on community services, and making sure no one goes without. That includes dealing with food, clothing, and household need insecurities.”

Gisele has a unique perspective on living the American Dream. Her family arrived to the U.S. from Rio de Janeiro, Brazil, via New York in 1990 when she was just eight years old; fleeing the violence in her country.

The family decided to leave their beloved homeland and headed for New York City, after her aunt told her mother how happy she was that she had only been robbed seven times that year, but once in the U.S., the fears changed drastically.

“We felt safe, but not completely free, as we were undocumented,” she explained. “My mother would send us off in the morning saying, ‘I love you, have a great day, and be invisible,’ so I kept my head down all through school,” she explained. “For 15 years, I grew up in fear of a knock at the door by immigration. Once I knew I could speak up and speak out, I did and have.”

Her newfound voice led her to what she calls her ‘adult work’, creating non-profits to fill the holes of insecurities she witnessed as a third-world citizen coming to the land of plenty. She’s spoken out for women’s rights, the LGBTQ community, immigrants, and anyone marginalized or as invisible as she once felt.

Recently, she added cannabis advocacy to her list of causes, coming out of the smoky closet, after a state legislator made a derogatory comment about cannabis users.

Though cannabis has been legal for medicinal use in the state since Gov. Wolf signed Senate Bill 3 in 2016, legalization for recreational use is being hotly debated on a pending Bill.

“I’ve witnessed, first hand, the positive, medicinal benefits of cannabis,” she said. “My own story of being helped by the plant is my truth, and I’d like to see more people understand it, rather than fear it – and that includes the very misunderstood THC, the compound that causes euphoria.” 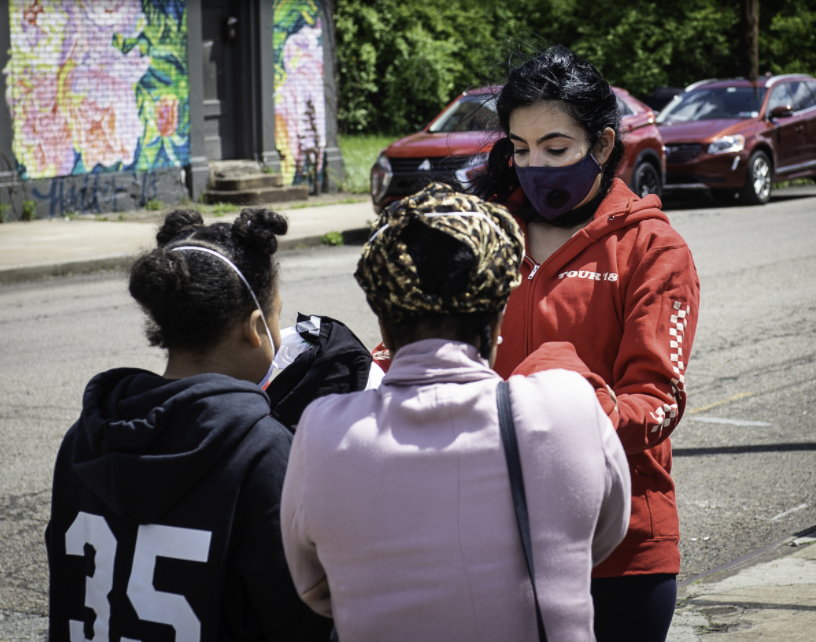 There is actually no psychoactive THC in the cannabis plant. The compound is called THCa and is non psychoactive until it’s heated. The levels of THC are the culprit when it comes to a new patient not used to the effects. But, it’s important to note, that we as a species upped the level of potential THC to what they are today via hybridization for recreation.

That said, aside from non-psychoactive deliveries, THC is beneficial in its own right, with cancer-fighting properties discovered in Israel in the 1960s.

A person just needs to start with a low amount and titrate up until they find their comfortable dose. No patient wants to feel wasted, with healing and well-being the ultimate achievement. A person using recreationally at the end of the day may choose alcohol, valium, or cannabis – it’s all self-medicating to feel better.

A lineage of healing

An openness to plants didn’t hinder Fetterman in using cannabis for a lifetime of chronic pain. Her mother had been a nutritionist and hospital administrator in Brazil, and she was raised knowing that food is indeed medicine and what the body needs to be healthy.

“I wanted to follow in my mother’s nutritional food footsteps,” she said. “I grew up knowing nature is better, so, in that respect, I was open to cannabis.”

Fetterman initially majored in math at Kean University in New Jersey, but switched to nutrition, earning a license in Integrative Nutrition.

Although she said she had experimented with smoking cannabis as a teenager, it became her serious pain medication much later in life.

“I had a horse riding accident as a child, then a series of car accidents,” she explained. “Every memory in my life I’m in pain. Every photo taken of me back then, I’m in pain.”

She said she did all the right things before discovering the analgesic properties of cannabis, but she never took the pharmaceuticals offered to her.

“I’ve worked with the distribution of Narcan and have seen firsthand the suffering that opioids and other addictive drugs have caused our community,” she said. “I never wanted to go there.” 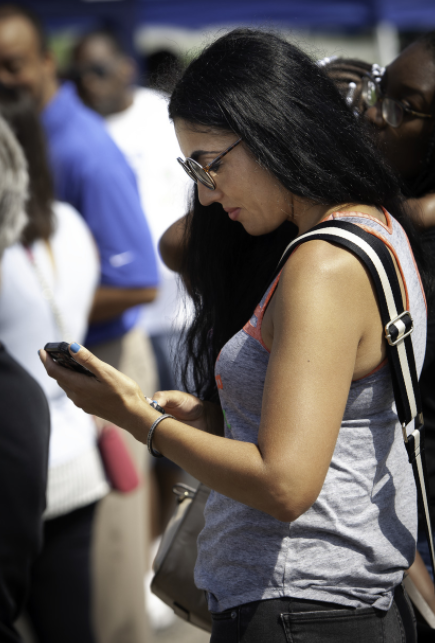 Her litany of tools to manage her pain includes an inversion table and a Dharma Yoga Wheel. She’s worked with chiropractors, acupuncturists, and more.

“All these things help, but they are not sustainable for a lifetime of chronic pain,” she explained.

Surprisingly, Fetterman does not yet ingest cannabis for her pain, but keeps it at bay by smoking concentrates from a vaporizer pen or flower from a pod.

“I would like to learn more about ingesting for my pain, and to strengthen my immune system – for prevention of illness,” she said. “But, for now, the vaping of concentrates and flower has been working well.”

The myth of legalization is that more people will partake to get high… and, “What about the children?” The reality is, when a state legalizes, more people feel comfortable to experiment, with desperate parents turning to the plant for help for their sick and suffering children, and opioid numbers dropping substantially, as cannabis concentrates are proving to replace addictive pain killers across the board.

That edible turns into a medible very quickly when the partaker is a patient with real ailments. When that happens, the recreational laws written to protect from the evil weed no longer make sense. The theory is that we actually “medicate to recreate,” as the beneficial compounds of the plant are being delivered into the biological system whether you just want to get high or not.

Combatting negative rhetoric on the campaign trail has been a given where cannabis is concerned. Education is everything, and Gisele knows she has her work cut out for her.

As of this writing, both her husband and Gov. Tom Wolf formerly requested the state General Assembly to legalize cannabis, informing that the taxes derived from cannabis sales would specifically help bring the state back from the financial ruin from the COVID-19 pandemic, facing a $3.5 billion deficit.

Pennsylvania’s medical market reached $275 million in 2019, with a projected $500 million in sales expected this year and $1 billion within the next few years.

With 62 percent of Pennsylvania voters in favor of a recreational market, its conservative House and Senate doesn’t seem to be supporting the will of the people. But money talks and the revenue generated from other legal states is telling, with cities across the country using cannabis as a way to get out of the red.

Interesting to note, the City of Desert Hot Springs in California had filed for bankruptcy prior to allotting nine acres to the farming and manufacturing of cannabis products in its city in 2016, with the Mayor at the time declaring, “We just want to fix our pot holes.” No pun intended, as its infrastructure was literally crumbling. Today the city of just under 30,000 residents is thriving, and expects to see $3 million in cannabis tax revenue by 2021, next year.

After Colorado became the first state to legalize seven years ago, the state saw $683.5 million in sales in its first year, to $1.75 billion in revenue in 2020, with numbers showing no signs of retreating. Recreational retail shops in the state have sold more than $8.2 billion in products since inception, from January of 2014 to March of 2020. An estimated $40 million from the excise tax goes to school construction, with the remaining going to school funds. The rest goes into the Colorado’s general fund.

Fetterman said plans for part of Pennsylvania’s assumed revenue from the legalization of cannabis will go towards infrastructure and bringing back the state’s historically disadvantaged businesses. A portion will also go towards restorative justice programs, righting the wrong of the approximately 20,000 per year incarcerated for cannabis in the state for decades.

Both Lt. Gov Fetterman and Gov. Wolf understand there’s already a thriving cannabis market in the state, it’s just not being taxed, it’s not regulated, and there’s too much room for error in safety of the processing and manufacturing of products.

“The people are already healing themselves and enjoying cannabis recreationally ahead of legislation all around the world, not just in Pennsylvania,” she surmised. “I’d like to see the progressive part of our state rise up to the occasion. And I’ll be there right next to them, watching our state thrive, and continuing to learn about the plant’s many benefits – whether you are medicating or recreating.”