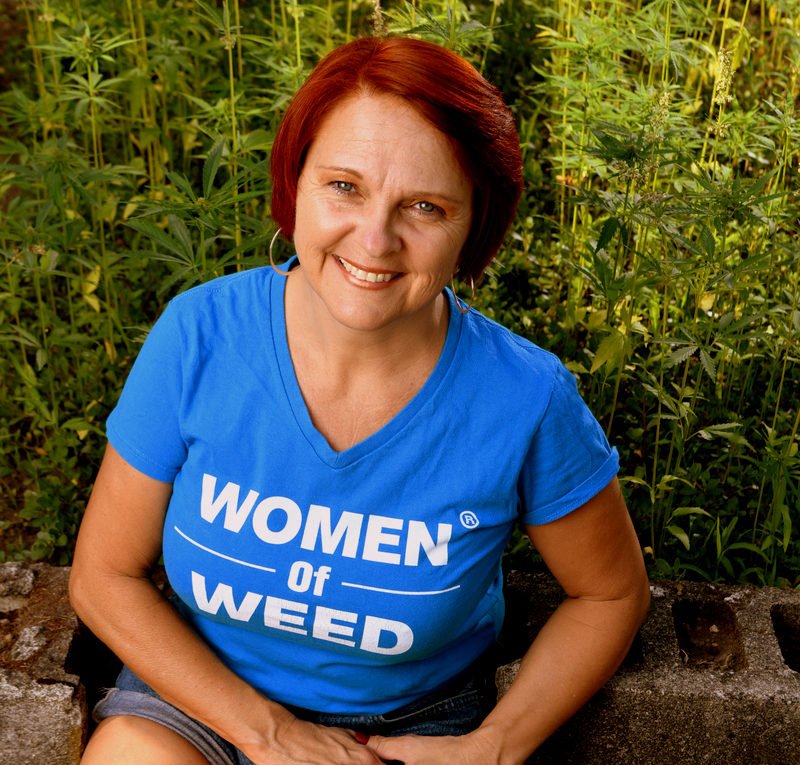 In 1988, Indiana native, Aimee “Ah” Warner, arrived in Seattle, Washington. In 1994 she walked into the now historic Fremont Hemp Company just outside the City of Seattle, changing her life and mind forever.

The Fremont Hemp Company opened in 1993, filled with everything hemp and nothing cannabis, purposefully. Its owners and founders, Cory and Erica Brown, were said to be 20 years ahead of their time, offering up a hemp experience, as detailed in a history of the shop by former partner, Paul Grusche on Groosh.com, “Our goal was to provide a retail environment where people could see, touch and taste hemp.”

Jack is the late, great hemp advocate, Jack Herer. The book was “The Emperor Wears no Clothes,” a generation’s manifesto on the deceit, manipulation, and corruption of the failed War on Drugs in the United States. The book laid out the theory of Hemp and Cannabis’ calculated demise by the U.S. Government, in cahoots with big oil, big pharma, and interests in trees for industrial use.

“I started reading everything I could on this multifaceted plant,” she shared. “There weren’t a lot of natural baby care product manufacturers out there at that time, so I decided to make my own. The first formulation I made was for my daughter’s diaper rash. It was a basic salve with hemp seed oil, chamomile, comfrey, and all kinds of beneficial herbs.”

“I had heard of cannabis being medicinal, but up until this point I had only used it for enjoyment and motivation,” she said. “At the time hemp was an easier plant to wrap my head around for remedy, as it’s packed with Omega six and three essential fatty acids that our bodies don’t create – we need to get them from what we eat and from our skin care.”

The Omega fatty acids found in hemp offer optimal cellular performance for human skin, and Warner said it actually modulates functioning of the skin, while protecting and promoting collagen health. It also has anti-inflammatory properties on its own, without the CBD.

“It wasn’t until 2012, when I helped a friend set-up a medical cannabis shop that I starting diving into the medicinal properties of cannabis and CBD,” she explained. “Hempseed oil is still the foundation of everything we do at Cannabis Basics and its sister company, Hemp Basics, under the corporate umbrella of Mother Earth’s Green Services.

Though CBD only products are now a booming business, available across the U.S., Warner said her products fall under a new set of rules for the State of Washington that she co-authored in 2015.

The rules for Cannabis Health and Beauty Aids, or CHABA, allows mainstream retailers in Washington State, bypassing state regulated shops, to sell cannabis products for topical use only with less than .03 percent tetrahydrocannabinol or THC,” she explained. “In other words, less than 85 milligrams of activated THC in a one ounce finished product.”

The state rules have nothing to do with cannabinoid (CBD) products, and everything to do with the final product count of tetrahydrocannabinol, or THC, the psychoactive compound in cannabis.

Under the rules, Warner’s brand, Cannabis Basics, uses whole plant, full spectrum cannabis with high THC plant material, then formulates it with other blends of herbs and carrier compounds until the mixture measures in at the acceptable percentage of THC for the mainstream marketplace.

“This gives a full profile of all the compounds in the plant,” she said. “It also allows the other beneficial herbs in the formulation to enact the entourage effect – helping them all work together via a topical application.”

CHABA rules have nothing to do with the Farm Bill signed into effect in 2018, allowing Hemp with high CBD testing with less than three percent THC to be added to all personal care products for the regulated market.

“In the 90s I could only use hemp seed and derivatives,” she added. “This new Farm Bill made me feel safe enough to add hemp-derived CBD to my line and launch it nationally. It also means that chiropractors, reflexologists, and naturopath doctors can sell these products in their offices. It’s been four years since we’ve been offering topical personal care products with this low amount of THC in the mainstream marketplace and the sky has not fallen.”

Warner said CHABA is a profound law that not many know exists. She said she’d like to help other states and countries enact it, but it would take dedicated people in each state to do the work. The International Cannabis Health and Beauty Aids Producers Alliance (ICHABAPA) has been set-up under her umbrella of companies to support other CHABA manufacturers.

Warner was just 14 years old when her sister, who was ten years older, passed her a joint while watching the satirical television comedy, Mary Hartman, Mary Hartman.

“I remember giggling a lot, and thinking, is this show really that funny?” she laughed. “Years later we’d watch Saturday Night Live and Fridays, but my emotional ties were with the Mary Hartman show, because it was my first time getting high. My sister never felt good about being the one to turn me on to weed, but look where I am today – look what that started!”

By the time Warner was 16 she was measuring ounces on a triple beam scale set up in her best friend’s father’s home office, while he was wintering in Florida.

“Those scales used to be stolen from the science lab in high school,” she added. “I was popular in high school, but it wasn’t because I was a cheerleader – it was definitely because I was meeting supply and demand of everyone’s favorite herb. But, cannabis has a long history in my family – my grandpa smuggled weed in the brim of his hat across the Mexican border back in the day. The material I sold was Mexican rag weed that came from my brother – who had hair down to his ass.”

Being a female business owner in the cannabis space, Warner wanted the company and comradery of other women – not for networking for business, as the national organization of Women Grow has accomplished, but for social gatherings and support in the male dominated cannabis industry.

She began Women of Weed with little fanfare and no media attention. This reporter was asked to leave her camera behind for one of the first events in 2013.

“As my business and activist efforts started to take over my world, I felt the need to create a space just for fun,” she explained. “Washington was the perfect setting for a private social club for women in the hemp and cannabis space. We cultivated a safe space where we could come together, smoke weed, eat beautiful food, and share our love and respect for the plant and each other.”

Women of Weed was never designed to be a business association or activist group, with the only agenda within the first five years being, not having an agenda.

“We have a limited membership of 300, and to date we have 130 spots open,” she said. “You must be sponsored in to join, then are given a number. We are taking our time growing the club, as our membership consists of some of the most impactful and important cannabis women from around the country and the world. We call them the Honorary Women of Weed.”

Her goal was to get what are called the “OG’s” in the club first – commonly known as the “Old Guys,” or “Old Gals,” in this case. Women who have been a part of the cannabis industry moving forward – not just for business, but for advocating for change and acceptance. Women who have worked against the stigma of the plant, and for education on remedy and the freedom to recreate.

Infringement of the Women of Weed trademark is rampant, with High Times Magazine being the most high profile offender to date, using the name for its annual awards contest, High Times Women of Weed.

“Infringement of our trademark confuses the marketplace, while lowering our ability to do good by our legally owned intellectual property,” Warner declared.

“What started as a social club, just for fun, has turned into an intense labor of love with vast potential through banded merchandise for fundraising efforts,” she said. “One hundred percent of WOW merchandise profits will be given back to the community.”

The first three recipients of what are called “block grants,” will go to Students for Sensible Drug Policy in honor of WOW member #7, Betty Aldworth; Seattle Hempfest, in honor of WOW #78, Sharon Whitson; NORML Women of Washington, in honor of its director, WOW #10, Danica Noble. The numbers correlate to the order of when the members were invited into WOW.

Plans for a larger manufacturing facility are in the works, with Warner visualizing her solely owned company being a hemp homestead with tours of the manufacturing base and an educational center to keep spreading the knowledge of what hemp.

“Twenty-five years into this and I still feel like I’m in the middle of the journey! The good news is, I’ve got a few good years left in me,” she laughed.

Cannabis Basics and Hemp Basics can also be purchased on Shopify.

To purchase The Emperor Wears no Clothes, by Jack Herer visit, https://www.amazon.com/Emperor-Wears-Clothes-Marijuana-Conspiracy/dp/1878125028