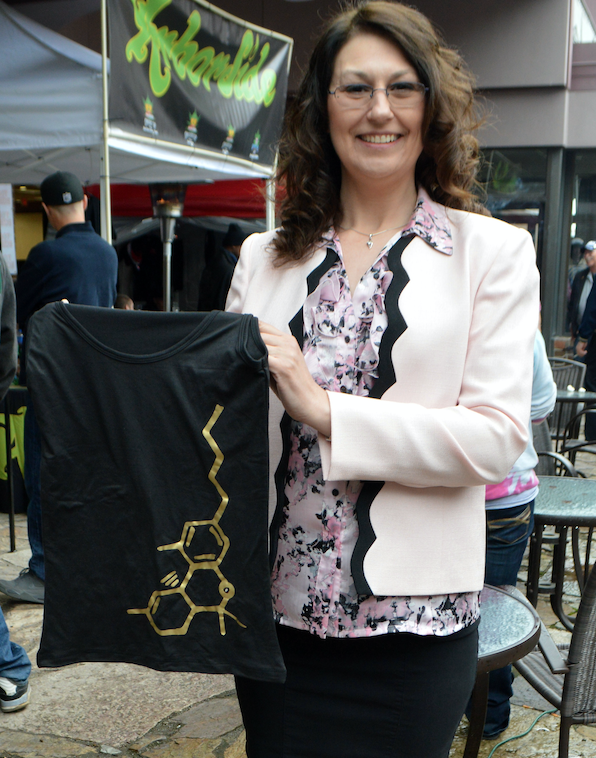 Cannabis Use in Hospice

The American Nurses Association of America (ANAA) published a statement in October of 2016, asking the federal government to further research on cannabis as remedy, proclaiming its support for the use of cannabis and specifically, cannabinoids, for use in treating disease and alleviating symptoms.

A faction of nurses in support of cannabis as remedy came out of the ANAA in 2006, led by Registered Nurse, Julia Glick, forming the American Cannabis Nurses Assoc. (ACNA) in 2011, along with longtime nurse advocate Mary Lynn Mathre.

The mission of the ACNA is clear, “To advance excellence in cannabis nursing practice through advocacy, collaboration, education, research, and policy development.”

Registered Nurse, turned certified Hospice Nurse, Cathleen Graham, has been open to helping hospice patients with their cannabis use for many years.

“Getting certified as a Hospice Nurse for palliative care was more difficult than getting my Registered Nursing certificate,” she shared. “There’s a lot more involved in caring for someone who may be in the final stages of life.”

Recently tasked in creating a curriculum for continuing education credits for cannabis as remedy for the largest hospice agency in the country. Graham is using her personal knowledge to develop the 25 hour program in an effort to bring the medical community on board, to better serve patients who are choosing to use cannabis.

And, that’s all we can say about that. For, the largest hospice agency in the country will not allow Graham to tell the world just yet that it’s developing the world’s first hospice cannabis protocols. This writer is now allowed to tell you what state Graham is working for or in.

Reason being, until the U.S. government admits that cannabis is remedy and takes it off Schedule 1 as a narcotic next to heroin (OxyContin is on Schedule 2), state agencies are shy to openly state acceptance, and government agencies who would like to help inform their constituents about cannabis are basically gagged from doing so openly.

The reality is, as of June, 2019, 84 percent of Americans agree with the use of cannabis as remedy; with tens of thousands (if not more) in legal and non-legal states already benefiting from the plant – while waiting for legislation to catch up.

In a study published in the Journal of Palliative Care, more than three hundred palliative care professionals from 40 states, with 91 percent supporting hospice patients using cannabis. Of the nurses, doctors, and administrators questioned in non-cannabis-legal states, all said they wished it was available to their patients.

Three quarters of those surveyed said they were caring for patients who use cannabis as remedy, with the most common usage in managing symptoms like nausea/vomiting, pain, and anxiety.

The study also indicated that the demand for cannabis as remedy came from patients and their families, not healthcare providers; with the footnote that physicians will not discuss cannabis with their patients unless asked, and that patients are starting to ask more and more.

Graham is careful in choosing how she frames responses to questions regarding cannabis and its acceptance in the medical realm.

“You can generalize and say that cannabis increases or decreases the use of prescription medications,” she explained. “But you can’t say here’s a list of medications that cannabis replaces or may interact with – because the list doesn’t exist.”

Graham said when her state was poised to legalize cannabis as recreation, she was the only healthcare professional coming forward to educate elected officials. Typically, the only opposition are the activists, standing at curbside, holding signs and wearing tie-dyed t-shirts – even though their intentions may be true.

“The ‘free the weed’ people lack the professional ability to communicate with our elected officials,” she said. “It becomes even more difficult for an elected official to engage in a rational medical discussion, as they have preconceived notions on reefer madness.”

Having a register nurse to speak out on behalf of patients who sorely need advocating is a plus. Having a nurse come to the table to educate elected officials, opens doors activists just can’t broach.

Interact or Replace? That is the question…

“The complications with using cannabis, from a medical professional’s perspective is, we require an active ingredient list to ensure safety of the patient,” she explained. “This is due to the unknown territory of possible negative drug interactions when combined with cannabis.”

A study conducted at the University of California at San Francisco (UCSF) suggests when cannabis or cannabinoids (CBD) is added by their doctors, opioid use is substantially lowered. In an earlier trial with AIDS patients, it was found that adding cannabis increased the efficacy of prescription medications by 25 percent or more.

Cannabis patients have long since known about replacing prescription medications, once they begin ingesting cannabis concentrates. Typically, this is done in a natural transition from pharma, with little thought of the consequences. This is due largely in part to a lack of general education, and Graham said its past time to do the research.

In my own work in writing of opioid patients transitioning using cannabis and other beneficial plants, the transition is somewhat benign, as the strong analgesic effect of cannabis quells the initial pain that may have required the prescribed drug, while dealing with the pain, nausea, and other acute symptoms of withdrawal.

“My goal as a healthcare provider is to ‘do no harm,’ and without evidence-based research, an active ingredient list, and a full microbiological analysis, it can be challenging,” Graham shared. “Many health care professionals learn by observing patients successfully using cannabis for medicine, as I have.”

This writer replaced upwards of ten prescription medications, while using cannabis oil to put cancer into remission. The cancer going away was a gift, but doing away with all the other pills was a definite bonus.

When a patient (such as myself) begins treating one symptom or ailment with cannabis (or other plants, for that matter), additional symptoms and subsequent medications fall by the wayside, as well. That’s how it works. My doctor observed me doing away with sleeping pills and pain killers in the first 24 hours of taking the oil.

Cannabis can cause the blood thinner Warfarin to increase in efficacy, and may actually cause bleeding. It’s also known to be a blood-thinning and blood-pressure-lowering agent, with many cannabis patients sharing they’ve done away with the pharma for the plant.

Theophylline, for example, is used to treat respiratory diseases, such as COPD. When used in conjunction with cannabis, the drug’s effect may be lowered. Cannabis, on the other hand, is said to treat symptoms of chronic inflammation and other maladies associated with COPD.

Clobazam is a medication used to treat seizures, and CBD is said to increase the side effect of sedation, causing sleep – a perceived negative side effect. That said, cannabis, or CBD only oil – such as Charlotte’s Web fame from Denver, Colorado – has been proven to treat and prevent seizures.

What this tells the average researcher is, we need more research regarding cannabis replacing prescription medications, rather than what negative side effects may come from the combination thereof.

Cannabis Use in Real Time

Graham speaks from personal experience, from her years as a nurse, then hospice nurse and now administrator and speaker.

“I’ve seen medical cannabis accomplish many things during the final days of a patient’s life,” she shared. “Controlling nausea of a patient undergoing chemotherapy; and stimulating appetites – preventing waste away and malnutrition; easing muscle spasms and decreasing pain. But, the most pronounced effect of cannabis is the improvement of the ability to focus and interact.”

While pharmaceuticals are available that reduce the symptoms while the body goes through the process of shutting down, she said they are extremely sedating, leaving the patient incoherent and unable to interact with loved ones.

“A patient shouldn’t be medicated to the point coma to manage these symptoms,” she said. “Cannabis has been shown to help many patients achieve a balance of symptom relief and quality of life, while allowing interacting with their extended family and friends.”

Graham also shared how surprising it might be too many that most of her hospice patients did not smoke cannabis, but ingested it.

“They would do everything from drops under the tongue, to a wide variety of edibles – from cake to pizza,” she explained. “They would also use capsules, vaporizers, and applied topical applications of gels, oils and lotions.”

Dosing is key, and Graham said proper testing and labeling is everything.

“Credible labels are essential to guide both medical professionals and patients in making informed decisions,” she encouraged. “Cannabis must be available in a form that will allow for a specific dosage to be taken and charted, like with all other medicine.  Without that, it will be difficult for medical cannabis to be taken seriously as a medicine.  Please understand, a ‘joint’ is not a unit of measurement.”

Graham also believes that every patient who has been physician-certified and eligible for hospice care, should automatically become eligible to use medical cannabis.

“In that same respect, all patients should have the right to impartial access to medical treatment regardless of his or her legal use of cannabis medicine,” she said. “Today’s health professionals were trained to see cannabis as a problem – not a potential solution. There needs to be continuing medical education that provides evidence-based information on how and when cannabis therapy can be beneficial.”

Spreading that knowledge, Graham surmised, will certainly expand the availability and quality of medical cannabis. And that will ultimately make her job easier as a hospice nurse, in supporting the cannabis patient.

“Someone has to speak for the dying patient,” she concluded. “As someone that’s worked as a case manager, who has pronounced way too many deaths and was present at the time of death way too many times – it’s their faces I see, their voices I hear, and their concerns I hold in my heart that gives my own voice the strength to carry on and speak for them. It’s a responsibility I take very seriously – so that their concerns and their journey are not forgotten.”

For information on the American Cannabis Nurses Assoc. visit, https://cannabisnurses.org/History-ACNA