Get baking to get baked: Tips on cooking with cannabis 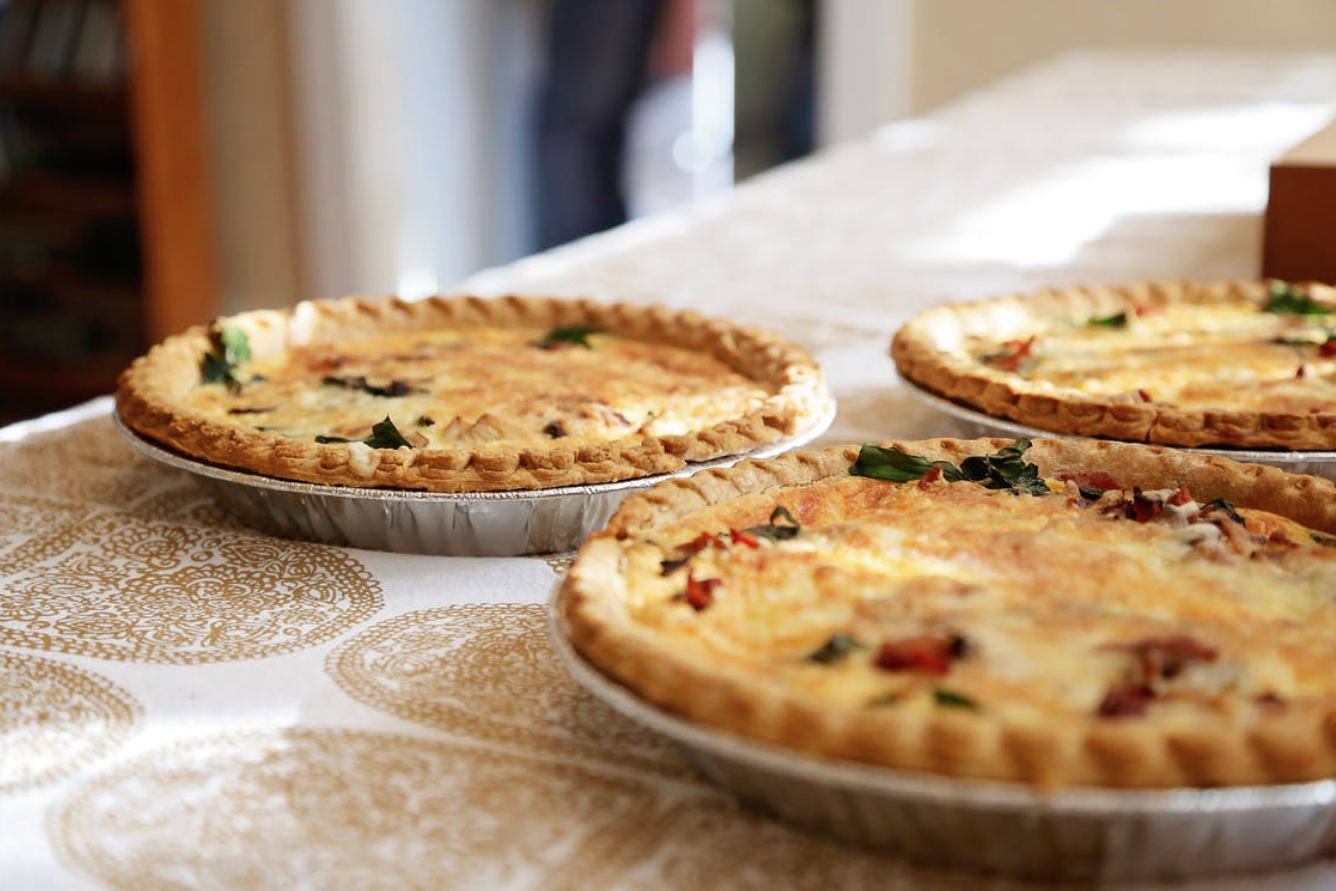 A good night’s sleep and chronic pain relief are as easy as pie.

What you can’t taste? The cannabis oil Gill blends straight into the cheesecake batter.

Tomorrow is 4/20, the unofficial national holiday celebrating cannabis, and locals like Gill want to share the benefits of cooking with the plant, as well their favorite tips.

The Everett resident uses two family recipes that have been passed down for generations. His father decided to combine the family’s famed cheesecake and sweet potato pie recipes, and years ago Gill added cannabis oil. He hasn’t looked back.

For a recipe that relies on experience over exact measurments, Gill is meticulous: He ensures the graham cracker crust is evenly coated, carefully pressing it into a 7-inch springform pan with a butter knife. He boils the yams and makes sure the mixture is perfectly spiced. He adds the cannabis oil to the liquid mixture before blending the cream cheese over philadelphia because, from his experience, it is far creamier and denser.

Gill could give you a rough recipe, but not the years of troubleshooting, testing and family guidance it took for him to perfect his own version.

“I’m standing on the backs of giants,” he said. “You need to find giants. I can’t tell you how to make it, but you can have a slice. ”

Apart from his cheesecake, German chocolate cake and other infused baked goods, Gill is a candy maker for Nasty Jack’s Candy in Arlington. He makes malt balls, like the dark chocolate and espresso flavored “Wake N Bake,” as well as hard candies.

“That’s one of my favorite parts of it: Being able to tell people the medicinal benefits of this and help their grandparents,” Gill said. “My grandma’s happy. She got up and she walked around. So it’s not just for fun.”

“Although it is fun,” he added.

Gill pulled up a photo on his phone: It was a handwritten note from a woman who said his cheesecake was the best she’s ever had.

“When they compliment how it tastes, that’s personal,” he said. “That’s probably my favorite part, because people are serious about their cheesecake. The marijuana part is secondary.”

Ingesting cannabis can be beneficial to those trying to limit smoke inhalation. And it’s a totally different high.

“With ingesting, the effects are going to come on more gradually,” Gill said. “… Thirty seconds to a couple minutes after inhaling, you are experiencing that cannabis at the height you will ever experience it. And it’s always going to be downhill after that time.”

A note: Consuming cannabis is an individual experience. A 10-milligram gummy may not be enough for one person, while the same dosage might be too strong and cause someone else to feel like they’re floating outside of their body. Start with a small amount (two to five milligrams) and give the edible time to kick in — 30 minutes to an hour. If you want the anti-inflammatory, sleep aid and pain relief benefits of cannabis without the high, CBD gummies and edibles that don’t contain THC will do the trick.

“That does not make any sense,” Gill said of the law. “In the beginning and medical days, I could take these cakes to the stores, cut them up and sell them by the slice. It was that easy. But it’s these very strange and arbitrary rules that basically make it so that any potential business I would have is not going to be in a 502 store.”

For Gill, normalizing cannabis use and making it more accessible are key for the industry to move forward.

“It’s not an anti-family substance,” he said. “It’s no different than alcohol. You keep your kids away from alcohol because they’re too young for it. It’s the same as this. The biggest thing is changing the culture so that it is more acceptable to talk about and more acceptable to explore.”

Susan Savage always has a freezer full of butter. It’s creamy and pastel green from the cannabis she infuses it with. She loves adding it to cupcakes, with flavors like banana chocolate chip peanut butter and Oreo funfetti.

Her cannabutter cupcakes — or Cannacakes, as she dubbed them — are potent. In her words, “You’re gonna get baked, sister, when you eat my cupcakes.”

Instead of the neutral-tasting cannabis oil Gill uses for his cheesecake, Savage loves the taste of cannabis in her butter.

“Some people hate the smell of weed. I love everything about it. I like to smell it when I put it in the oven to decarb,” she said, referring to the decarboxylation process that activates the psychoactive compounds in the cannabis plant, i.e. what gets you high.

Low and slow is the way to go when making cannabutter: To decarb, place the weed flower in an oven at 240 to 250 degrees for 30 or so minutes. Times may vary, but it’s best not to go over 300 degrees. After that, Savage will infuse the weed into butter and let it simmer at a low boil for about 30 minutes, then strain the mixture through a cheesecloth. Coconut oil also works well for this process.

A server by day, Savage will have an infused cupcake after being on her feet all day.

“It targets the spots that are hurting you,” she said. “That’s my reaction to it, anyway.”

It helps her sleep through the night, too. For non-sweets, Savage will sometimes throw her infused butter into pasta or when sautéing meat. Just about any recipe you use butter with — as long as you’re not cooking on high heat — cannabutter can also be used. She likes to use every part of the flower: Even the stems, which are less potent, can be used to make tea.

It’s also the perfect date night staple. Savage’s advice for couples: Have a glass of wine and some Cannacakes together.