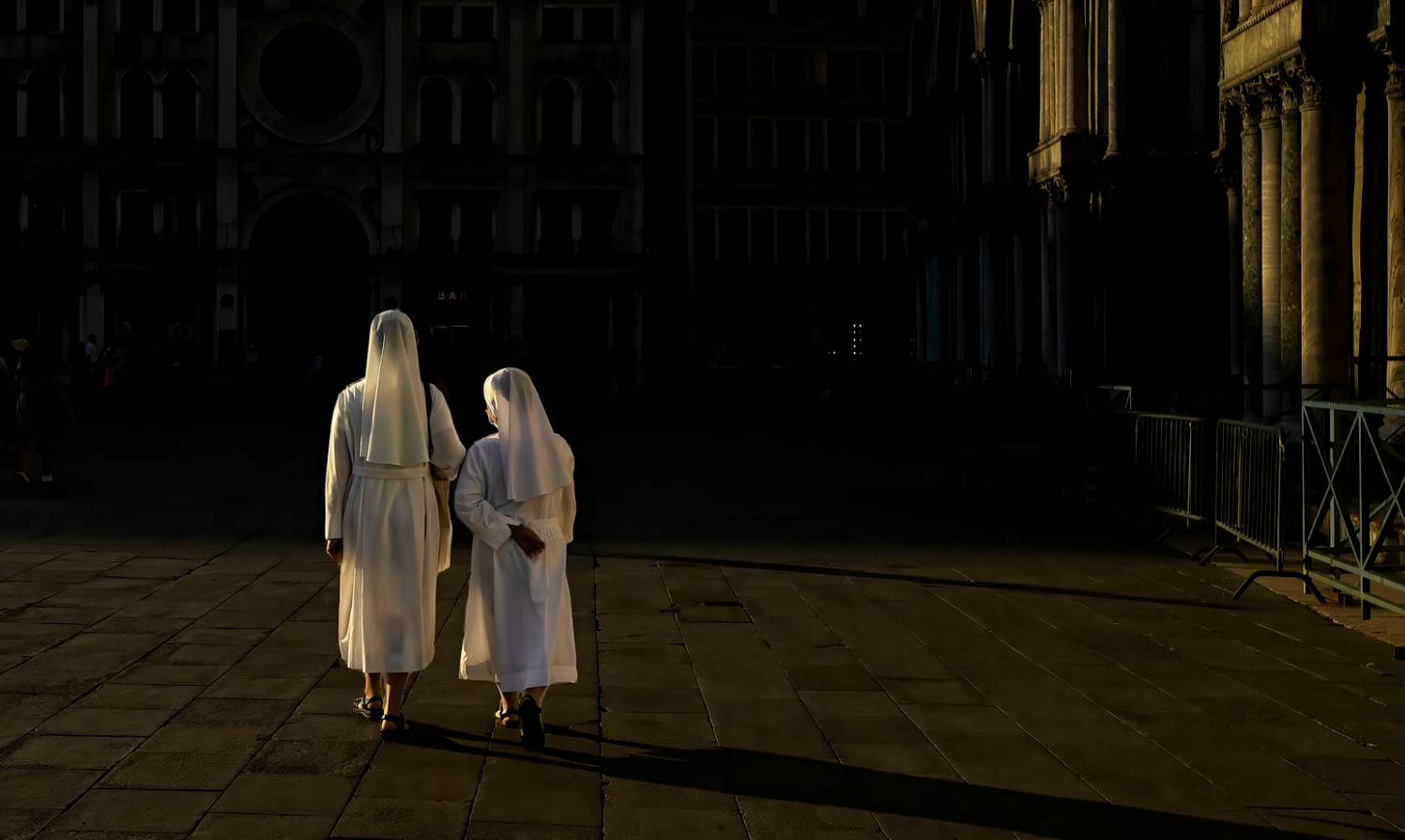 THE Sisters of the Valley, a group of self-ordained “weed nuns,” have rejoiced over the findings of a new study that suggests cannabis may help prevent infections of Covid-19.

Sister Kate, the founder of the non-religious radical feminist sect, expressed delight to The Sun over the results of the study – conducted by researchers at Oregon State University – suggesting that the field of science is finally “catching up” to age-old teachings.

“We are, naturally, pleased that science is catching up with ancient wisdom,” Sister Kate declared in a written statement.

“It’s wonderful progress to have the scientific community say ‘we’re already determined that there are compounds in hemp that can prevent infection’, so now, we can just get on to studying dosage.

“That’s progress,” she added. “Seems like Covid has helped end the debate.”

The Sisters of the Valley is based in Northern California’s Merced County and grows and harvests their own cannabis plants to create holistic medicinal products.

Sister Kate’s remarks come in the wake of a study published by scientists at Oregon State University (OSU) in the Journal of Natural Products earlier this week.

The study found that two cannabis acidic compounds commonly found in hemp can prevent infection of Covid-19 by blocking its entry into human cells.

The compounds, cannabigerolic acid (CBGA) and cannabidiolic acid (CBDA), can reportedly bind to the spike protein of SARS-CoV-2, the virus that causes Covid-19.

By binding to the spike protein, the compounds can prevent the virus from entering cells and causing infection – and, as a result, offer new potential avenues to help prevent and treat the disease.

The lead author of the study Dr. Richard van Breemen, a researcher with Oregon State’s Global Hemp Innovation Center, said in a statement: “These cannabinoid acids are abundant in hemp and in many hemp extracts.

“They are not controlled substances like THC, the psychoactive ingredient in marijuana, and have a good safety profile in humans.”

Van Breemen added that, in addition to proving effective against the alpha and beta variants of Covid, CBDA and CBGA also were successful in blocking other coronavirus strains too, including the Delta variant and highly-contagious Omicron.

The spike protein CBGA and CBDA binds is the same part of the virus targeted by coronavirus vaccines and antibody therapies.

“Any part of the infection and replication cycle is a potential target for antiviral intervention, and the connection of the spike protein’s receptor-binding domain to the human cell surface receptor ACE2 is a critical step in that cycle,” van Breeman said.

“That means cell entry inhibitors, like the acids from hemp, could be used to prevent SARS-CoV-2 infection and also to shorten infections by preventing virus particles from infecting human cells. They bind to the spike proteins so those proteins can’t bind to the ACE2 enzyme, which is abundant on the outer membrane of endothelial cells in the lungs and other organs.”

While further research is still needed, van Breemen voiced optimism that his study shows that CBDA and CBGA could be developed into drugs to prevent or treat coronavirus.

“These compounds can be taken orally and have a long history of safe use in humans,” van Breemen explained.

“They have the potential to prevent as well as treat infection by SARS-CoV-2. CBDA and CBGA are produced by the hemp plant as precursors to CBD and CBG, which are familiar to many consumers.

“However, they are different from the acids and are not contained in hemp products.”

The researcher further reiterated the significance of the discovery that the cannabinoids appeared effective against new variants of the virus.

Van Breeman added: “These variants are well known for evading antibodies against early lineage SARS-CoV-2, which is obviously concerning given that current vaccination strategies rely on the early lineage spike protein as an antigen.

“Our data shows CBDA and CBGA are effective against the two variants we looked at, and we hope that trend will extend to other existing and future variants.

“Resistant variants could still arise amid widespread use of cannabinoids but that the combination of vaccination and CBDA/CBGA treatment should make for a much more challenging environment for SARS-CoV-2.”

Van Breemen’s endorsement of cannabis as a promising tool to prevent Covid-19 infections was music to the ears of Sister Kate, who for years has been preaching the healing powers of marijuana and CBD.

Her California-based sect, The Sisters of the Valley, grow and harvest their own cannabis plants to create holistic medicinal products, such as cannabidiol (CBD) salves, tinctures, balms, and soaps which they sell online.

They use a strain of marijuana that eliminates the psychoactive compound of THC, but still contains CBD, which has been touted to help treat everything from epilepsy to cancer and addiction.

THE SISTERS OF THE VALLEY

Sister Kate, real name Christine Meeusen, started the business with only 12 plants but has since grown the organization into an international outfit that was, until the pandemic, turning profits of more than $1.1million.

Despite the group’s moniker, Sister Kate told The Sun in a previous interview that the Sisters of the Valley are in no way affiliated with the Catholic Church.

“We do things that are spiritual but none of us are associated with any religion specifically,” she explained. “Religions sell words but we want to do much more than that.”

Sister Kate added that the Sisters of the Valley are striving to revive spiritual practices that “put Mother Earth at the center of everything.”

“So we created something that is nonreligious, but it’s spiritual – and it’s very eco-feminist in nature.