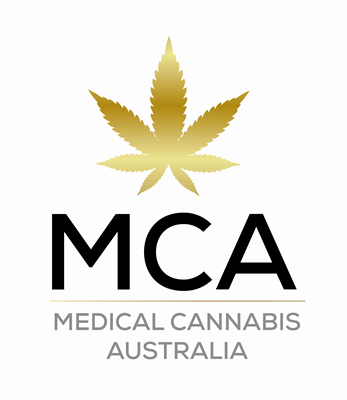 SYDNEY, Australia – Medical Cannabis Australia (MCA), the latest venture by entrepreneur Sharon Bentley, has taken a large step toward its goal of growing into a leading supplier of top-quality medical marijuana by reaching an agreement to export the plant to a German pharmaceutical research firm.

Lexamed GmbH currently cannot conduct research into the potential pain-relieving qualities of cannabis due to the European nation’s delays in allowing domestic cultivation. But under an agreement brokered by an American consultancy, Agate Biosciences, MCA will be shipping to Lexamed GmbH immature marijuana plants (“clones”) and associated products.

“MCA is very excited to be working with Lexamed GmbH,” Bentley said. “We feel we share the same values and are focused on producing the best quality medicines to make available to patients in need.”

Bentley founded MCA, located in Sydney, following success in the fields of restaurants, and property investment and development. One such enterprise is a family-run orchard producing Extra Virgin Olive Oil, which has won multiple awards at the highest level in Australia.

“For MCA to play such an important role in the advancement of cannabis-related medicine is a professional milestone, certainly, and an even greater personal reward,” Bentley said.

Although the German government has allowed seriously ill patients to use cannabis since early 2017, licenses for growers not expected to be awarded until the second quarter of 2019 so it may be another year before inaugural harvests.

“With our team of experienced doctors, pharmacists, lawyers, and competent partners from the business world, we know what we want to do,” said Lexamed GmbH CEO Dr. Oskar Sarak, “but because of current regulations concerning cultivation, Lexamed GmbH cannot undertake the thorough and rigorous investigation needed to turn cannabis into medicine.”

Lexamed GmbH, located in Karlsruhe near Stuttgart, will be conducting research focused on both the THC and CBD content of the cannabis plant.

“The well-being of our patients and their prospects for pain relief in many fields of palliative care is a matter close to our hearts,” Sarak said. “Thanks to our partnership with Medical Cannabis Australia, and to Agate Biosciences for bringing us together, we’ve taken a big step toward finding answers.”

While the importation of cannabis into Germany is not novel, what is new is an Australian company stepping up to help. According to trade publication Apotheke Adhoc, of the 1.8 tons of cannabis brought into Germany during the first half of 2018, about 60 percent of those imports were of Canadian origin with the rest coming from the Netherlands.

Said Agate Biosciences’ CEO and co-founder, Dr. Jackie Green: “Cannabis for therapeutic use is gaining acceptance across the globe, but different nations are developing their laws at different speeds. For the advancement of science and our industry, we are proud to have coordinated this arrangement to put cannabis grown in Australia in the hands of Germans who need it the most but cannot access it domestically.”