Inside one of the first licensed medical cannabis labs in Britain 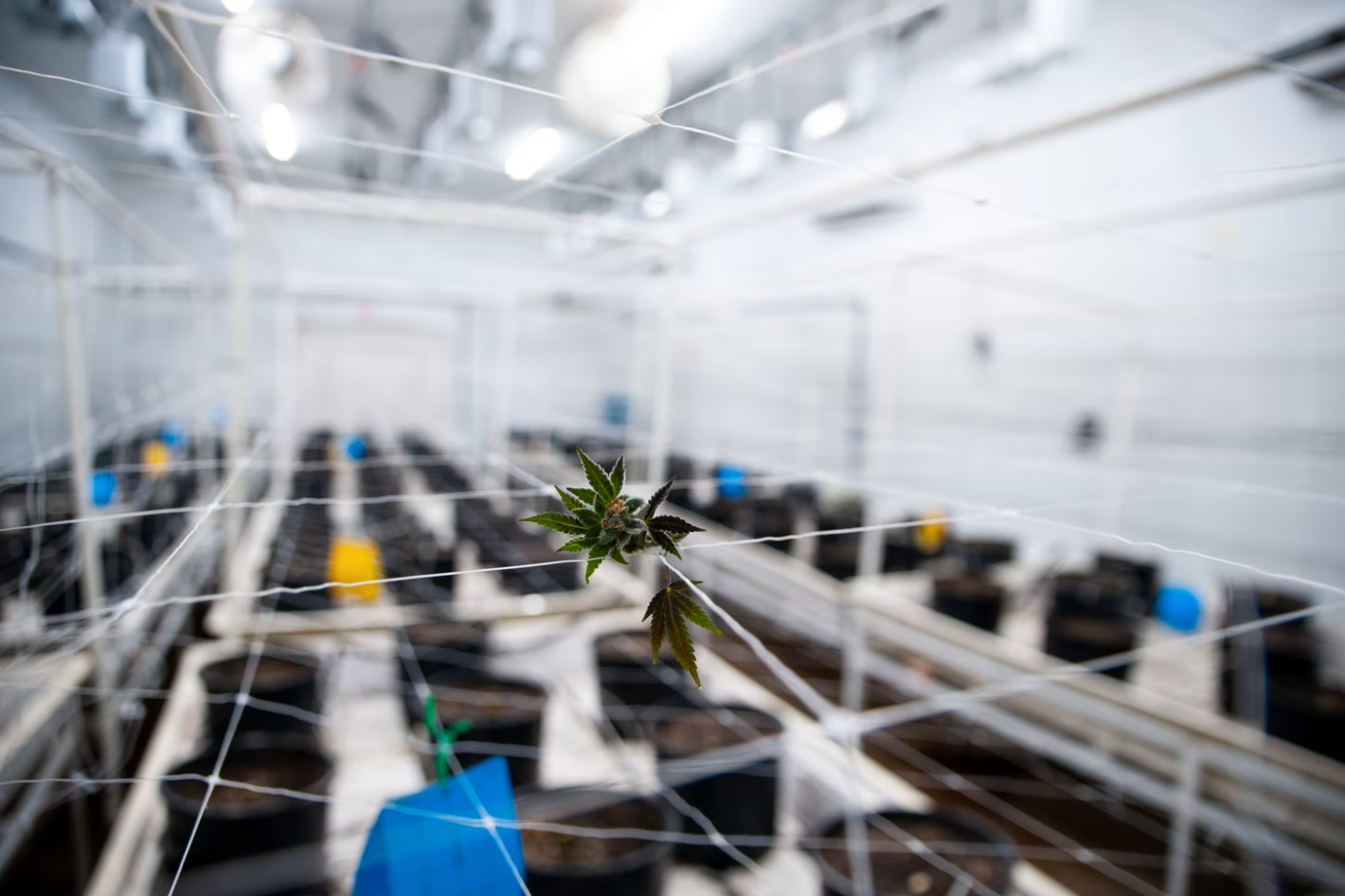 A sweet smell wafts through the air, as two men weave through the small room tightly packed with cannabis plants, growing high above their shoulders in a flush of intoxicating flora.

This isn’t yet another illegal weed factory but one of the first licensed medicinal marijuana labs in Britain.

Wielding a quantum sensor, microscope and leaf barometer to check in on the 180 plants growing up to 1.5 metres tall out of waist-height hydroponic planters, the two men are agronomists – experts in the science of crop production – at the West Midlands plant owned by Celadon Pharmaceuticals.

They want to ensure optimal light, oxygen, water and nutrient levels, and harvest the flowers after about nine weeks, from which cannabinoids are extracted and put into vials.

The cannabis grown for medicinal purposes is under tightly controlled conditions that ensure consistency and high quality across batches at a secret location by a startup created in 2018, the year Sajid Javid, the then UK home secretary, authorised its use.

Celadon is one of the few firms that grow medical cannabis in the UK but, unlike others, uses an indoor lab rather than greenhouses. This means it can produce five to six harvests each year and a much higher yield, it says, although an indoor lab is more expensive to run.

The company is following in the footsteps of GW Pharmaceuticals, a trailblazer that developed the first cannabis-based medicine to be licensed in the UK in 2010, Sativex for multiple sclerosis, which costs about £2,000 a year. However, NHS prescribing of the mouth spray remains very limited and varies across the country.

Javid’s decision to legalise medical cannabis in 2018 came after a long-running campaign waged by the parents of children diagnosed with severe epilepsy, who reported that cannabis oil helped with their condition. However, medical cannabis can only be prescribed by specialist doctors, patients often pay for it themselves, and it cannot be imported until a prescription has been issued, on a named-patient basis.

James Short, the 54-year-old founder and chief executive of Celadon, was sceptical at first. “In early 2018, my son approached me and asked me did I want to invest in the medical cannabis sector? I said it’s not for me,” he says. “When the government legalised it, he came back to me and I said: ‘Let’s look at it.’ I spoke to many patients who have used medicinal cannabis, especially for chronic pain, and it was those patients that persuaded me that it wasn’t snake oil – it really worked and had changed their lives.”

Robin Davison, a biotech analyst at Equity Development, says: “A lot of people do find they are getting pain relief for long-term pain like back pain [from medical cannabis], and they want to avoid using opioids.” Other promising areas include anxiety, particularly in Alzheimer’s patients, which the rival pharmaceutical firm MGC is studying.

Celadon is believed to be one of the first pharmaceutical companies in the UK to receive a home office licence to grow high tetrahydrocannabinol (THC) medicinal cannabis, and will initially focus on chronic pain treatments. It is working with partners to investigate the potential of cannabinoids in other areas, including autism and diabetes.

The cannabis plant has hundreds of different natural compounds, or cannabinoids. The two best known are THC, which on the wrong levels can cause a “high” but relieves pain, and CBD, which is anti-inflammatory and moderates the psychoactive nature of THC.

The company grew some cannabis test batches to gain approval from the UK medical regulator, the the Medicines and Healthcare products Regulatory Agency, and is working on ramping up production. At full capacity, it could grow 10 to 15 tonnes a year and supply up to 50,000 patients, generating £90m in annual revenues. Short has ambitions to open more sites.

Big pharma has so far stayed away from a rapidly growing market that could be lucrative to the smaller players. The industry group Prohibition Partners estimates that about €354m worth of unlicensed medical cannabis will be sold in Europe this year, and projects this will grow to €2.3bn (£2bn) by 2026. Other analysts reckon these forecasts are too high but say growth will still be impressive.

Celadon has taken a majority stake in the private London pain clinic LVL Health, which is testing medical cannabis in 100 patients with non-cancer chronic pain in a feasibility study, before a wider trial of up to 5,000 people, the only such UK trial that has conditional regulatory approval. They are given an inhaler that uses ground cannabis flower in a cartridgewhich is a smart device that is connected to an app to control dosage.

Short, from Preston, is a former property developer who later switched to generating energy from waste, and then started investing in data companies. He had bought a £30m one-storey datacentre that now serves as the site of Celadon’s 100,000 sq ft medical cannabis lab, guarded by high security.

The Department of Health estimates that 8 million people in the UK suffer from a form of chronic pain, of whom 3 million may be eligible for cannabinoid medicines where other treatments have failed. An estimated 1.4 million people are buying cannabis products on the black market to self-medicate.

While the use of cannabis for medicinal purposes dates back thousands of years, the UK has lagged behind other countries such as Canada and Germany, and there have been calls on the government to allow GPs to prescribe medical cannabis.

Short’s greatest frustration is the lack of reimbursement, and he says this is shortsighted. “I speak to patients on a regular basis who can’t work and are in terrible pain each day, that don’t want to be on opioids. Some are having to pay hundreds of pounds each month for medicinal cannabis. It really does work.”