Cannabis: A Primer — Cannabinoids, Terpenes, Flavonoids and Esters and the Endocannabidome, By Fred Delisio 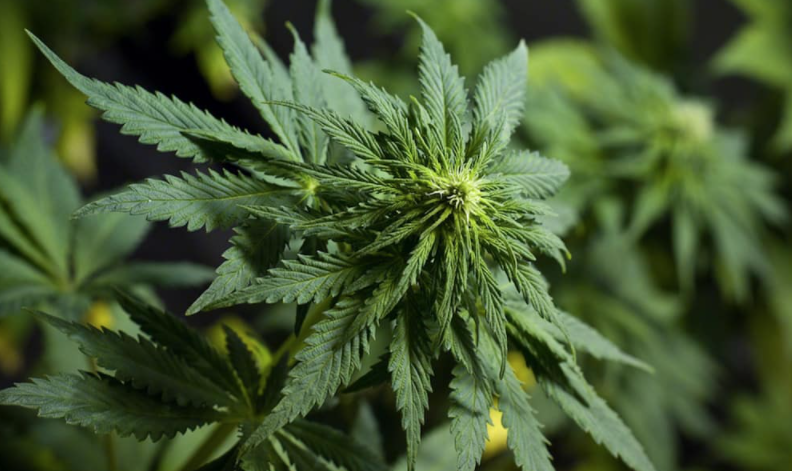 Cannabis is such a complex plant, producing over 450+ chemical compounds, in widely varying ratios of each individual compound, that it may take lifetimes of study to unravel the complexities of how it addresses so many issues in the human body.

The fact that our bodies have an “endogenous cannabinoid system” native to it, that regulates and controls every other system in the body, is proof positive of the symbiotic relationship between plants and humans.

Of all of these chemicals, cannabinoids are by far the most unique, beneficial compounds this plant produces.

Terpenes, flavonoids, esters, are produced in vastly varying ways by all vegetative life on the planet, tinting and coloring our tastes and smells, and accounting for the world of flavors and odors of the Earth, to our benefit and delight.

But cannabinoids are unique, to our bodies and cannabis — isn’t that an interesting thought to ponder…?

Cannabis concoctions have been used for medical benefits for literally thousands of years, but identifying the mechanisms and manner in which they specifically benefited the body are still of great interest, as we are still very unclear on what combination of cannabinoids, terpenes, flavonoids and esters, in what individual proportions, are deemed “just right” to effect fundamental change in body chemistry to have a beneficial, lasting effect.

Studying these effects and analyzing them in close detail has been hampered by the fact that cannabis has been deemed “of no medicinal value” by the powers that be, and the irony here is stunningly obvious.

So many medications on the market have been taken from plants, fractionating whole-plant material to extract and isolate one chemical compound, to treat a symptom, when the fact is, the plant itself IS the actual medicine, with all of the buffers and compounds it needs to allow the body to metabolize the orchestra of chemical compounds.

Thus, when taken together, they become far more beneficial to the body, holistically. Rather  than trying to isolate a single compound to treat a single symptom, we are treating the illness or affliction as a whole, to cure or eliminate it, not just mask the symptoms.

The reason the complete, whole-plant approach is appealing, is this plant has been used successfully for so many beneficial uses over the millenia.

But one of the biggest obstacles of cannabis as medicine, is the effect that a single cannabinoid (out of over 100) has on the mind.

This single issue, how Tetrahydrocannabinol affects the CB1 receptors in our bodies, has prohibited the experimentation and research into using cannabis as medicine, because it brings relaxation, and relief, in addition to other health benefits.

I have to say that again…

Because THC brings about relaxation, and relief, it has been persecuted and rejected out of hand as a medicine.

Does that make any sense, in a logical world…??

What this means, is that because of the relaxative and relieving properties of cannabinoids, critically- and terminally-ill people, worldwide, are dying needlessly, every single day.

Ok, folks — we’re going to DIVE DEEP, and get medical, and technical, but this is complex stuff.

The way cannabis affects the body is unrivaled by any other group of compounds on the planet.

Our bodies produce cannabinoids, as does every vertebrate body on earth, called “endogenous cannabinoids”, or endocannabinoids.

While our bodies are composed of many systems, what is taught in medical school, to this day, is that there are 11 major organ systems in the human organism.

Yet, the system that is responsible for the health and balance of all of those systems is left out of the teachings, to this day.

The Endocannabinoid System, which is responsible for maintaining systemic homeostasis throughout the body.

Without endocannabinoids, our bodies could not function.

This is the reason that cannabis medicines can address such a wide array of health issues.

It’s all about maintaining the delicate balance of compounds in our body, and as we age, that changes, and can become unbalanced, and those changes need to be addressed.

“The classical definition of the endocannabinoid system (ECS), at the turn of the century, was that of a complex pleiotropic (has more than one effect) system composed by:

(2) their endogenous ligands, the ‘endocannabinoids’ (EC) and

(3) the five enzymes believed at that time to be uniquely responsible for EC biosynthesis and degradation.”

However, studies carried out during the last 10 years have revealed the potential existence of a high degree of redundancy for both the molecular targets and metabolic routes, and corresponding enzymes, of the ECs.

Endocannabinoid signalling is involved in regulation of cell, tissue, organ and organism homeostasis, brain development, neurotransmitter release and synaptic plasticity, and cytokine release from microglia, and is implicated in a myriad of neurological disorders.

When you hear the media and doctors refer to a “cytokine storm” in the lungs when referring to the Covid-19 virus and its effects, they are specifically referring to an immune-system response that floods the inflamed lungs with fluid, to “heal” the irritated tissue, but in fact, the end result is drowning the patient in their own fluids.

Cannabinoids have the ability to keep that in check, and reduce the immune response, helping patients’ bodies respond in a much less aggressive and more beneficial way to the virus.

In addition, cannabinoid therapies can decrease viral receptors in the body by 73 percent, reducing the odds of being infected by any virus.

This matrix is so new to medicine, specific terms and associated terminology are still being defined.

“These new discoveries proved that the time had come to expand our view of the ECS. Other bioactive long-chain fatty acid amides were identified, and their biosynthesis, inactivation and function investigated. Since this plethora of novel mediators has something more than a few chemical features in common with ECs, the name of “endocannabinoidome” (eCBome) was proposed.”

This term has been introduced by a very important researcher in this field, Professor Vincenzo Di Marzo.

He has defined the endocannabinoidome as “a very complex system composed of more than hundreds of different fatty acid-derived mediators, and more than fifty different receptors and enzymes catalysing the synthesis or the degradation of these lipids.”

Basically, (and there is NOTHING “basic” about any of this — it has the world of medicine redefining and reevaluating treatments of everything, quite literally, “head-to-toe”), the subtle modulation of effects of different phytocannabinoids, terpenes, flavonoids and esters, TOGETHER, are vastly new territory at this point, because of the subtle interactions of all of the myriad of compounds, and how each tends to help modulate and attenuate the end effect.

Because endocannabinoids can activate different receptors, and their biosynthetic and catabolic pathways are often shared with other mediators, consequently, the system is considered to be part of an expanded signalling system (the “endocannabinoidome”).

I know I’ve repeated myself a few times here, but it’s simply to clarify this very complex concept, because there are so many moving parts to this.

The endocannabinoid system, i.e. the receptors that respond to the psychoactive component of cannabis, their endogenous ligands and the ligand metabolic enzymes, is part of a larger family of lipid signals termed the endocannabinoidome.

This led to the discovery that the gut microbiota was also controlling the gut barrier function by a mechanism linked with the main receptor CB1, but also that the expansion of the adipose tissue (basically, stored fat), observed during obesity could also be associated with the regulation of the endocannabinoid system.

Recent discoveries of the roles that the eCBome plays within peripheral tissues in diabetes, and how it is being targeted in an effort to develop novel therapeutics for the treatment of this increasingly prevalent disease.

As with the endocannabinoid system, many endocannabinoidome members regulate several physiological processes, including energy intake and storage, glucose and lipid metabolism and pancreatic health, which contribute to the development of type 2 diabetes.

They have analyzed the impact of microbial transplantation on the eCBome throughout the gastrointestinal tract, with more than 50 genes and more than 20 different lipids from the endocannabinoidome.

Supplemental phytocannabinoid tinctures and medicines generally are delivered in different “carrier” oils, like hemp, coconut or MCT oil, which are lipids, and are easily absorbed and metabolized by the gut, where the eCBome can utilize to augment any endocannabinoids that are lacking.

CB1 regulation of gut barrier is under the control of the gut microbiota, and the overall results are clearly showing that many molecules from the endocannabinoidome are tightly regulated by the gut microbiota.

This also strongly suggests that we have to take into account the gut microbes and their impact on the regulation of genes involved in the response to some phytocannabinoids, drugs or to some nutrients, and the impact on health.

This is complex stuff, but seriously, it is the key to unlocking the mysteries of the body, and healing ourselves with whole-plant medicines, and also, to solving some of the complex relationships between phyto- and endocannabinoids, terpenes, flavonoids, esters, and the newly-defined Endocannabinoidome.

Until next time, everyone stay safe, be well, and ingest phytocannabinoids daily.