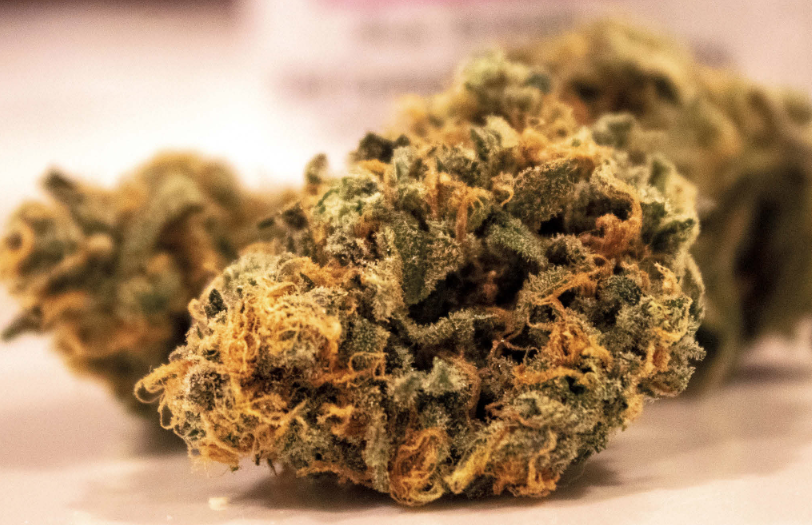 The political system in Israel is in an ongoing event of one long election campaign: Due to the fact that neither side on the political map has succeeded in forming a coalition, the Israeli public finds itself preparing for a third general election in less than a year – and probably not the last.

Amos Silver, the founder of the “Tellegras”, a platform based on the “Telegram” app that promotes illegal dealing and trafficking of cannabis (which in practice took over a significant share of the domestic cannabis market), is seeking to take advantage of the wave of sympathy he gets on the streets and tries to run for local parliament. 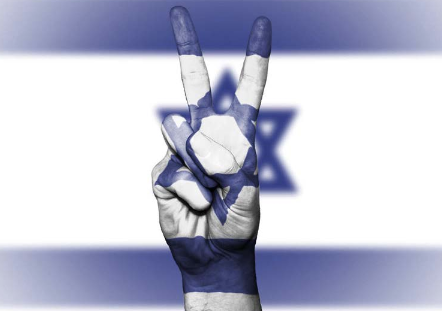 “The biggest headache of the Israeli Police.”

Since 2017 Israel was undergoing a quiet revolution: the local cannabis market, which for years was mostly based on the “traditional ways” of the commerce of illegal substances, has been transformed almost exclusively to trading online.

Although “Tellegras” was not the first to offer an online cannabis-trading platform for Israelis, it certainly was the largest and most popular one, with the vast majority of the clientele. At its peak, “Tellegras” reached more than 200 thousand customers across the country (more than 15,000 in Tel-Aviv alone), and the press crowned the project as “the biggest headache of the Israeli Police.”

Silver, who at the time was hiding in California, USA, away from the reach of the Israeli police, enjoyed countless interviews to the Israeli media, which he took advantage to brag about the law enforcements in the holy land fail in combating the trafficking of cannabis.

It was obvious that Amos got a lot of satisfaction from sticking a finger in the eye of the police: “The cops can talk all they want about their success in the war against drugs – but it is a fact that in Israel of today it is much more convenient to order a bag of cannabis than a pizza tray – and the bag of cannabis will arrive faster.” He used to say (with some justice, one might add).

The party is over

The glory days of “Tellegras” in the Israeli Cannabis market continued to flourish almost uninterrupted for two consecutive years.

During this period, the police managed to implant a very small number of undercover agents inside the organization, and although a few operators who were able to penetrate “Tellegrss” did lead to the arrest of several dealers – the police failed time after time to reach their management layer.

The “Tellegras” celebration lasted until 12 of March last year (2019), when the Israeli police coordinated an international operation in cooperation with the American and the Ukrainian police: law enforcement officers raided the residences of dozens of suspects in managing the “Tellegras”. Amos Silver, the founder of the organization, was arrested by the Ukrainian police in a raid on a hotel in Kyiv, where he was staying.

The widespread operation was finally carried out after the Israeli police arrested one of the directors of the “Tellegras” for cultivating cannabis, and during the investigation, he was convinced to betray his colleagues in the project and start working as an undercover police agent.

The Israeli police celebrated in the local media the arrest of the founder of the “Tellegras”, but in reality, Silver managed to delay his extradition to Israel for almost six months, at that time he was held in a secure apartment in Ukraine.

Even after the Ukrainian court eventually decided to extradite him to the Israelis, Amos Silver managed to evade the Ukrainian law enforcement once again:

Silver was brought to Kyiv airport accompanied by local police officers, but after the security inspection inside the airport, the security officers left him – and Silver seized the opportunity to make a “U-turn”, escape from the airport and disappear. Less than 24 hours later he was captured again, this time in the city of Uman in central Ukraine. The local police did not take a risk and sent him on a plane while he is handcuffed and accompanied by two enforcement officials.

After returning to Israel, Amos’s arrest was extended several times in court, an indictment was filed last September, and since then he has been awaiting his trial for almost a year, a relatively long and exceptional period for the Israeli legal system.

Meanwhile, until the trial opens, Silver desires to take advantage of the election period in the country and wants to try his luck in running for the Israeli House of Representatives – the “Knesset”.

“Amos has always been into politics, he seeks to change laws and adapt them to the wishes of the public. This is also the goal of “Tellegras”. ” Said Gali Amar, Silver’s wife (who was also arrested during the extensive police operation but was released shortly afterward), “He wants a change. Moreover, he desires to expand into other areas beyond legalization and cannabis. ”

Amos is listed as number two of a small, anonymous party called “Liberal and Economic Power,” headed by economist Gilad Alper, who did not spare words about the project Silver initiated: “I really appreciate what he (Amos Silver) did with “Tellegras”. He contacted us, we talked about cooperating and it seems to me very appropriate – Amos saved, literally, thousands of Israelis who needed medical marijuana and did not receive it from the state. ”

It should be noted that although the “Tellegras” platform gave service to more than 200,000 customers, and Silver himself is very popular among a certain percentage of the Israeli public, it is hard to believe he could pass the threshold needed to enter the local parliament. However, that will not stop Silver’s surroundings from trying – neither will the Israeli court.

“The applicant’s actions are accompanied by a serious moral flaw”

Silver submitted his candidacy to the Knesset in mid-January, sending the required forms from his detention cell. A week later, however, the Chairman of the Central Election Commission, Neil Hendel, had already disapproved candidate and ordered his name to be deleted from the list.

“The applicant’s actions are accompanied by a serious moral flaw. Since the applicant did not face the burden of proving otherwise, he cannot contest the elections for the 23rd Knesset, ” Handel wrote in his decision.

Although the Elections Committee’s decision to disqualify Silver denied him the opportunity to run for the Knesset in the last elections in Israel held in earlier this month (March), but – according to many assessments, it is very possible that the political system in Israel will find itself in the coming months facing another election round, and it is likely that Silver will appeal the decision:

“Against Netanyahu (the Israeli prime minister), and against other Knesset members, there are far more serious allegations.” They claimed in the vicinity of Silver, ” Bribery, breach of trust and all such things. If they can run for Knesset, so can us.”