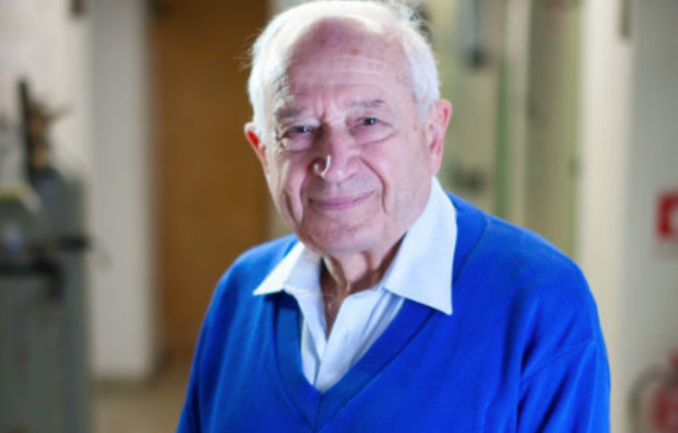 Fresh insights into the therapeutic properties of cannabis-derived compounds – A.K.A. ‘cannabinoids’ – have been announced by Raphael Mechoulam.

The “Godfather of Cannabis Research” took to the stage at the Pasadena Convention Center, Pasadena, CA, from September 23-24. It was during this time that CannMed 2019 was held; an annual event that invites masters of cannabis science, safety, medicine and cultivation to share their latest findings.

Dr. Mechoulam, who assumes the role of EPM Head of Research, indulged the audience with information regarding the science and chemistry that led to his most recent innovation. The Israeli Professor was joined by more than 50 speakers and presenters, all of whom enlightened the crowd about a newly discovered family of stable, synthetic cannabinoid acid molecules that could be more powerful than the up-and-coming cannabinoid CBD (cannabidiol).

Start-up EPM led the research initiative in collaboration with Dr. Mechoulam; as well as a publicly-traded laboratory company, six universities spread across Israel, Canada and the United Kingdom, and the largest topical cream company on the planet.

Just who is Raphael Mechoulam?

Before we delve into EPM and Mechoulam’s breakthrough discovery, let’s learn a bit more about this iconic chemistry teacher. Born in Bulgaria back in 1930, Mechoulam emigrated to Israel with his family in 1949. Soon after, he began studying chemistry.

Less than 10 years later, in 1958, he bagged a PhD at the Weizmann Institute, Rehovot; his thesis honed in on the chemistry of steroids.Following two years of postdoctoral studies at New York’s Rockefeller Institute, Mechoulam joined the Weizmann Institute’s team of scientific staff members, where he remained for five years investigating the synthesis, isolation and structure elucidation of cannabis’ primary constituents.It was during the 1960s that Dr. Mechoulam earned his title as the “Godfather of cannabis research,” following his groundbreaking discovery of the endocannabinoid system (ECS).

Some years later, in 1994, he was elected to become a member of the Israel Academy of Sciences and Humanities.Since he kick-started his cannabis research efforts all those years ago, Mechoulam has received nominations for more than 25 academic awards, such as the Israel Prize in Exact Sciences: Chemistry (2000), the Heinrich Wieland Prize (2004), the Israel Chemical Society Prize for ‘Excellence in Research’ (2009) and the EMET Prize in Exact Sciences: Chemistry (2012).

Synthetic Compounds Could Be More Beneficial for Depression than CBD.

Mechoulam’s latest finding, cannabidiolic acid methyl ester (HU-580), stands to benefit patients with anxiety, depression and stress significantly better than the very famous cannabinoid CBD. The only downside is that HU-580 – which is derived from CBDA – is an unstable compound.‘CBDA’ is short for ‘cannabidiolic acid’. It shares a similarity with CBD in that this naturally-occurring compound does not induce a high in consumers. 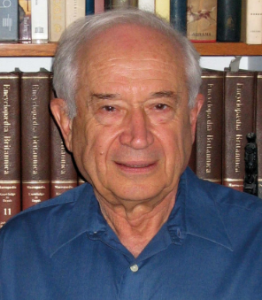 Known for being the mother of all cannabinoids, CBDA does not produce unwanted side effects and holds immense therapeutic potential. According to Mechoulam, patients with stress-induced anxiety could yield greater relief from HU-580 than they could if they used CBDA. “There are many things that are still not known in the field of cannabis. The plant produces a group of compounds called cannabinoid acids. The acids were not investigated until recently, not very thoroughly at least, because they are not stable; they break down,” explained Professor Mechoulam.

“The medical industry, the major medical industry, wants to have pure compounds that have been investigated and thoroughly tested. So, a few years ago we decided to go ahead and try to stabilize these acids, and we were able, chemically, to stabilize them. Now it is possible to investigate them.”Mechoulam enlightened CannMed attendees on EPM, which is the company that he is working with to develop cannabinoid acids and explore their effects.

“We are looking into the activities of these acids and they seem to be important and very important particularly in a variety of fields. Chances are that we have something of considerable medical importance, and I am sure that there will be ways to introduce these compounds as medical agents,” he continued, adding that collaborations are absolutely integral to the success of his and EPM’s efforts. “Cannabis and cannabinoids are not a tiny project – one compound for one disease – however, I show that it is really a very, very wide field of research. We need good new drugs in a large number of fields, and this is an open field for new drugs, new preparations. I believe there will be a lot of work in this field over the next decade or so, or maybe two decades.” 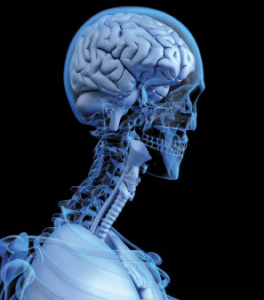 EPM was co-founded by Reshef Swisa, alongside Dr. Mechoulam.

Swisa accomplished the task of stabilizing the acid version of the “Active Pharmaceutical Ingredient” and standardizing a technique that would ensure production is consistent. This gives the cannabinoid solution plenty of potential for use in the pharmaceutical industry, which relies on consistency. Currently, EPM has gained approval for one patent, with an additional 13 awaiting review. The “Active Pharmaceutical Ingredient” will be offered to pharmaceutical retailers on the basis that they hold a specified license. Certain medical conditions will be granted exclusivity.

A topical cream developed to provide relief from psoriasis will likely be the first type of product to hit the market, Swisa says. Customers won’t be limited to using the EPM’s ingredient for skin conditions, however, since tests have also confirmed the ingredient’s ability to treat anxiety, arthritis and inflammatory bowel disease. “We are not a drug developer. We are a molecule developer,” said Swisa, who is equally as optimistic as Mechoulam that Phase 1 of FDA testing for EDM’s application will commence within 6-12 months.

The CBD Market is Growing Exponentially Across the Globe

A report conducted by MedGadget valued the global CBD market at USD$3,088.51 million in 2018; equivalent to GBP£2,363.77 million. By 2026, the worldwide CBD market is predicted to swell by USD$2,207,162.54 million; equivalent to GBP£1,689,237.61 million. The data projections claimed that between the years 2019 and 2026, the worldwide CBD market will grow at a compound annual growth rate of (CAGR) of 125.58%.Based on MedGadget’s report, the CBD market is divided into solid and liquid forms. Solids include CBD crystals, CBD wax, capsule/softgel and hash, while liquids generally include CBD oil, tinctures, topical balms and lotions, and e-liquids.

MedGadget’s report spotlighted the most popular uses for CBD in the global retail sector, with diabetes, energy drinks, fibromyalgia, neurodegenerative disorders and protein bars being the most common uses for the non-psychotropic cannabinoid. The CBD market is predominantly divided between healthcare, food & beverage, although the cannabis-derived compounds does crop up in other avenues, too.

As a cannabinoid that possesses abundant therapeutic qualities, it’s understandable why. On the other hand, based on Mechoulam’s work, EPM’s newly developed synthetic compound could be more effective than CBD.Mechoulam’s previous work stimulated the approval of a CBD-containing medication for epilepsy. Thanks to his research, GW Pharmaceuticals-owned company Greenwich Biosciences managed to produce FDA-approved Epidiolex, which was specifically developed to relieve seizures caused by two rare forms of epilepsy.

Drug developers and manufacturers have been eagerly awaiting the announcement of ‘HU-580’, which is the abbreviated name of the synthetic compound – cannabidiolic acid methyl ester – that Mechoulam proudly discussed at CannMed 2019. The year prior to it being talked about onstage by the Israeli scientist, a study was published in the British Journal of Pharmacology about it.

Mechoulam and co-authors participated in the study, which elaborated on ‘HU-580’. Astoundingly, the team claimed that the synthetic compound may hold more potential as a “medicine for treating some nausea and anxiety disorders” than its better-known counterpart CBD. In-depth clinic trials saw that the acids effectively treated both types of disorders without inducing unwanted side effects. The scientist and co-authors noted that the successful results outshone the results produced by CBD.EPM’s discovery could open a window of opportunity for new pharmaceutical drugs to be developed; utilizing the acid’s structural composition as a foundation.

Mechoulam says that a wide spectrum of drugs could be used as treatments for health conditions like arthritis, anxiety, inflammatory bowel disease (IBD) and psoriasis. Although the naturally-occurring CBD acid (CBDA) is not a stabilized compound, its potency in comparison with CBD is around 1,000 times stronger. Moreover, it can better bind with the serotonin receptor, which is believed to contribute in easing the symptoms of anxiety and nausea.“It’s an interesting molecule that potentially doesn’t have side effects,” said Dan Peer, who assumes the role of head of the Cancer Biology Research Center at Tel Aviv University and managing director of the Center for Translational Medicine.

“It works like a steroid. If it doesn’t have adverse effects, then you have a replacement, which is great.” Peer’s comments were in reference to tests that he conducted into the effects of cannabis acids on IBD.

The 89-year-old bagged a Lifetime Achievement Award at the Arcview Investor Forum: The Evolution of Cannabis: 2020. During the event, which took place in New York on Thursday, October 3, 2019, the Professor also had a $10,000 research grant bestowed upon him.

“Cannabis research has never been more critical to the future of our industry, especially as the federal government begins processing dozens of pending applications for the steps necessary to improve access to marijuana research,” said the CEO and co-founder of Arcview Group, Troy Dayton. “As the first person to synthesise THC, identify the endocannabinoid system and illustrate the medicinal properties of cannabis, no one is more deserving than Raphael of our Lifetime Achievement Award. We can’t wait to see what he uncovers next.”