What Have We learnt from Cannabis Research In 2019? – By Bethan Bee Rose 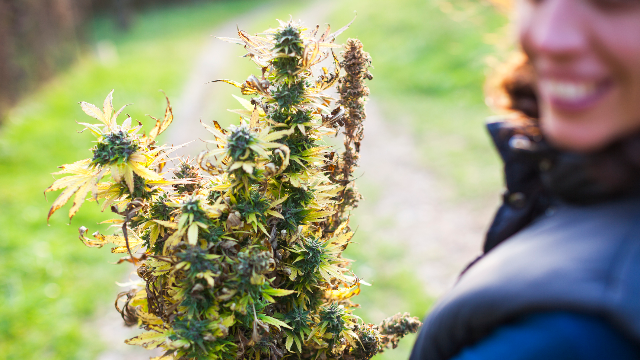 Major developments are happening in the global cannabis industry. Most recently, the European Union legalized a cannabinoid-based medication for patients aged two years and above who suffer from rare types of epilepsy; Lennox-Gastaut syndrome and Dravet syndrome. The name of that medication was Epidiolex – produced by British drug company GW Pharmaceuticals.

Back in 2018, Epidiolex gained approval in the United States, where it got a thumbs-up from the Food and Drug Administration (FDA). More pharmaceutical cannabis-derived drugs are likely to hit the market in the near future; research plays an important role in this.

Prior to the CBD (cannabidiol) craze that is currently sweeping across much of the United Kingdom and many other places on the world map, cannabis carried a “stoner stereotype” stigma. Lack of research into the plant’s therapeutic benefits have been attributed to its tarnished reputation. The good news is that during 2019, some of the most astonishing discoveries emerged to-date.

Earlier this year, a study published in the Journal Neurology saw 21 patients substitute opioid painkillers for medical cannabis; the study subjects used painkillers to ease the symptoms of post-traumatic concussions. Researchers revealed that 38% of participants either reduced or stopped using opioid medications after receiving medical cannabis as a treatment. In cannabis-friendly states across the U.S. – there are currently 33 of them – lower rates of opioid use and prescribing has been observed. This is according to a report published in the Journal of Internal Medicine. Notably, medical cannabis legalization was associated with reduced opioid use; (OR = 0.95 (0.94–0.96), chronic opioid use: OR = 0.93 (0.91–0.95), and high-risk opioid use: OR = 0.96 (0.94–0.98).

Among individuals who were prescribed benzodiazepines to relieve the symptoms of anxiety, 45.2% of those who consumed CBD managed to successfully stop using OTC treatments altogether. The study was published this year in Cannabis and Cannabinoid Research.Some other research into cannabis for anxiety was published by CannaHealth this year. Research has found that oral doses of CBD containing between 150 to 600 mg per dose helped to relieve social anxiety disorder, epilepsy and insomnia. However, the researchers noted that CBD may induce mental sedation.

A separate study published in the European Archives of Psychiatry and Clinical Neuroscience suggested that patients experienced improved symptoms associated with certain types of anxiety disorders – such as general social anxiety, post-traumatic stress disorder, anorexia nervosa, attention-deficit/hyperactivity disorder, and Tourette’s disorder – after using either CBD or THC in conjunction with various pharmacotherapies and psychotherapy.

In spite of the worrying results of a study published this year in Cellular and Molecular Life Sciences stating that maternal exposure to cannabis may cause dysregulation of the immune system and the developing fetus, a separate study featured in Current Drug Research Reviews concluded that cannabis consumption among pregnant women is not associated with adverse risks in pregnancy.

Although the National Cancer Institute (NCI) has published information on his website pertaining to the anti-tumor and anti-cancer effects of cannabinoids, researchers published a statement this year in the Frontiers in Pharmacology stating that further research and clinical trials into cannabis’ anti-cancer effects are ongoing.

Progress in Neuro-Psychopharmacology and Biological Psychiatry published a study this year involving a number of adults who endure the cognitive impacts associated with attention deficit hyperactivity disorder (ADHD). Levels of hyperactivity and impulsivity appeared to reduce when cannabis was consumed. However, cannabis did not deliver such a positive outcome on the measurement of attention and cognitive performance.

Patients who are diagnosed with epilepsy may benefit from using CBD as a treatment, according to a study published in Epilepsy & Behavior. The results of the study showed that the non-psychotropic cannabinoid manage to improve seizure control in patients with treatment-resistant epilepsy, as well as enhance their quality of life.Another study published in Molecules that reviewed previous and current clinical trials confirmed that existing research points to the efficacy of treating epilepsy with CBD; combined with the use of anti-epileptic drugs (AEDs).

Inflammation of the eye caused by glaucoma disease can potentially be reduced using cannabis treatments that contain THC. This is based on the results of a study published in the American Academy of Ophthalmology, 2019. However, researchers noted that treatment would need to be administered multiple times per day in order to be effective.

A study published in BMC Complementary and Alternative Medicine focused on 480 women who suffer from endometriosis. By integrating hemp/CBD oil and cannabis wellness into their daily routine, as well as dietary changes, the females self-reported a reduction in pelvic pain caused by endometriosis.

The Open Science Journal of Psychology also conducted studies on the efficacy of using CBD to treat pain this year. Two case studies were carried out on males who had experienced spinal injury pain caused by motor-vehicle accidents. The men claim that their pain relief was greater when using CBD, as opposed to using opioid painkillers.

The results of three studies published in the European Archives of Psychiatry and Clinical Neuroscience concluded that patients with Parkinson’s Disease benefited from the therapeutic effects of CBD. The cannabinoid managed to ease the non-motor symptoms of PD, such as rapid eye movement and psychosis. One of the studies was a randomized controlled trial. Researchers who write and conduct studies for publication in the peer-reviewed medical journal also made a point of noting that a handful of human trials lean towards the potential of CBD’s neuroprotective and therapeutic effects in patients who suffer from the disease.

In June of this year, the Multidisciplinary Association for Psychedelic Studies investigated the effects of cannabis to treat PTSD in war veterans. MAPS’ study was the first of its kind to be carried out on servicemen and ex-servicemen who smoke cannabis to relieve the symptoms of PTSD. The results showed that symptoms reduced greatly after using cannabis.A separate study published in the Journal of Alternative and Complementary Medicine showed a 28% reduction in PTSD symptoms following eight consecutive weeks of CBD treatment. The study subjects also received routine psychiatric care.

Due to their natural anti-inflammatory effects, cannabinoids are frequently finding themselves being used in topical skin solutions. Study published earlier this year in La Clinica Terapeutica claimed that CBD-rich topical ointments may enhance the quality of life in patients who struggle with inflammatory skin disorders.

Individuals who suffer from sleep disorders, such as insomnia, could catch some extra Z’s if they use THC, according to researchers; journal Sleep, 2019. Sleep researchers also revealed that, based on the results of a survey involving 571 participants, 67% claim that they use cannabis to treat insomnia.

The remaining percentage of participants used cannabis to treat a number of alternative sleep disorders; pain (16%), anxiety (11%) or pain and anxiety (6%).In addition to using THC for a better night’s sleep, CBD may also have beneficial effects on restless consumers. Study findings published in The Permanente Journal revealed that 79.2% of 72 adults who suffer from sleep disorders experienced reduced anxiety after the initial month of consumption. Moreover, 66.7% experienced improved sleep scores within the first 30 days of CBD use.

According to a study published in the journal Drug and Alcohol Dependence, a link was drawn up between metabolic syndrome and frequent cannabis consumption. A major association was noticeable among males (AOR = 0.49, 95% CI = 0.31-0.78), but the association was not so substantial for women (AOR = 0.68, 95% CI = 0.37–1.24). Regular cannabis use was said to reduce the chances of an individual developing abdominal obesity, increased triglyceride levels and hypertension in males.