Pondering the Profitability of Prohibition, By Simpa 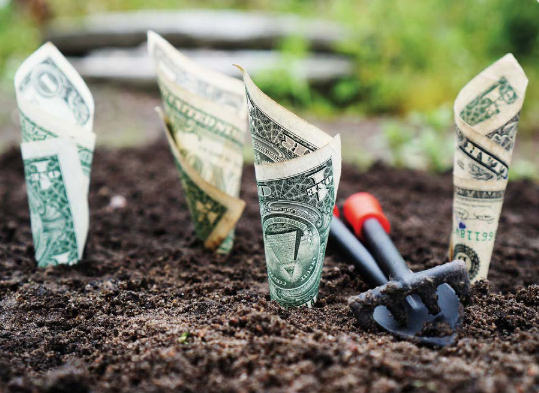 Long gone are the days of tie-dyed clad hippies preaching peace and love from the pulpit of the plant. Their long wavy hair and baggy clothes replaced with trendy haircuts and fitted business suits. Their old mantras of love and equality have given way to those of legislation and equity.

As multinational companies begin the inevitable process of commodifying, capitalizing, and conglomerating the cannabis industry we are left to ponder how did one of the most prolife c and demonized plants on the planet become one of the most profitable?

Unless you’ve been living under a rock for the last decade you’ll be aware that Cannabis is having a real renascence right now, but what you might not be aware of is just who is behind this recent resurgence in research and the pushing for the introduction of prohibition lite policies under the guise of legal reform and the so-called legalization of cannabis.

What has changed in the minds of conservative politicians and voters that means that they now support cannabis policy reform? Well, one word: profit. The conglomerates that have emerged from the smoke clouds of uncertainty of law changes in America and Canada are exerting their influence and power over emerging markets such as in the UK. They dominate the landscape and dictate the direction of reform to best benefit their corporate interests.

They are pushing propaganda and lies to further their own agenda of monopolizing the market and attempting to control the opinion of the populous and the supply of Cannabis into emerging legalized nations. There are plenty of men and women in prison today for attempting to do exactly that. So why are they incarcerated while the suits are glamorized and immortalized on the pages of glossy magazines?

Simply put they’re the wrong color, class, or creed. The consumption and trade of cannabis has been going on for several millennia longer than we could ever know, however, it’s taken until this millennium for the ruling classes to truly get a hold of the market and fi gure out a way to capitalize and commodify its trade to increase their power and wealth.

The British have quietly been at the forefront of international drug trade for centuries now. It all started back in the 1800’s when the consumption of a novel little herbal brew known as Tea increased some 10,000% thanks mainly to the tacit endorsement of royalty and nobility who were arguably the celebrities of their day and rather keen on the newly imported brew.

This vast increase in consumption showed the British industrialists that trading commodities like drugs was not just highly profi table but also a great way to control and restrict their sale and supply of those substances. The rate of consumption speedily spiraled leading to the British having to secure their own trade routes – which they did by incorporating the East India Company – negating the need for existing trade deals with the Portuguese and Dutch.T

he trade became so lucrative that at one point two thirds of the company’s profi ts came from the taxation of predominantly lower-class consumers of tea. The drink became that important to the nation that the government demanded that a year supply always remain in stock.

The exorbitant cost of importation and the trade door with China remaining ajar meant that the British had to get creative in the way they went about off-setting the high cost of its escalating habit. Therefore it’s no surprise that the British decided to increase its illegal opium trade with the Chinese – leading to the opium wars and what the Chinese now refer to as “The century of humiliation”The consumption of tea became that prolific that it started to affect the profits of another popular drug – namely Alcohol. This put a great deal of pressure on King Charles II to levy a tax- which by the 1750’s had reached as high as 119% leading to tea smuggling becoming commonplace in the country.

Interestingly, when fi rst being sold in Britain in coffee houses the proprietor would often tout a variety of virtues of tea proclaiming that it “makes the body active and lusty” somewhat reminiscent of all this fancy well-polished CBD marketing that we are currently seeing pop-up all over the world. It’s also curious to note that originally tea was considered a medicine in China before later becoming the national drink.Tea as with most of the drugs that twenty fi rst century living relies upon are cultivated, created and commodifi ed by some of the most impoverished communities on earth yet they make the least from the global drug trades – both legal and illegal – be it chocolate, caffeine, or cocaine.

This experience taught the British predatory classes that trading in drugs was not only highly profi table but also a good way to siphon funds from the lower classes helping to keep them impoverished and thus easily manipulatable. 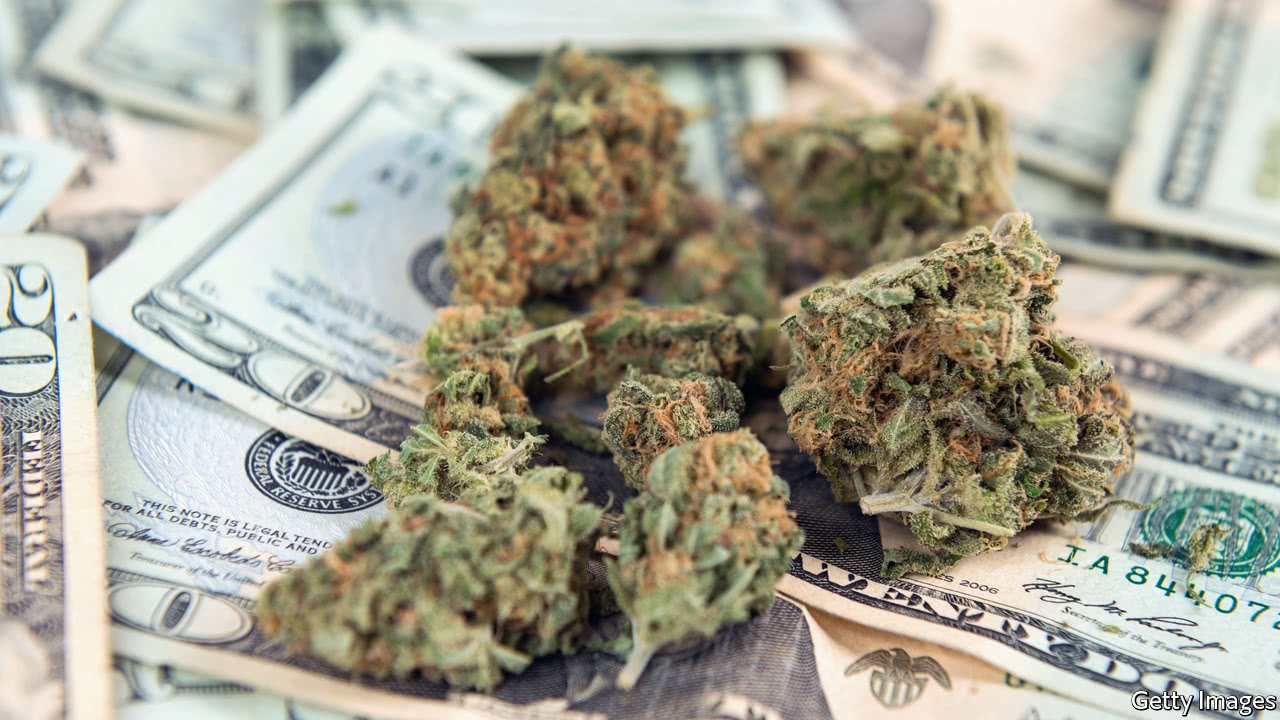 This practice would position them perfectly to monopolize and dominate the Indian hemp (Cannabis) trade. In 1798 the British signed into power a law restricting the cultivation or sale of cannabis or cannabis-based drugs/preparations without first obtaining a license.

The regulation was adopted as the legislation stated “with a view to check immoderate consumption, and at the same time to augment the public revenue.” We are hearing the same argument in chambers today.During the British colonization of India there were native-only asylums fi lled to the rafters with dangerous “ganja smokers.” In truth they weren’t psychotic or dangerous they were simply deemed unruly by the British colonialist occupiers for their consumption of cannabis.

By the end of the 18th century there were headlines in local papers proclaiming that “Murderous assaults by individuals under the infl uence of Indian hemp have been somewhat frequent” very much reminiscent of the red top press today.

Fast forward a few centuries and not much has changed except corporations are now the new governments. Board rooms and the halls of power are populated with conservative and right-wing individuals seeking to plunder and profiteer from the partial dismantling of the monolith of prohibition. They’re pushing to “legalize” cannabis not because it is the right thing to do but out of greed and desperation. It is a vain attempt to continue their control paradigm and capitalize on the inevitable impending ubiquitous relegalization of cannabis.

The rationality of the prohibitionist is to attempt to justify their own intrinsic racist/fascist/classist ideology and inclinations by claiming that they are preventing these drugs from causing harm, when it is painfully and abundantly obvious that the policies of prohibition do far more harm than any substance ever could.

It just goes to show that this justification has always been a misnomer – they do not care about preventing harm, they only care about perpetuating profit and maintaining power at all costs.

The emerging modern cannabis industry suffers many ills whose pathology is rooted in the racist origins of the war on drugs. It is evident in the racial, ethnic and cultural disparities between those who own and operate the dispensaries, farms and facilities and those who simply work in them who make up the quasi-legal framework and infrastructure of the world’s fastest growing industry.

With the ability to control the creation, consumption, and trade of illicit drugs through restrictive and prohibitive legislative policies dwindles. The new nations or corporations of today are attempting instead to utilize good-old fashioned capitalism to continue their centuries long monopolization of the global drug trade.

Whereas before the profits from the drug trade were illegal, under the modern pharmacological paradigm it is not just perfectly legal it’s considered good business practice to regularly increase the number of users and the volume of their consumption each fiscal quarter.

It is this mechanism that has propagated the opioid crisis we are currently witnessing play out across the western hemisphere. The current profit motive incentivizes international drug cartels and companies to intentionally create lifelong customers and addicts out of some of the most vulnerable individuals in our society.

This adjustment to the current cultural climate and attitudes has the added bonus of helping to launder their ill-gotten gains from industries that have directly benefited from the continued prohibition of cannabis as multi-purpose, renewable industrial resource.

The war on drugs has long since perpetuated middle-eastern terrorism through the continuation of the scarcity paradigm. If cannabis was once again ubiquitously relegalized then the era of war for limited resources such as oil or minerals would be over.

So, who are the people that are profiting from prohibition as it stands today? Well, there are many but the major ones are Big pharma (a trillion dollars), The fossil fuel industry ($4.65 trillion), the Energy sector ($6 trillion) and War ($2 trillion). All of these industries are going to be unequivocally changed and reshaped by the reintroduction of cannabis back into humanity’s global toolbox.

The villainous ignorance, vicious hatred, and propaganda of the prohibitionist have disrupted, destroyed, and devastated the lives of cannabis consumers and their families for nearly a century now and we’re expected to just roll over and let them co-opt, commodify, and capitalize on a resource that they continue to vilify and demonize us for consuming?

Honoring the victims of the war on drugs both past and present should be our highest priority not profiting from the retooling and redefining of prohibition. Show me a single example of where cannabis has actually been legalized and not just commodified for vulture capitalists, corporations and governments to perpetuate the same old classist machinations. They are utilizing the system to disadvantage certain ethnic and socio-economic groups and classes, thereby handicapping their efforts to enter the blooming industry before they’ve even begun.

This transition to prohibition lite policies is an insidious attempt to retain the social control paradigm that has determined the direction of human development for decades now. Prohibition is profitable because they can dictate the level of supply available to the population to consume and determine who is authorized to deal and trade those substances. Cannabis on the other hand has now become far too expensive to police and far more profitable to commodify – hence the tide change in policy.

This I believe is one of the primary motivators behind the conservative establishments volte-face in attitudes towards cannabis law reform and their attempted co-opting of a culture and the killing of a rich and vibrant community.

Ultimately, diversification through the “legalization” of cannabis is the only hope the owners and operators of our society have to remain relevant and ensure renewed revenue replenishes their robbed riches.

It is my sincere hope that these vulture capitalists and neo-liberalistic prohibitionist profiteers play no part in the planning and forming of the new post-prohibition paradigm. It is time to end the war on drugs once and for all and utilize the vast funds saved and generated to rebuild, regrow and reconnect our devastated communities.

The first step must be to liberate our brothers and sisters that are still victims of the war on drugs. Pardon and expunge their records and pay reparations for the time stolen from them by the draconian and antiquated war on us.

Written and Published By Simpa In Weed World Magazine Issue 143