Notes from the Field: Mom as Cannabis Patient By Sharon Letts 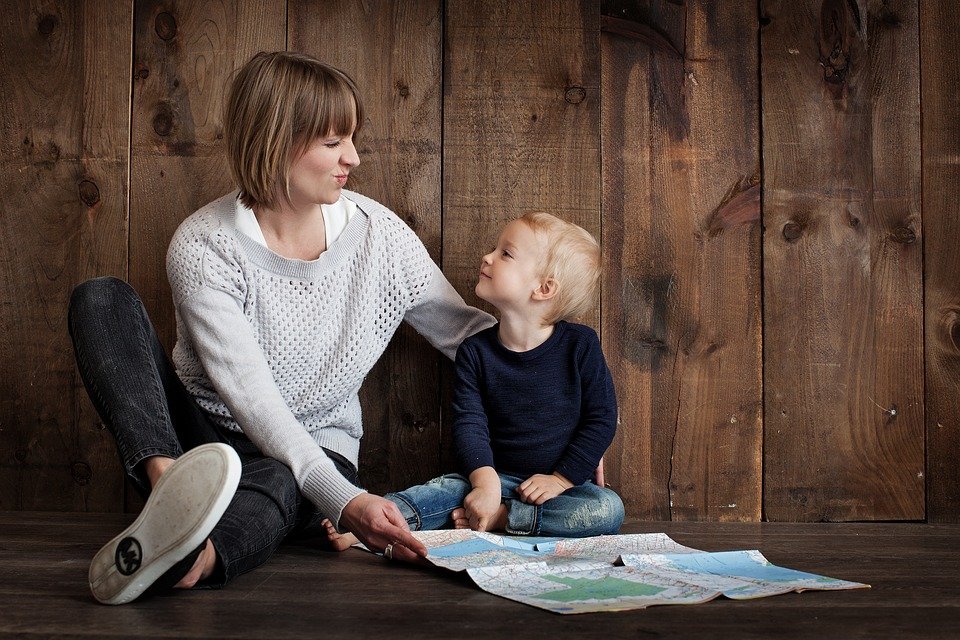 “I’ve seen many canna-babies on my watch – and those little beauties thrive!”

A recent inquiry on social media asked mothers who are cannabis patients if they had continued to use cannabis – smoked or ingested – during their pregnancies, and, if so, what were the effects – negative or positive.

The following anecdotal stories were shared with the knowledge that Child Protective Services (CPS) in the U.S. can and do intervene, if prompted; with many choosing to add comments anonymously.

Parents can be reported for using cannabis with children in the home for any reason, in legal states or otherwise, be it a domestic dispute, or cause for concern by a neighbor or family member; there are no safeguards to protect cannabis patients as parents, and each case must be litigated to prove usage as remedy, be it in the shadow of the kids, or for themselves.

Protections are currently pending at the Federal level for legal states’ cannabis industry’s freedom to proceed without persecution and develop its own ordinances (Booker-Warren Bill, amending Controlled Substance Act).

Whatever the outcome of the Bill at hand, this conundrum has forced most parents in medically, recreationally, and non-legal states alike to practice “don’t ask, don’t tell” when using cannabis as remedy for themselves or their children.

Some moms offered that a Marinol prescription was the only safeguard against their cannabis use being discovered via a blood test, as physicians are not trained on cannabis as remedy to advocate for them. Most moms admitted to keeping their use to themselves – leading their doctors to believe they were actually using only Marinol with ill-perceived success.

Reason being, the Endocannabinoid System (eCS), the series of receptors found within the body that distribute the cannabinoids, keeping all biological systems functioning properly, is sorely lacking from most physician’s vocabulary. Medical schools do not train future physicians on plant-based remedies or their relation to the body; they are only trained to use patented pharmaceuticals, with just a fraction of institutions merely mentioning the eCS in curriculum.

The lack of information from medical school to the exam room has left many patients in the dark about cannabis as remedy, let alone during and after pregnancies – a taboo topic, until now.

Studies of cannabis as remedy are important in light of the acceptance of cannabis as recreation in the U.S. That said, one important study funded by the National Institute on Drug Abuse (NIDA) on the use of cannabis tea for pregnant mothers should have lasted 20 years, but was shelved after the first five-year follow-up possibly proved too positive for the government agency promoting abuse. (See sidebar for details of study.)

Rhea Graham was a lifer in the U.S. Air Force, self-medicating with alcohol until discovering cannabis for chronic pain from the job, once retired. As founder and co-owner of Albany’s Canna Kitchen & Research in Albany, Oregon, Graham has witnessed numerous patient’s ailments helped with cannabis in the seven years her company has been providing, what they call “smokeless remedies” to patients.

“I’ve seen many canna-babies on my watch – and those little beauties thrive!” Graham shared. “In fact, we had a baby who was diagnosed with ‘Failure to Thrive,’ until the mama started using cannabis prior to nursing, and you should see her now!”

Smoking concentrates, like dabs, wax, or shatter, was debated; with caregivers chiming in that vaporizing concentrates was a cleaner delivery into the system than burning carbon.

Other moms shared that smoking or vaping were the quickest ways to get rid of the chronic nausea that often accompanies a pregnancy; as well as treating postpartum symptoms of depression, common after the birth of a child.

“It’s also important that everyone is educated to the fact that the allowed anti-nausea prescription medications are known to actually cause birth defects,” Graham added. “Cannabis, on the other hand, feeds the Endocannabinoid System of both mother and child, while strengthening each of their immune systems.”

Ashley Kowalski was 10 weeks pregnant she was diagnosed with hyperemesis gravidarum, a chronic morning sickness that includes dizziness to the point of fainting, as well as an increased nausea and vomiting that can lead to severe waste-away and dehydration.

According to a paper published in 2011 in the U.S. National Library of Medicine, via the National Institutes of Health (PMC 3165951), cannabinoids have been found to quell nausea and vomiting, citing its “anti-emetic effects” across a wide variety of animals – suggesting it would be “especially useful in treating the more difficult to control symptoms of nausea and anticipatory nausea in chemotherapy patients, which are less well controlled by the currently available conventional pharmaceutical agents.”

Another paper published in 2014 (PMC 3883513), recognizes, not only cannabinoids, but the eCS, stating that cannabis as “one of the oldest pharmacological remedies for nausea and vomiting; citing numerous published papers from physicians around the world on the anti-emetic effects of cannabis.

Due to Kowalski’s family’s genetic disposition to heart disease, her mid-wife did not feel comfortable prescribing anti-nausea medications, and advised that Kowalski use cannabis instead.

According to RxList.com, side effects for anti-nausea pharmaceuticals ironically include, diarrhea, dizziness, nausea, vomiting, headaches, fatigue, and unusual muscle movements.

“I ingested two 35 milligram cannabis suckers a day,” she explained. “I made it through my entire pregnancy without being hospitalized for malnutrition or dehydration. Today, my son is a thriving three-year-old, and is verbally ahead of his peers – already counting to 37 on his own, and knows his ABCs. Without cannabis, I would have lost my son and maybe my own life, as is extremely common with this disease.”

Christy Billet is executive director and legislation lobbyist at Pennsylvania Safe Access, an offshoot of Americans for Safe Access; the national organization created to protect patients’ rights to safe access of cannabis. She shared that cannabis saved her son’s life in utero.

“He had hydrocephalus, and a pocket of water on his brain,” Billett explained. “I used cannabis products while pregnant, and the encephalopathy had self-absorbed. Today, my Jaegger is one of the smartest kids I know.”

Shenna Whitlock is manager of Apothecaria, a cannabis dispensary in Cottage Grove, Oregon. She openly admits to smoking during both of her pregnancies, with excellent results.

“My kids are 12 and eight-years-old now, and they are very smart and vibrant!” she said, proudly. “Between the nausea and the kidney stones, cannabis helped so much. Many people come into the shop asking about pregnancy and smoking, and I always tell them my own experience, but say it’s really up to the mother and how comfortable she is.”

Anna Barrett of Los Angeles said she was told she would never be able to conceive after sustaining life-threatening injuries.

“I fell five stories to concrete,” she shared. “Cannabis was the only medication to save my life and allow me to sustain food. The doctors told me I would never be able to have a child, but 10 years after my fall I became pregnant. I smoked and consumed cannabis during my entire pregnancy, and my child was born beautiful, hardly ever cried, and is extremely smart.”

Barrett said that DEA agents actually paid a visit to her obstetrician’s office, asking if he was an activist due to his prescribing Marinol to his patients.

Vicky Houston of Colorado used cannabis while pregnant in 2015, and was charged with child abuse and neglect, after her son’s umbilical cord tested positive for THC, the psychoactive compound in cannabis. Due to the charges, Houston participates in a voluntary program, checking the now two-year-old’s developmental status.

“So far, he is on target or above in all areas,” she reported. “Yet, I am being told that he will present with brain damage around five or six years of age, when he enters school.”

Cara Crabb-Burnham is an educator and provides curriculum development for the cannabis industry in Medford, Massachusetts. She suffers from a non-differentiated central nervous system disorder, causing her to have seizures; with one lasting four days during her first six weeks of pregnancy.

“I primarily vaped cannabis concentrates throughout my pregnancy,” she shared. “I had to fight the Brigham and Women’s Hospitals, along with Partner’s Healthcare – and won.”

Due to her advocacy, the organizations no longer file a “51-A” form with the Department of Children and Families when a mother is found to be using cannabis during pregnancy.

“My son, Dash, is happy and healthy – and is developing at an advanced speed compared to other babies his age,” she added.

Unless the U.S. Government accepts cannabis as remedy and removes it as a narcotic from Schedule 1, medical schools will hesitate to include the eCs into its curricula as a subject of study any time soon.

Until then, cannabis savvy moms of America continue to proactively care for themselves and their children, with positive results; bent on educating the masses and each other, for the greater good.

For more information on cannabis and pregnancy, see sidebar on studies in Jamaica.

For more information on the Pub Med paper on cannabinoids, the eCS, and nausea and vomiting, visit https://www.ncbi.nlm.nih.gov/pmc/articles/PMC3883513/

For more information on the Pub Med paper on cannabinoids, nausea and vomiting 2011, visit https://www.ncbi.nlm.nih.gov/pmc/articles/PMC3165951/