Underneath The Desert Skys by Subcool 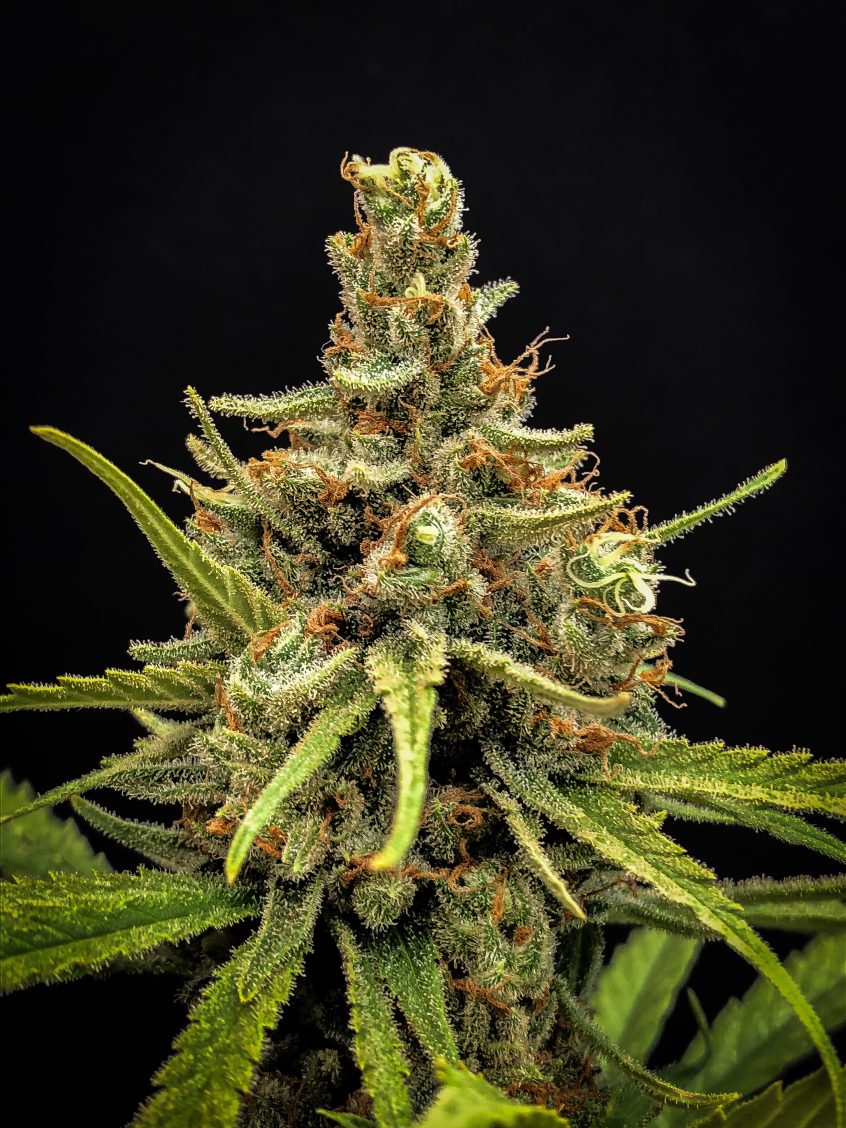 Taking pride in their work they strive to produce a consistent, strong, clean medicine for patients.

It was last year when my partner TGA_Will received a request for a consult up in Northern Arizona. A large farm had obtained a large amount of Subcool Seeds and asked for us to consult with them. Taking the 5 hour drive up North to Kingman, he was greeted by an amazing operation loaded with seedlings. Over the next few months we got to know them and their methods well and I am proud to help them tell their story.

Just off Route 66 in Kingman, Arizona, lies the sprawling greenhouse that houses DeRP Farms. DeRP Farms is the creation of two friends from Florida who came to Arizona to grow the best medicine the state has to offer.  In the early 1980’s spending summers with his grandmother and helping in the garden, DeRP Farms Company Operations Manager and Co-Founder, Paul Short, learned to love plants from a very early age. He remembers stopping with his grandmother to take cuttings off bushes, she showed him how to root cuttings and he was intrigued. Jump forward to the mid-nineties where Paul along with his lifelong friend Doug Carlsen (DeRP Farms Co-Founder and Grow Operations Manager) were indoor growers in Florida’s highly competitive hydro market. In the late 90’s the two friends were arrested for growing.

In 1997, Paul welcomed his son into his life and decided to get on a straight, and legal, path. After some time in school he opened a computer support company in 1998. In 2000 Paul had a daughter. Seeing that the office world was not very family friendly, he decided to turn past experiences plus his new technical abilities into an idea, and opened a hydroponics retail store in 2004. From 2004 through 2012 Paul did small sales rep jobs for hydro fertilizer companies, including working a booth at High Time’s Cannabis Cup in 2009. That same year, he opened his own small batch hydro fertilizer company that focused on quality products that were inexpensive.

In 2012 Paul became disenfranchised with the industry and opened a beer brewing section in his retail store, according to Paul “ the beer brewing club at the store made it much more grower friendly, since shopping at a hydroponics shop in was still very taboo in Florida.”  Paul had small ownerships in medium-sized grows in Colorado and Michigan from 2010 to 2012 and Doug was still by his side through these adventures. In 2013 a former customer who had moved to Arizona called Paul with an opportunity to grow commercially. The former customer had very little experience and needed their knowledge and expertise. They grew and harvested the first Prop 203 compliant greenhouse crop in Arizona that year, with almost 900 pounds coming out of the first harvest. Unfortunately the owners of that grow ended up not holding up to their end of the contract, so the pair left to find property to have their own grow.

In 2015 they found their investors. They bought property near Kingman, AZ, and started building. Operations started in August 2016 with 2 indoor flowering rooms and they added a 28,800 Sq. ft. greenhouse a year later. They employ a dedicated and passionate staff to take care of the nearly 4,000 plants. Taking pride in their work they strive to produce a consistent, strong, clean medicine for patients.  They are masterfully growing a wide variety of strains that include genetics from Subcool’s The Dank, and Cannarado Genetics Company.  From clone to sale, the flower is carefully cared for. Every employee has been trained to be an expert in their area, so quality control is part of every step of the grow. Carefully cured and hand trimmed, the finished product is nothing short of top shelf quality. While DeRP Farms is still a young farm they have the potential to be very major players in Arizona’s Medical Marijuana community. Panning across the greenhouse you will see every stage of the plant, as they are running a perpetual weekly harvest. A light deprivation area of the greenhouse allows them to use the greenhouse for vegetative growth as well as flowering. Coco filled Smartpots hold perfectly manicured plants with bulbous buds sticking up in the air as you look out across the canopy of green. The sweet, dank, and pungent air overtaking your senses from the moment you crack the greenhouse door.  The drying and curing rooms are equally as impressive. Clean, climate controlled rooms make sure these processes are not rushed and done to perfection. With a curing specialist carefully paying attention to make sure patients get the best possible medicine. The trim team is very well trained as well and always detail oriented. No part of the growing or processing is overlooked at DeRP Farms. From clone to final product, each plant and each bud is cared for and treated with love. Patients come first and they strive to offer a top quality, clean, tested product. They strive for excellence and won’t accept anything less than the best.  They work with multiple dispensaries across Arizona to be able to offer their medicine to as many patients as possible and have a constant flow of different strains coming through. They always have something that is sure to help you with your medical needs.

Follow them on Instagram (@DeRPfarmsaz) to stay caught up with what is new in greenhouse and what strains are available. If your favorite dispensary is not carrying DeRP Farms be sure to ask them to contact them to inquire about getting it on their shelves and into your jars.

I can’t wait for my next visit up to the farm with these boys and definitely can’t wait to be growing Dank in the Desert.