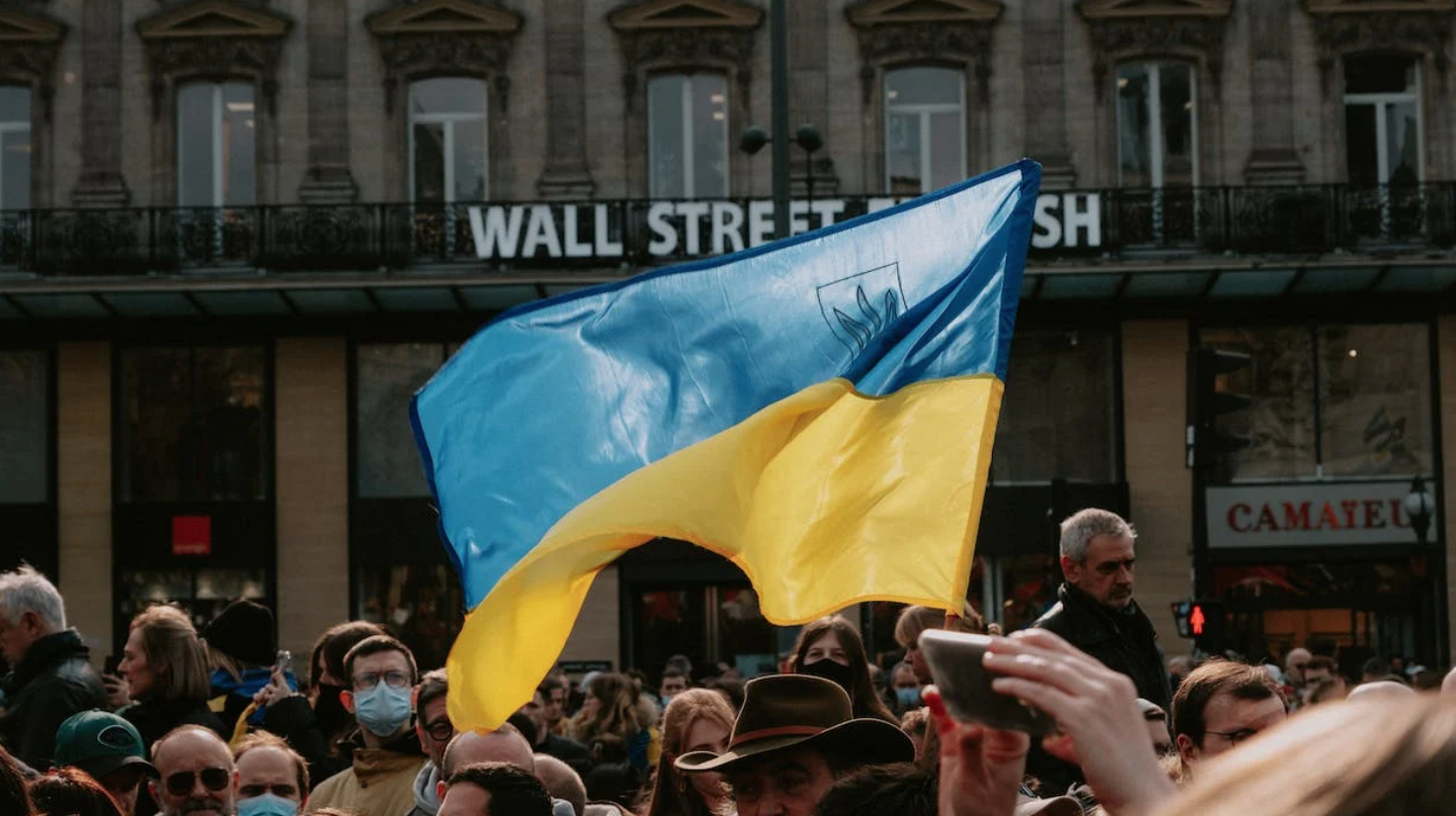 The on-going Russo-Ukrainian war has recently been escalated by the invasion of eastern Ukraine by Russian President Vladimir Putin, kick-starting the most significant war in Europe since WWII.

So I thought as an act of solidarity, I would take this opportunity to explore the Ukrainian cannabis scene and look at how this invasion could affect the development of a ‘legal’ cannabis industry in Europe’s second-largest country.

Since its independence from the former Soviet Union (USSR) on August 24th, 1991, Ukraine has criminalized the sale, cultivation, and transportation of cannabis within its borders. Although it remains essentially the same today, Ukraine was once one of the world’s largest producers of low-THC cannabis for industrial and commercial applications within the now-defunct union.

Before the 1950s and the invention and eventual ubiquity of synthetics like Nylon and other cheaply produced and exported textiles, Ukraine produced over 150,000 hectares of low-THC cannabis annually. Unfortunately, the country’s industry began greatly receding over the second half of the twentieth century as its fate was inevitably tied to that of the doomed union.

The country did experience a small renaissance in the early 2010s as the number of domestic cannabis businesses briefly increased tenfold. Due to the specter of all-out war with its neighbor, the government began diverting its attention and resources away from non-essential projects such as regulating the low-THC industry through strict quotas. This lack of direct government investment and strategic oversight has since seen its industry markedly decline.

This is a shame; in 2018, the cultivation of low-THC cannabis technically became individually more profitable than sunflower production1 in Ukraine. Who are still the world’s largest producer and exporter of sunflowers, exporting $5.3 billion worth in 2020 alone2. A comparable low-THC industry would make the former eastern block nation a global player in large-scale cannabis cultivation and exportation.

The most recent resurgence in Ukrainian cannabis awareness, activism, and advocacy began with the ‘Freedom March’ on October 28th, 2017. Hundreds of demonstrators gathered in the nation’s capital Kyiv to demand the decriminalization of cannabis possession and the ‘legalization’ of cannabis for therapeutic use.

A 2020 election poll question included by the now-president Volodymyr Zelenskyy on ‘legalizing’ cannabis for therapeutic use resulted in 65% for and 30% against. This triggered government Ministers to declare that there was no need to ‘legalize’ ‘prescription cannabis’ in Ukraine as they now intended to move cannabis from the country’s banned substances list to the controlled substances list to facilitate access to prescription cannabis for its citizens.

In early 2021 cabinet Ministers passed a resolution doing just that. However, it was supposed to grant access. Still, in reality, it only allowed for the limited prescribing of a few specific and rather expensive cannabis-based pharmaceutical drugs such as Nabilone (Cesamet) and Nabiximols (Sativex). Interestingly, GW Pharmaceuticals Epilepsy drug ‘Epidiolex’ doesn’t seem to be included on that list.

Although its research had estimated that 2 million Ukrainians could potentially benefit from consuming prescription cannabis, Ministers seemingly sincerely believed that this minor rule change would be sufficient. However, as the prescribing of raw cannabis and whole plant cannabis-derived products remains unlawful, the vast majority continue to go without lawful access and the protection it affords its possessor.

2022 began with two bills to ‘legalize’ the limited prescribing of cannabis for therapeutic use under consideration by the government. One was produced by recommendations from the Verkhovna Rada (Ukrainian Parliament) Committee on Public Health, Medical Assistance, and Medical Insurance members. The other, bill 5596, was submitted in June 2021 by a large cross-party group of Ministers but has yet to progress further.

The former was sent back for revision by the progenitors of the latter to ensure “strengthening [of] the control of the National Police of Ukraine over the circulation of cannabis.” While MPs are touting the other Minister-approved bill as more clearly defining “the essence of medical cannabis” and “the procedure for importation3”.

The ‘Servant of the people’ party MP Mykhailo Radutskyi emphasized when announcing the Minister-backed bill to the Rada (Ukrainian Parliament) that “Neither the bill sent for revision, nor the new government’s bill has a single word about drug legalization, It’s just medical cannabis4.”

Personal possession of a small amount of cannabis is considered an administrative offense. If you’re caught under 5g, you will usually only receive a small fine. However, possession over that limit is considered a criminal offense and can result in a hefty fine and up to three years in prison.

CBD is attractive as it isn’t explicitly prohibited or ‘legalized’ in any act or legislation but could technically fall under several actions depending on their interpretation. This means it cannot currently be legally produced domestically and falls into somewhat of a grey area when importing it.

Domestic sales of CBD are generally overlooked by the authorities as long as the total THC content of the product remains under that imposed by the country’s licensing authority. The same confused situation most other European nations currently find themselves in. In Ukraine, that arbitrary percentage is painfully low at 0.08% THC when cultivating licensed cultivars of low-THC cannabis for fiber and seeds.

Something that potentially could benefit the war effort right now in Ukraine is a food source. It’s cheap, highly nutritious, packed with fiber, and a complete protein with essential and non-essential amino acids. This makes it ideal for cultivating when food is scarce, and supply lines may be cut off for long periods.

The growing of cannabis is illegal in Ukraine, although cannabis seeds are lawful and can be sold in shops and online as souvenirs during peacetime. The cultivation of up to 10 plants would typically only results in an administrative fine and the destruction of the plants and equipment for first offenders. However, growing over ten plants becomes a criminal offense with increasing fines and escalating prison sentences from three to twelve years depending on quantity and other aggravating factors.

Regardless of what type of access model Ukraine employs when this conflict ends, there will potentially be millions of citizens and soldiers now afflicted with PTSD, trauma, and other mental and physical health conditions caused by warfare. These are all conditions that could be treated, in my opinion, far more effectively with the right cultivars, preparations, and doses of cannabis than just regimenting what will likely become a lifetime maintenance dose of synthetic opioids and SSRIs.

However, the adoption of a ‘prescription cannabis’ only model would negate other potential health and socio-economic benefits of ending cannabis prohibition. For example, by ubiquitously allowing its adult citizens to grow, trade, and consume cannabis Ukraine could save thousands of lives by reducing its alcohol consumption. A level that is currently so high it was recently ranked in the highest category for ‘years of life lost‘ due to alcohol consumption by the WHO5, Something that will only likely increase as many will doubtlessly imbibe excessively to deal with the ongoing war.

Before Putin’s invasion, members of the Verkhovna Rada were at risk of just blindly following the ‘Medical-Cannabis Industrial Complex’ playbook, first astroturfing an existing grassroots movement into pushing your narrative and agenda. Then isolate and demonize ‘rebel’ elements within the existing cannabis community and anyone who questions the prescription-only paradigm.

Next, create a slick legacy and social media campaigns that use epileptic patients and sick children to guilt and win over a doubting public—using key political and celebrity figures to pull in local venture capitalist investors. Then finally lobbying the government to introduce convoluted and restrictive pay-to-play profit-driven policies and models that prioritize its shareholder’s profits over the lives of its patients.

I hope that post-war when it is appropriate for the country’s MPs to discuss such matters again, they will not be taken in by the same divisive and delusional narratives that have captivated MPs in many countries before them.

Although I’d like to think that the Ukrainian people themselves wouldn’t allow them to simply be concerned with creating legislative changes that only benefit the longevity of their professional careers, personal relationships, and private investments.

The Russian invasion in February 2022, while somewhat expected, has never the less been a bloody and devastating conflict for the poor and lower-class youth of these nation-states sent to die in an older man’s war. No matter the outcome of this conflict or the time it takes to end and the wounds to heal, nothing will ever bring back all those that have needlessly died.