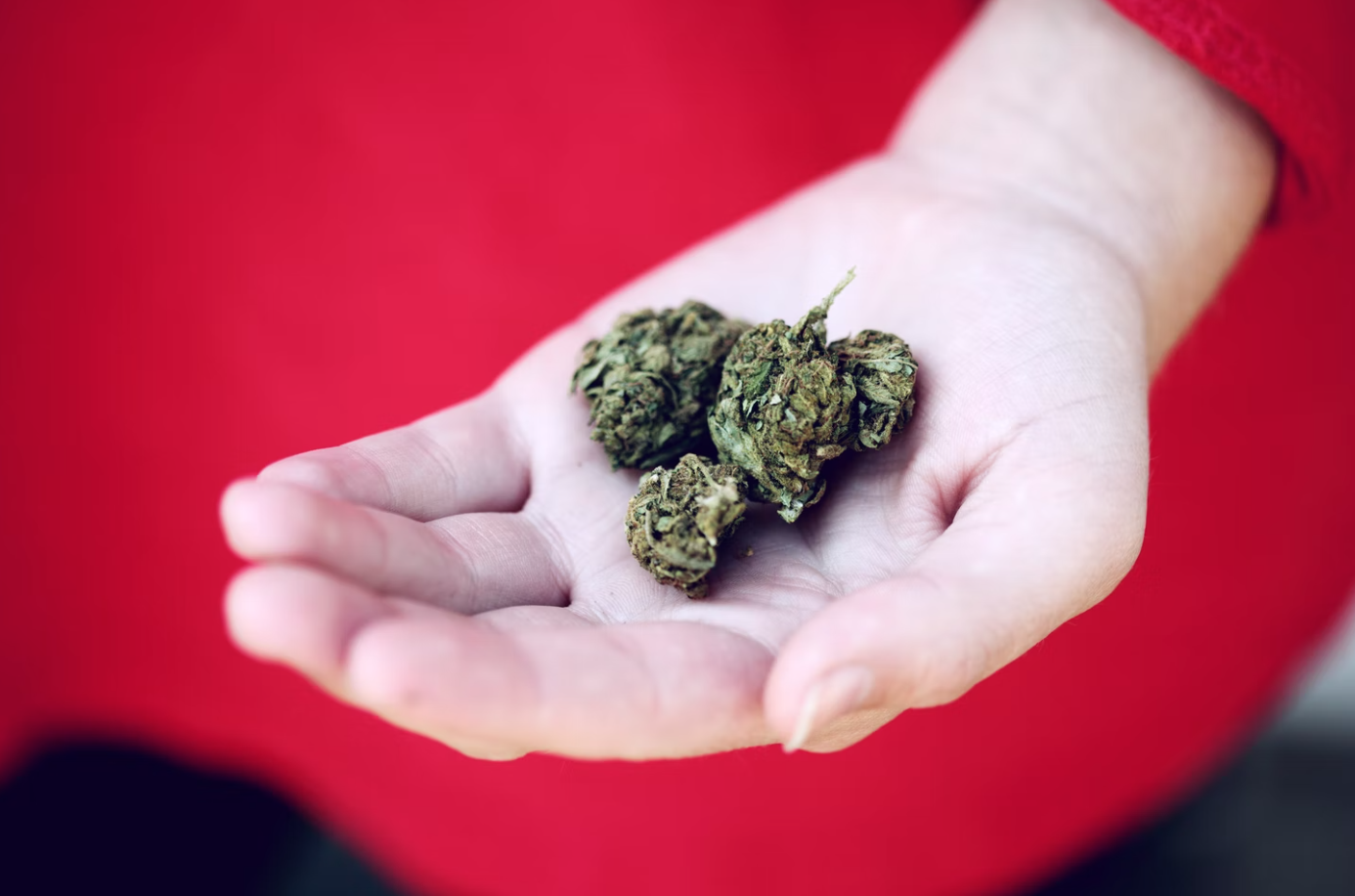 A campaign has been launched to widen the criteria for medical use cannabis, as people with chronic pain say the current scheme is too restrictive.

Amy Brown, 29, was among several campaigners who gathered outside Leinster House this week.

She had travelled from Tipperary, which was a torturous experience for the young woman who has endometriosis.

“I’m in agony today. I feel like there’s a screwdriver being twisted right above my left rib. I was actually getting sick in the car on the way up here, my mam was passing me tissues from the passenger side”, she explained.

Ms Brown suffers from chronic pain and the only effective relief for her, she said, is cannabis.

She said she wants the drug to be made available for medical use, because buying it illegally leaves her vulnerable to buying a bad or ineffective batch and also supports criminality.

“Every day, every single day I’m in fear. All it takes is one random cop who doesn’t like the look of me to do a drug test and drag me through the courts like a criminal,” she said.

Dr Russell Banta, a researcher in chemistry at University College Cork, also travelled to Dublin for the demonstration.

A cycling accident four years ago left him with dental, facial, and neuropathic pain.

“I can’t sleep at night; I’m kept up. It literally feels like somebody is pouring hot oil into my mouth and I just want to drive something into it.

“If I could just go to a doctor and get a pharmaceutical grade prescription and be monitored on it and find a strain that works best, that’s not psychoactive. I can just take a pill in the morning and go about my day, that’s the dream”, he said.

Dr Banta, Ms Brown, and several other people with chronic pain launched the ‘What About Us’ campaign outside Leinster House.

Supported by People Before Profit TD Gino Kenny, they are calling on the Department of Health to expand the use of medical cannabis to include those with chronic pain.

The Department of Health is preparing a review of the Medical Cannabis Access Programme.

This programme makes it possible for a consultant to prescribe medical cannabis for people in three specific cases.

This means people with spasticity associated with multiple sclerosis, intractable nausea and vomiting associated with chemotherapy and severe, treatment-resistant epilepsy can avail of the drug if it is prescribed to them.

Mr Kenny has argued that the criteria is too restrictive and GPs should be enabled to prescribe medical cannabis.

“The programme is too restrictive; it’s only benefiting a handful of people. We think it’s not fit for purpose, so it has to expand”, he said.

Some medics warn that there is insufficient evidence to support the widespread use of medical cannabis.

“They did a very extensive review of the literature internationally and they stated that there was no evidence of scientific data demonstrating the effectiveness of cannabis products”, he said.

Dr Walley is not opposed to including other conditions in the Medical Cannabis Access Programme, but he cautioned that strong medical evidence must be at the heart of any decision to expand it.

However, others have a different view.

Dr Garrett McGovern, an addiction specialist at the Priority Medical Clinic, has voiced his support for the expanded use of medical cannabis.

“There’s very little good quality research over here because the drug is illegal so, you know, we can’t have it both ways. We can’t say that there’s no evidence and on the other hand not invest in cannabis research. We have to find out both the positive and negative effects of this drug.”

Dr McGovern believes that there is already scope to expand its use.

Many campaigners admit to having purchased the drug illegally, a desperate measure they say, to ease their chronic pain.