Medical cannabis: The next innovation in oncology? 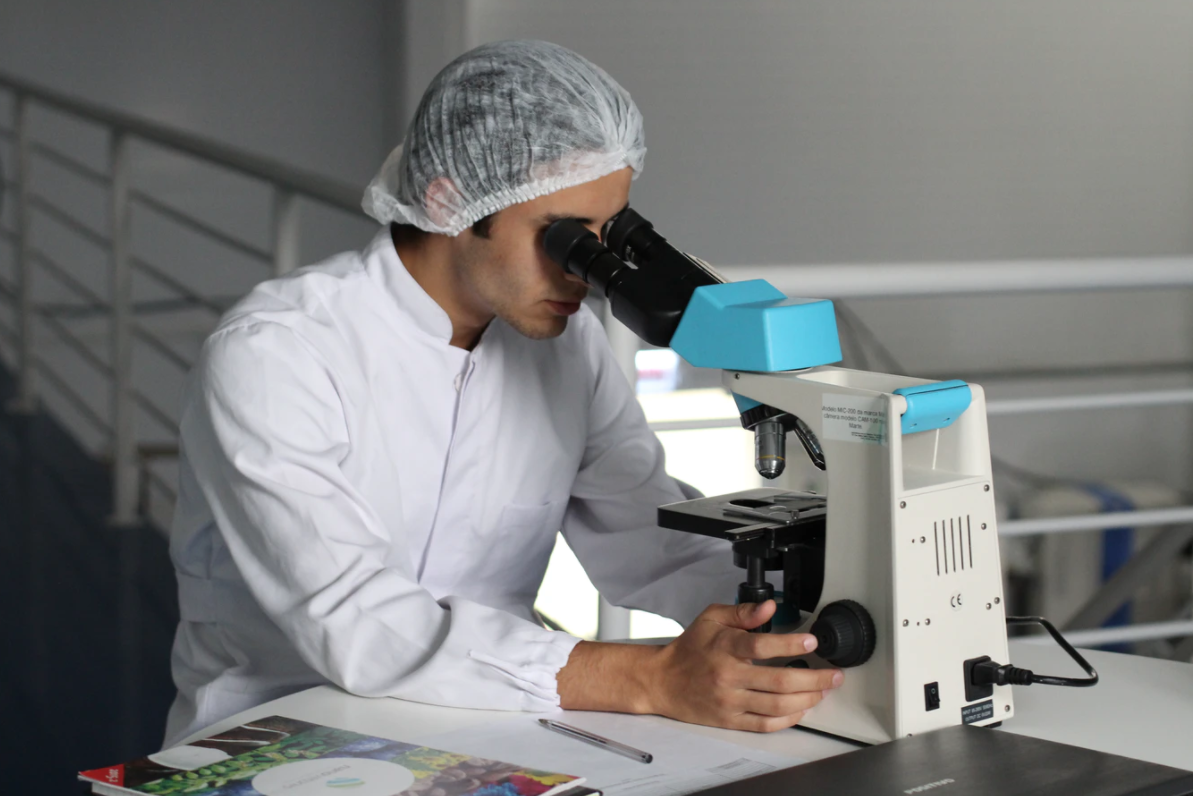 The market for medical cannabis has been growing steadily over the last decade, but it may be on the cusp of a breakthrough in oncology.

Kat Jenkins takes a look at some of the cutting-edge cannabis research underway, speaking to those working at the forefront of the field to explore this evolving cancer treatment of the future

Cannabis has been known for its healing and restorative properties since 500BC, but has only recently entered the mainstream healthcare industry. Legalised medically in the UK in 2018, cannabis is now available through the NHS for patients undergoing chemotherapy as a nausea treatment, for those suffering from severe epilepsy, and for patients with muscle stiffness and spasms caused by multiple sclerosis (MS). Medical cannabis is regularly prescribed across the globe to treat chronic pain, depression, dementia, and many other conditions, but is the healthcare industry missing out the biggest killer in the world? There are many people in oncology that think this is the case, that medical cannabis may have properties that can kill cancer cells and boost the efficacy of cancer treatments.

Sativex and the glioblastoma

One such team are the researchers behind the Phase II Aristocrat study, that will be investigating the effect of Sativex, an oral spray, which contains a mix of tetrahydrocannabinol (THC) and cannabidiol (CBD), as a complementary treatment alongside standard chemotherapy. Sativex was approved for use by the NHS in 2019 as a treatment for MS, but now researchers believe it has properties that can help patients with recurrent glioblastoma – an aggressive type of cancer that can occur in the brain or spinal cord. Susan Short, the Principal Investigator for the study, spoke to Pharmafocus about her research.

“Even with surgery, radiotherapy, and chemotherapy, nearly all of these brain tumours regrow within a year, and, unfortunately, there are very few options for patients once this occurs. There are data from the lab that suggest that some cancers, including glioblastomas, have receptor proteins for cannabinoids on their cell surfaces and are therefore sensitive to these agents. We think that cannabinoids push glioma cells in to a stressed state that makes it more likely that they will die, especially when other toxic agents like chemotherapy are administered at the same time.”

The Brain Tumour Charity has launched an appeal to raise £450,000 to fund a three-year study that will begin to enrol patients in 2022, focusing on survival and quality of life endpoints. If the trial proves successful, it could not only represent one of the first additions to NHS glioblastoma treatment in more than a decade, but will also be a huge step forward for the medical cannabis industry in the UK. The regulatory landscape for medical cannabis in Britain is challenging to say the least, but Short is optimistic about its prospects in oncology. “I hope that there will be increasing interest and more high-quality studies in the field so that oncologists can make best use of these compounds to help patients in terms of treatment of specific tumours as well as to help cancer-related symptoms.”

Dr Stephen Barnhill was happily retired after a successful career working in oncology. But in 2014 he decided to come out of retirement to focus on medical cannabis after seeing the effect it had on curing his mother’s nausea, whose weight had dropped drastically while receiving treatment for pancreatic cancer. He has become one of the most knowledgeable physicians in medical cannabis, founding Apollon Formularies with his family in 2014.

“I decided to come out of retirement and spend the rest of my life studying this drug to see whether what I just witnessed: Was that real or was it a fluke? Because I’ve been dealing with clinical trials at the highest levels in the cancer space all my career, I needed real answers. I don’t need testimonial data, I don’t want to hear what somebody’s mother or grandmother did or didn’t get – I need real science data.”

Over the past few months, Apollon has released exciting data from independent testing of its cannabis formulations, data that could have an impact on the future of medical cannabis and cancer treatment. Cannabinoid formulations that Apollon have been crafting over the past few years were tested in 3D cell cultures in the independent US laboratory BIOENSIS, to see their impact on cancer cells. First, the formulations were nanoemulsified, a process to increase bioavailability to better interest cells, then they were placed inside the 3D cell culture. “3D cell culture is a new technology where they actually grow a spheroid to grow the tumour itself. It’s not just killing a cell on the surface, it’s actually got to penetrate the cell like in the body. It’s got to get to the internal core, the bioavailability matter, all of those things come into play”, Barnhill explained.

The lab does not know what substances they are using in the testing, in Apollon’s case the samples were simply labelled C1, C2, up to C9. The cell culture runs for a period of six weeks and then, typically, the results are shared. “After two weeks I was called by the head of the lab, he called me and said, ‘I don’t know what these formulations are. I don’t know if they’re natural or synthetic but I can tell you that they are killing these cancer cells at a rate of 100% in a matter of two weeks’”. Apollon is currently reviewing the data from these tests and will announce the results as soon as they are confirmed. They have already released data for their cannabis formulations against human epidermal growth factor receptor 2 breast cancer, triple negative breast cancer, and hormone-sensitive and hormone-resistant prostate cancer. In all cases, the cannabis formulations killed almost 100% of the cancer cells in lab testing.

Medical cannabis formulations are administered in various ways, depending on the patient. Vape pens are often used early in the treatment when a patient is building up tolerance, and Apollon also uses tinctures and suppositories. Barnhill said: “As long as the patient’s over 18 years old, they make their own decisions, and we work closely with them to help accommodate them in the best scientific and medical way that we know that will give them a chance to try to get through the problem that they’re going through.”

An advantage that Apollon has is its ability to work with high levels of THC. THC is the main psychoactive compound in cannabis, and is only legal in medical products the UK in amounts of less than 0.2%. However, Barnhill believes that THC is a vital component when treating cancer. “You cannot discount the importance of THC in treating patients, particularly with cancer. If you’re going to be in this, in a serious research way, in a serious treatment way, you have to be able to not have your hands tied with what you can and can’t use. Fortunately for us, because of our licences, our hands are completely untied and we can use whatever is best for the patient.”

Apollon Jamaica is Cannabis Licensed Authorities (CLA) licenced to operate on the federal level in Jamaica. It has an experimental R&D and cultivation licence, a retail licence, and a processing and export licence – all of which enable greater freedom than most medical cannabis companies. Currently, the majority of medicinal cannabinoid products are processed to separate and extract certain compounds. This is true of Sativex, which has equal parts THC and CBD.

There are also products that contain a synthetic form of THC, Marinol (dronabinol) and Cesamet (nabilone) are two FDA-approved examples of these. However, the synergy of THC and CBD and other cannabinoids are being investigated by scientists to find out how multiple compounds enhance cannabis’ potential effect. This characterises a theory called the ‘entourage effect’ that suggests that the synergy of various molecules found in cannabis, when combined, maximises the potential efficacy of a whole plant compound, rather than isolated extracts.

“I’m a very big believer in the entourage effect, that the plant is meant to be used as the plant was created.” Barnhill added. “I’m not a big fan of isolate, where you extract out one compound and one cannabinoid and you try to make that work by itself. I think that showed as a failed experiment with Marinol, which is a synthetic THC that was approved by the FDA. Marinol did not work on my mother.

“This plant was created with terpenes and with cannabinoids and with flavonoids – and these all work together, so we use them together. But we have found that in some cases, using artificial intelligence techniques, looking at different cancers and different strains have given us certain ideas as to how to create the formulation better.”

The legislative debate is rife when it comes to medical cannabis, but for many in the field it feels as though times are changing. More countries are making the decision to legalise cannabis, and not just for medical indications. The UK is behind in this respect. The decision in November 2018 to legalise the medical use of cannabis only came into force due to an intensely publicised case of a young epileptic boy, Billy Caldwell, who had been hospitalised after he was stripped of his medical cannabis treatments. Even with this legislative change, there is still little focus upon the potential cannabis has in the treatment of cancer. Stene Jacobs is the Chief Operating Officer of Apollon, and believes that the healthcare industry is missing out. “The medical community are not looking at performance with an oncology point of view, it’s happening for dementia, pain relief, and nausea. There’s lots of different areas in that realm, but no one’s concentrating on the big prize, which is obviously cancer.”

Currently the barriers facing innovative medical cannabis cancer treatments in the UK and EU are challenging. Under a specialist regime, treatments can be prescribed but only if conventional methods have been tried first. For cancer patients, time is of the essence.

“If you try two or three conventional methods first and they’re not working, we might get a patient with stage two cancer and they might have had a good chance of us killing cells within their bodies, but, by the time you get to stage four, it’s not impossible but it’s a much more difficult task,” Jacobs explains. “The Home Office is in charge of immigration and prisons, there should be a medical body overseeing the licencing of these products.”

Paradoxically, the UK is the largest exporter of legal cannabis in the world, with the UK’s CBD market value reaching around £300 million. For professionals like Short, Jacobs, and Barnhill, who are exploring the potential of cannabis in oncology, clinical trial data is the next step to proving to the medical community the true value of cannabis. As Barnhill says, “If we can get all this clinical data out and continue to show the kind of results that we’re seeing in cancer, if GW Pharmaceuticals could sell for $7.2 billion, what would a company like ours be worth?”