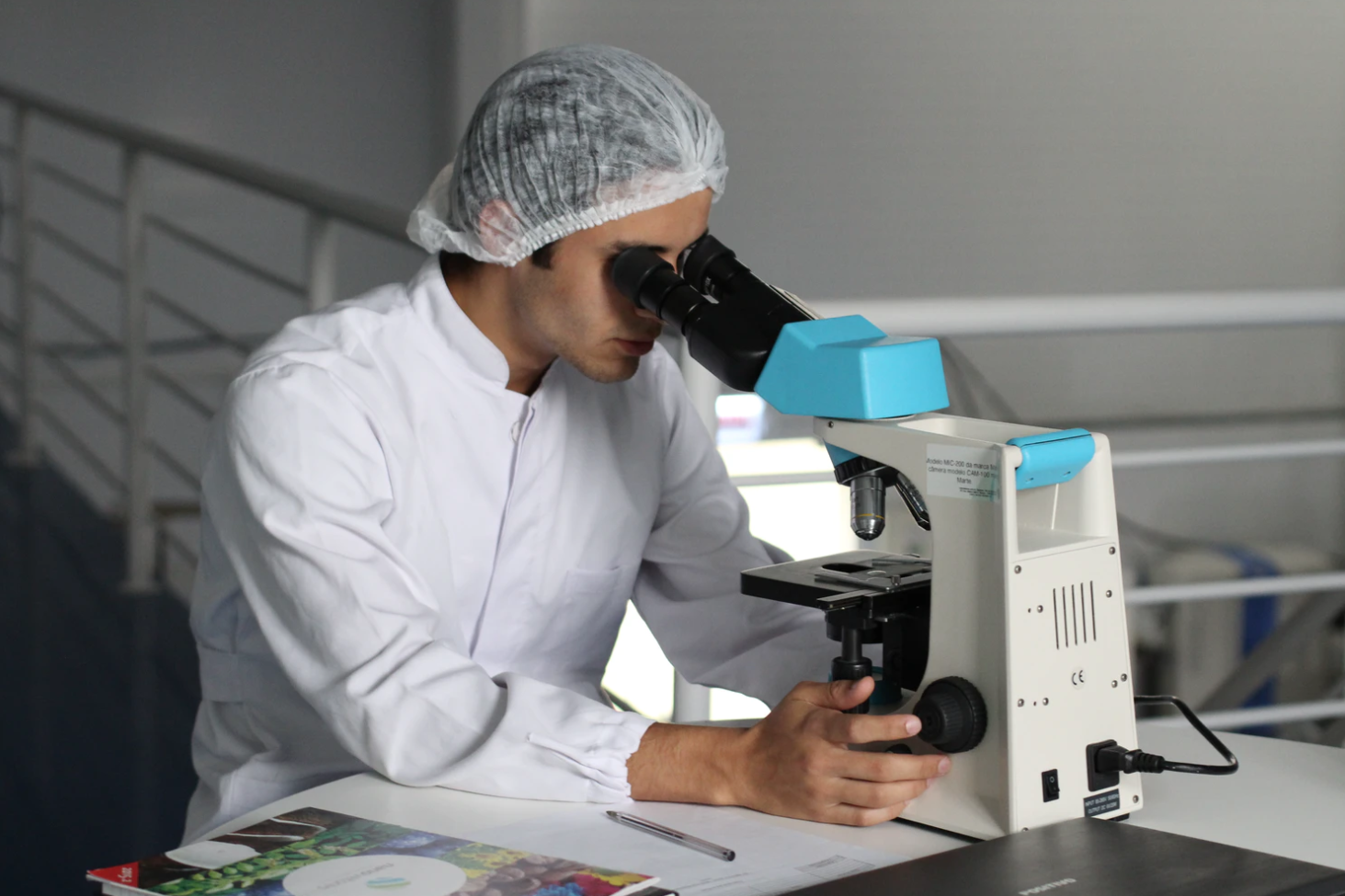 The Sapphire Medical Clinic in Stirling was approved by regulators in March and received hundreds of inquiries.

The private clinic provides unlicensed cannabis-based medicines for people with conditions that do not meet the criteria for NHS-prescribed cannabis products.

Medical cannabis was legalised in the UK in November 2018 and doctors are allowed to prescribe it in certain situations.

However, so far only one product – for children with rare forms of epilepsy – is available on the NHS in Scotland.

Heather – not her real name – is one of the first Scottish patients to receive unlicensed medical cannabis from the private clinic.

She told BBC Scotland’s The Nine that she has suffered from arthritis and neuropathic pain for a decade.

She said she had previously received opioid medication but it had little effect on her chronic pain.

Heather, who is a healthcare professional in her mid-50s, said: “Acute pain is pretty miserable and affects your whole life, your whole outlook. Some days I can’t even manage buttons.

“There’s so much I could be doing with my family that I am not ready to do, and I can’t do, because of chronic pain.”

For the past four weeks, she has been vaping dried cannabis flowers and taking oil containing the drug’s main psychoactive ingredient THC.

She paid about £100 for her first batch of medicine.

Heather said: “Because it is such a low, carefully-controlled dose, it is slowly building up to affect the actual pain receptors themselves.

“It feels as though those senses are being dulled in areas where I have got pain. Rather than feeling totally high, I haven’t felt any side effects of that of the cannabis medication.

“To me, I see it as a trial at the moment. There is certainly anecdotal evidence that it helps people. But I want to know if it is going to help me and my quality of life.”

The 2018 law change moved cannabis from schedule 1 under the Misuse of Drugs Regulations 2001 – meaning it had no therapeutic value – to schedule 2. It now means doctors can prescribe the drug in certain situations.

So far, only three products have been licensed by the UK-wide Medicines and Healthcare products Regulatory Agency (MHRA).

These are Sativex, which is used to treat severe spasticity in MS patients, Nabilone for chemotherapy-induced nausea and Epidyolex for rare forms of childhood epilepsy.

Only Epidyolex can be prescribed by the NHS in Scotland.

Many other cannabis products are unlicensed but can still be prescribed privately. 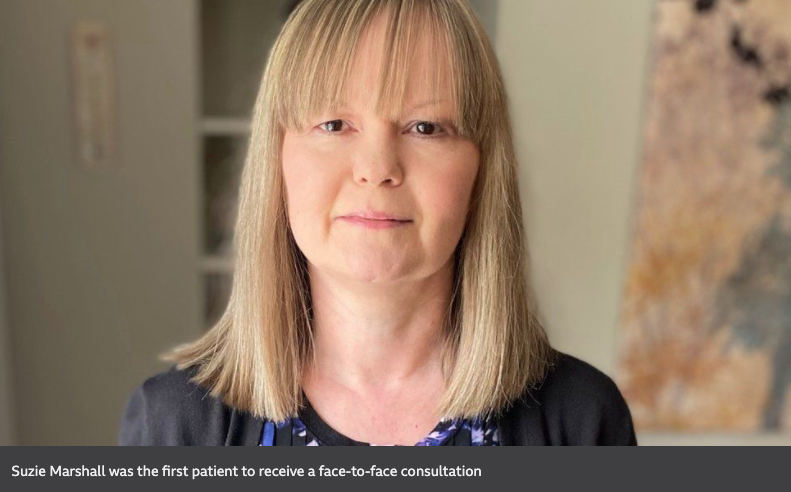 Suzie Marshall, 48, was the first patient to receive a face-to-face consultation at the Sapphire Medical Clinic after it was authorised by Healthcare Improvement Scotland (HIS).
She is a former bank worker who has suffered from chronic pain caused by rheumatoid arthritis for several years. For six weeks, she has been taking THC oil, along with CBD products.
The products cost her about £130 a month.
While she says her insomnia has improved, Suzie said it is “hard to quantify” the effect on her pain.
“It’s something that you don’t realise until a while later,” she said.
“Thinking back, it has improved slightly. It certainly hasn’t been as much at the forefront of my mind as it had been.
“I’m reluctant to say that it’s been a dramatic improvement as it is such early days. But I am optimistic.”
Patients can only be prescribed the drug if they have a medically-diagnosed condition and other treatments haven’t worked.
They are assessed by a team of clinicians before they are sent the drugs from pharmacies by courier. 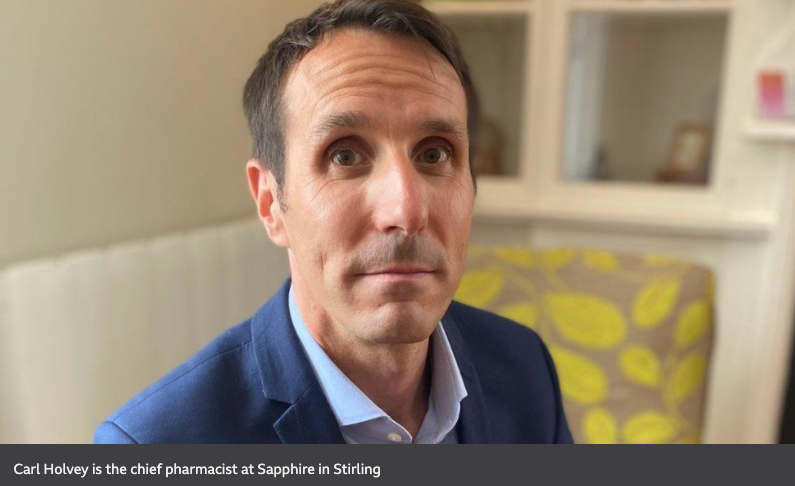 Carl Holvey – Sapphire’s chief pharmacist – said the patients they see either don’t qualify for NHS medications or the treatments have been judged not to cost-effective.

He said in the case of chronic pain, for example, there was “good clinical evidence” to show that cannabis was effective.

“But when the assessment was done, the cost of the medicines was far too high for the NHS to cover,” he said.

“We are working to gather real-world evidence and clinical data to support the use of these medicines.

“Hopefully the data will be used by the authorities to develop the knowledge base to show these medicines are effective – and cost-effective – so they can be used on the NHS.”

“This is done safely by ensuring a robust process of clinical assessment, offering treatments only where available licensed products have not shown to be beneficial, and by closely monitoring the clinical response of patients following treatment,” she said.

“Good quality clinical trials into the efficacy and safety of these products are urgently required in order to support prescribing clinicians and ensure quality care for patients.”

A HIS spokesperson said unlicensed cannabis-based medical products should be prescribed by specialist clinicians “where there is clear published evidence of benefit” and where there is a “clinical need which cannot be met by licensed medicines and where established medicines have been exhausted”.

The statement added: “Independent clinics must ensure that appropriate consultations take place, that clinicians make informed assessments, that informed patient consent is obtained in accordance with the law and professional guidelines, and that patients understand the risk and benefits of a treatment or medication.

“Moreover, clinicians should make it clear to patients if there is only limited evidence of the effectiveness of the chosen treatment.”