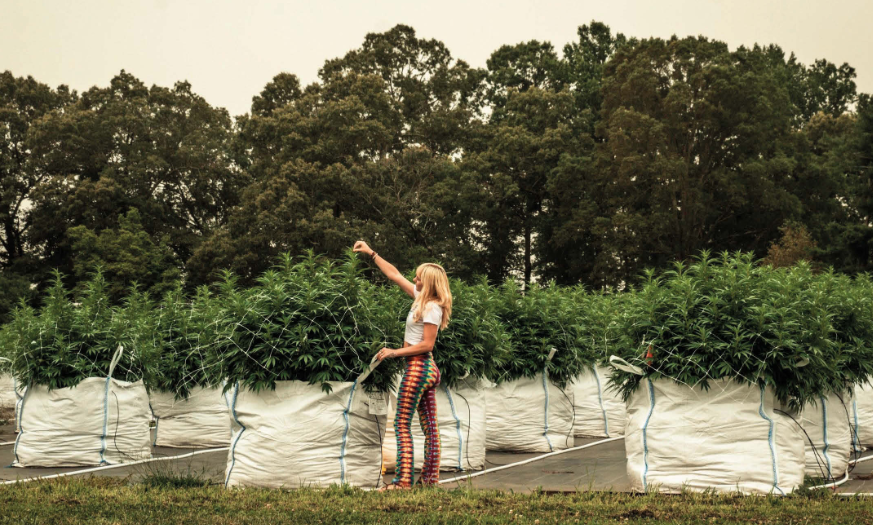 Lawrence Sowell and Ben Meyer co-founded 39 HEMP in May of 2019. Outside of owning two tech companies, they are also partners in a real-estate investment company, and decided to take the proceeds from one of the flips and invest it into a Hemp farm in Merrill, Oregon.

After following the industry for some time, and based on the benefits that can be derived from the Cannabis plant, they knew early on that this industry was going to be volatile. They felt it would be highly consumed based on the health benefits that are currently known and all those yet to be discovered.

The industry was ripe for growth and opportunities. A farmer in Merrill, a fellow fisherman’s father, reached out to discuss a potential investment opportunity they could make into his farm starting with 10 acres on an outdoor plot, planting CBD Hemp seeds. Just before they were set to plant, the farmer’s pig stepped on his ankle – breaking it and delaying the grow by two weeks. The farm was off to the races in mid-July. Late, but they were still hopeful and eager to see what they could produce.

Lawrence dug in deeper and performed thorough due-diligence on the market as a whole. He started talking with local farmers that he grew up with; the Hickeys’, Walkers’

and others – trying to understand what everyone was doing with their product, attempting to locate the “Infamous Buyer”. However, as Lawrence started to talk to more and more farms, he realized that there were no clear channels of distribution.As he ventured into the marketplace, trying to sell the product that they were growing and the product they were contracted to sell – he reached out to a friend named Chadd Olson.

At the time, Chadd was working with a past company of Lawrence and Ben’s, but they knew he was also working on some side ventures within the Hemp industry that aligned with their direction. He also reached out to other brokers across the country, but everywhere he looked, there was one person that was always involved, always at the front of the big deals and always in the know – Jazmine Kennedy with Isle of the Skye Consulting. Lawrence continued to pursue buyers and saw Jazmine post that she was flying into Oregon to view smokable Hemp Flower available to bulk buy in the area.

He jumped on the opportunity to show her his farms. She agreed to meet at a coffee shop in Eugene where Lawrence picked her up and they proceeded south to look at the farms and products he had contracted. While they were visiting farms, Lawrence couldn’t help but notice how often Jasmine’s phone was ringing, how many texts were coming in and the consistent banner of social media notifications – her sales channel was so full, she couldn’t even keep up with the demand.

Lawrence told her between all the contracts and farms that 39 had accrued, and all the connections she had – potentially she should partner with Ben and Lawrence at 39 HEMP to build a marketplace for farmers and buyers to access the information they need to buy quality products, from trusted sources.

By the end of 2019’s harvest – Jazmine came on as the President with an equal partnership to Ben and Lawrence, and Chadd accepted an equity position as the VP of Sales. At that point, 39 continued to add more products and more farms to the platform and began to attend conferences from MJ Biz Con in Vegas, the World Ag Expo in Tulare CA, the Texas Hemp Convention in Dallas, and the Indo Expo in Denver Colorado. 39 HEMP started to gain traction after meeting more and more buyers, processors, farmers and breeders. At one point 39 HEMP had over 40 million pounds of product listed on their marketplace alone, estimated to be about (⅓) one third of the available product on the entire market.In January of 2020, Jazmine introduced Lawrence to Stuart Strnad.

Stuart came from a senior business development position at Gencana. With a thorough knowledge of the oil industry, Lawrence identified the value, and invited Stuart to join the company in an equity position as the COO.

Talks started with wholesalers and publicly held companies, where the 39 team found several repetitive problems within the industry. Some examples being: How many brokers there were and how hard that made it for buyers to validate where time should be spent. However, the buyers in today’s market want third party testing, samples, site visits and due diligence. The industry has very little trust and barely any transparency, another problem 39 HEMP noticed. 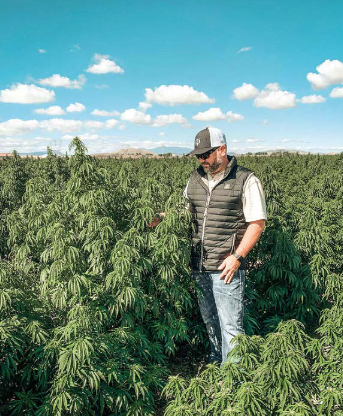 Ben and Lawrence have been building technology companies for the last ten years. In 2016, they formed Codera – a software design and development company. A company that builds frameworks that can be customized for different niche markets, with a focus on mobile first social network and e-commerce software design and development. In March of this year, they started to build genetic tracking within the framework, customizing the platform for the Hemp and Cannabis space.

Lawrence and Ben also co-founded a blockchain company called KRAMBU and saw that the best way to secure and store the data would be to utilize this new technology. This gave them the potential to piece together the fragments within the industry to provide a platform that can speak to the truth while creating trust and complete transparency. Around the same time, Jazmine introduced the team to Joel, a commodities trader living in Switzerland.

39 HEMP learned that Sunbelt Hemp had the first AOSCA certified Hemp seed genetics within the United States. Over time, they learned more and more about the genetic strains that Sunbelt Hemp was breeding, it’s history and the passion that went into developing them. 39 HEMP continued to talk to Joel and negotiate a partnership with Sunbelt Hemp to distribute the genetics, overtime, enabling 39 HEMP to meet Dr. Z – the breeder behind the genetics. Dr. Z had been developing some of these Hemp genetics since the early days of the CBD movement, making it one of the most stable CBD genetic lines in the world. The partnership began to grow, quickly and seed sales were being fulfilled.

In May of 2020, Joel sent Jazmine product samples for her to try and she said it was the best smokable CBD she had ever smoked. Initiating samples to be sent to the rest of the 39 HEMP team to try the product and agreed that it was the best that anyone had ever tried. It was a game changer and from there, the focus shifted to bringing this premium quality smokable product to the world. 39 HEMP reached out to the top growers in the nation, from indoor – outdoor – greenhouse, utilizing organic growing operations with experienced growers.

As of June 2020, 39 HEMP has established relationships with some of the largest greenhouses, farms and processors in the United States. To coordinate, 39 HEMP brought on Belinda Hicks as the Director of Operations to organize the harvests and ensure they provide a consistent stream of necessary products for the ever-changing demand of the industry.39 HEMP’s vision for the future is to create and customize digital experiences for each vertical within the marketplace to easily store and organize their data and present it in a professional marketing way to their end customers whether B2B or B2C. 39 HEMP also launched an app into beta in late May of 2020.

After several internal discussions, 39 HEMP decided to make the app Cannabis wide, to offer a social network for both Hemp and Marijuana producers and consumers. Connecting the dispensaries, and communities and allowing a CBD & Hemp shopping experience like never before, allowing producers of all types to connect and provide tracking and tracing for their material. Where communities can gather to discuss what’s going on within the industry and share their knowledge. This platform is a true birth to harvest and processing to consumer experience, in a social marketplace full of professionals and consumers connecting to the cannabinoids of their choice.