What Obstacles must the British Cannabis Industry overcome in order to thrive? – By Bethan Bee Rose 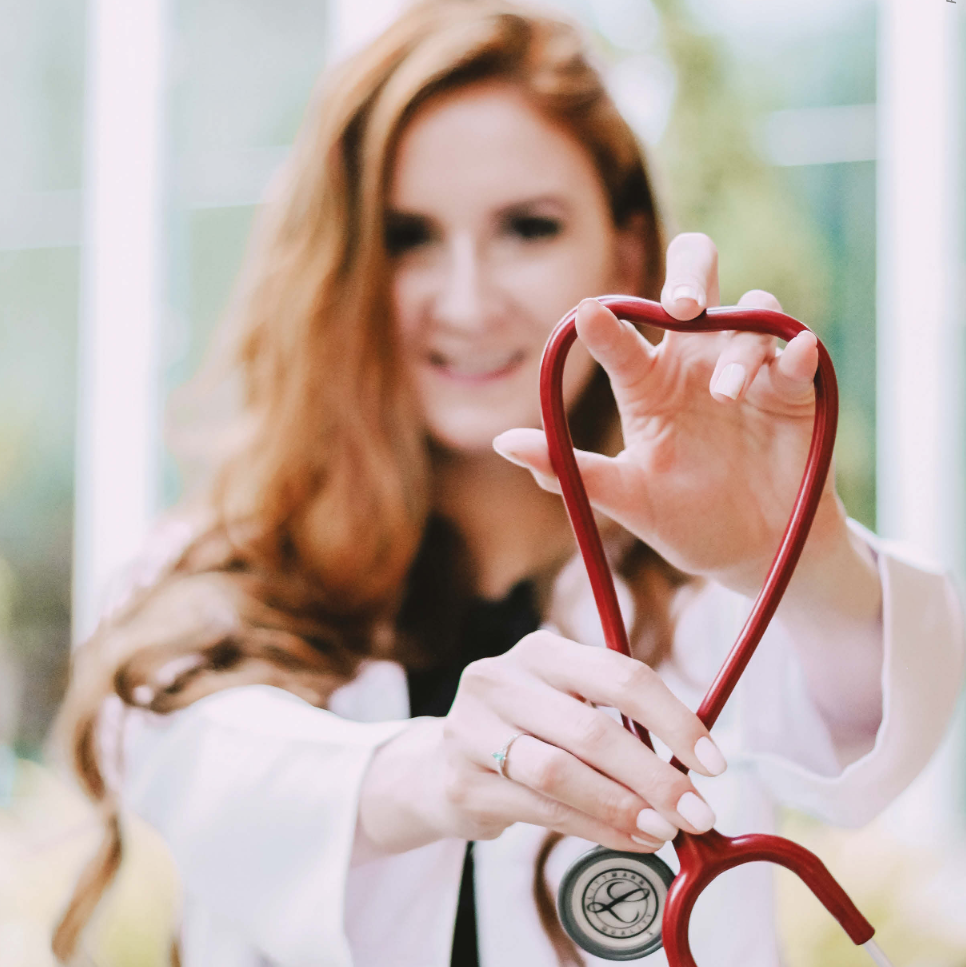 As per the terms of amendments to the Dangerous Drugs Act of 1920, cannabis was outlawed by the British government back in 1928. The plant was reclassified from Group C – during Tony Blair’s government – to Group B when Gordon Brown became the U.K. Prime Minister.

Based on existing cannabis laws in the U.K., someone caught in possession of the plant faces a maximum stint of five years behind bars and/or a fine. Even worse, supplying the drug could land illicitly-operating dealers 14 years in prison.In spite of restrictions on cannabis in the UK, the industry is recovering, slowly but surely.

A momentous moment occurred in June 2018, when Home Secretary Sajid Javid announced a government review of medicinal cannabis, which eventually led to Doctors in England, Wales and Scotland being legally able to prescribe cannabis-derived medicine on the NHS; a law that was effectuated in November 2019.What’s more, Margaret Thatcher’s favorite non-profit organization The Adam Smith Institute has urged the government to legalize cannabis.

The Institute – which has connections to the Conservative Party – argues that the UK Treasury could generate taxes to the amount of £1 billion if cannabis legalization is enacted across Great Britain. With legal weed, the non-profit claims that knife crime and youth violence can be curbed. Nonetheless, obstacles remain.

CONCERNS ABOUT MENTAL HEALTH PREVENTING CANNABIS LEGALIZATION IN THE U.K.

While it may be illegal to possess, sell, grow or use cannabis throughout the vast majority of the UK, data released by the Home Office demonstrates an increase in cannabis consumption rates. Based on a 2016 report, 2.1 million Brits used cannabis during that year. Since cannabis acceptance is spreading across the globe, the figure is sure to skyrocket in 2020.

According to a YouGov poll, three quarters of UK residents back medical cannabis legalization, while 50% supporting legal recreational use for adults. However, British law still prohibits cannabis-related activity; aside from the use of prescribed plant medicines. One of the main concerns that is preventing lawmakers from changing the legal stance on cannabis in the UK is related to mental health problems. Data shows that, despite a reduction in cannabis consumption between the years 2006 and 2014, there was a 50% increase in demand for mental health treatments.

The cannabis plant’s psychoactive compound THC (tetrahydrocannabinol) is the main culprit of increased mental health cases, according to many experts. Then again, prohibiting cannabis in the UK isn’t exactly going to solve everything; consider the sheer size of Britain’s black market for cannabis, which is valued at £2.6 billion annually. Over three million people bought 255 tons of illegal weed in 2018, according to the Institute of Economic Affairs (IEA). “It’s high time for reform of cannabis policy in the UK.

Canada and the USA are showing the way. Done properly, the legalization of cannabis is a win-win-win: criminals lose a lucrative industry, consumers get a better, safer and cheaper product, and the burden on the general taxpayer is reduced,” said the Head of Lifestyle Economics at the IEA, Chris Snowdon.

The think-tank claims that the UK’s black market is suffused with hazardous high-potency products that are untested and therefore unsafe for consumption. Moreover, justice and health systems are strained by the fact that public resources are being used to confiscate cannabis and prosecute offenders.

“The dominance of hazardous, high-strength ‘skunk’ cannabis in the black market should be a key reason for legalization. Licensed sales would allow safer, regulated cannabis to displace the more dangerous strains and generate tax revenue that could be spent on mental health services,” reads a report from the IEA Below, we touch upon some other barriers preventing cannabis legalisation in the UK:PoliticsWhen compared to places like the United States and Canada, the political dynamics are very different in the UK. Described as a “third rail issue”, the subject of cannabis reform has stirred up a concoction of political debates over the last few decades.

It seems that – while various locations on the world map amend their cannabis laws – the UK has taken a backseat to watch how everything pans out. In 2018, cannabis reform in the UK was not discussed by the Conservative and Unionist Party, nor the Labour Party.

Thankfully, a recently launched campaign – Cannabis Law Reform – is striving to kick-start public debate on the subject of drug reform policies in the UK. The campaign will collaborate closely with Conservatives and the Labour Party to determine a plan of action.

Opioid epidemic absent in the U.K.

Unlike in the US, where over 42,000 people died from opioid overdoses in 2016, the UK hasn’t endured an opioid epidemic. According to data from the NHS Business Services Authority, 12.8% of adults residing in England were prescribed opioid medication between the years 2017 and 2018. Once this information was published, a review conducted by Public Health England proved that the figures represented a reduction in the number of prescriptions administered to patients throughout 2016.

Even though prescription meds are not as frequently distributed among patients in the UK as they are in the US – something that formed an argument for legalization in the States – this is not to say that a problem isn’t lingering in Great Britain, too. Lack of legal weed promotes an illicit culture; one that is contributing to a thriving black market in the U.K. According to an article published on The Telegraph, Great Britain is on the cusp of stumbling into an opioid crisis. The article revealed how there’s been a 60% rise in the number of women obtaining prescriptions for anxiety medications, antidepressants and strong painkillers over the last decade. Medics are concerned that, while it isn’t an issue now, it could definitely become one in the future.

LACK OF CANNABIS REGULATION IN THE UK

The IEA, which describes itself as “the UK’s original free-market think-tank, founded in 1955. Our mission is to improve understanding of the fundamental institutions of a free society by analyzing and expounding the role of markets in solving economic and social problems,” says that there should be a limit set for legal cannabis products in the UK. Based on the IEA report, maximum limits for tetrahydrocannabinol (THC) and minimum limits for cannabidiol (CBD) should be imposed by regulators on legal cannabis products.

The IEA estimates that the UK harbors more than 3 million consumers, with the average consumer enjoying 82.5g on an annual basis. With the average cost of a gram of weed costing around £10, the UK market is valued at £2.55 billion annually.In the event that cannabis is legalized in the UK, the IEA recommends that the herb should be regulated in a similar way to that of alcohol and tobacco; with sales being restricted to individuals aged 18 and over inside specialist licensed premises. The IEA recommends that licenses be required for growing and selling.

Based on the assumption of a pretax retail price of £4 per gram, legalization could contribute to soaring demand; 255 tones to 322 tons on an annual basis. With a limit on THC, this is feasible, say IEA analysts.

LEGALIZATION COULD ELIMINATE THE BLACK MARKET AND YIELD HIGH TAXES

Imagine an extra £300 million being spent on the NHS every single year? This is exactly the amount that the IEA predicts will be generated from cannabis tax funds, which will stem from the creation of new jobs and businesses in the UK’s legal weed industry.

However, it should be noted that the IEA hopes to avoid high tax rates, such as those in the US States of Colorado, Washington and California. Although all have legalized cannabis, each has experienced heightened black market activity due to costly retail prices.The IEA claims that a 15% cap on THC would essentially eliminate the black market. Should this happen – and cannabis constitute 95% of the market at a VAT rate of 20% plus 30% excise tax – annual revenues earned from legal cannabis in the UK could top £690M.MORE PEOPLE IN THE U.K. ARE TRYING CBD Two recent surveys were carried out by Dynata and YouGov during the months of May and June 2019. The results showed how around 8-11% of adults in the UK have tried CBD; equivalent to somewhere in the range of 4-6 million people.

In fact, people of all age groups and social classes were said to use CBD. Individuals were, reportedly, nearly six times more likely to consume CBD within the last year if they had already tried cannabis as a treatment for various ailments, such as pain. The surveys discovered that 7% of the UK population was likely to consume cannabis for medical purposes in the past year, and 41% used CBD for medical purposes. Of the total population, 47% confirmed their support for cannabis legalization, while 75% of past-year CBD consumers voiced their support.

The size of the UK cannabis/CBD market is growing

Despite strict prohibition, cannabis use is spreading like wildfire across the UK. A previous estimate from analysts at Brightfield Group pinned a £100 million annual valuation on the UK cannabis market, whereas fresh analysis from the Centre for Medicinal Cannabis pegs the per-year value at £300M; 3-6 times more than the initial estimate. By the year 2025, the UK cannabis market is anticipated to swell to almost £1 billion. Should these predictions materialize, the market would be worth around the same as the total UK market for natural herbal supplements.

Reports also spotlight growth in the number of users, which was previously estimated at 250,000 and is now said to be around 1.3 million users. To put this into perspective, the UK cannabis market is bigger than both the UK Vitamin C market (£119M) and Vitamin D market(£145M).Capsules and tinctures/oils appear to be the favored choice for UK consumers; 70% of consumers are buying these types of products. The vast majority of consumers are buying CBD products online, since there is a lack of suppliers on the High Street.

LIKELIHOOD OF LEGAL CANNABIS IN THE UK: A LONG WAY TO GO

As a result of recent amendments to the UK’s cannabis laws, it is now possible to legally obtain medicinal-grade weed in the Kingdom; so long as a prescription is obtained by the patient from a licensed doctor. In regards to recreational cannabis legalization, no such changes are anticipated in the near future.“There are no plans to legalize or decriminalize the drug and underlined “serious harm” medical studies show it causes,” said a spokesman for the Prime Minister’s office in 2018.Although the government maintains a predominantly prohibitionist approach to cannabis legalization in the UK, something could change in the future. After all, advisers for the current Prime Minister Boris Johnson support legal weed.

Plus, since only 15,120 people in England and Wales were prosecuted for possession of cannabis in 2017 – a significant reduction since 2010, when 35,367 people were arrested – developing evidence-based policies could save police time and money designated for criminalizing cannabis consumers.