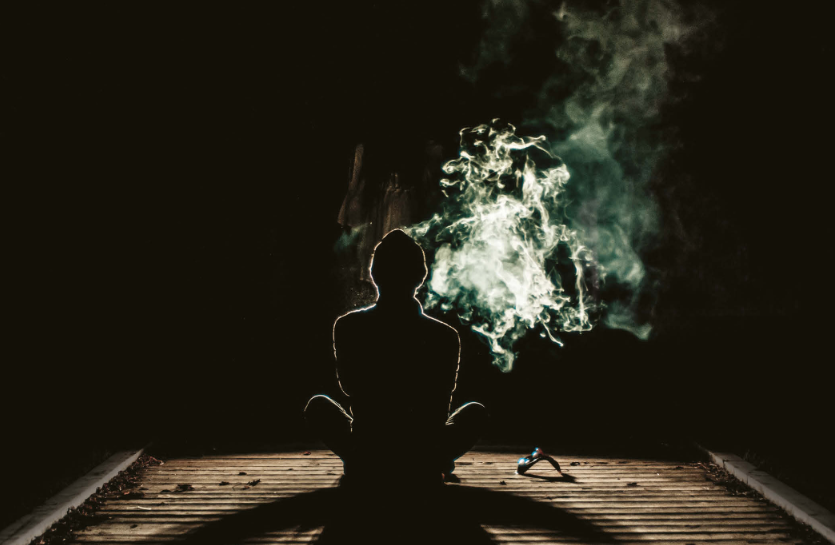 Mental health is becoming an increasingly common topic of discussion and it is because of the shrinking stigma surrounding the issues which people face that many sufferers are now prepared to be more vocal. From high-profile celebrities to friends and acquaintances, the ability to recognize that mental health encompasses many different factors and takes many different forms is crucial in allowing us to have purposeful and in-depth conversations about how deeply an individual can be affected, but it is still a challenge for many of us to even admit that we are ‘not okay’.

Recently, I’ve become much more aware of my own pitfalls and hurdles, which has allowed me to become more introspective as I search for a way to keep light shining in what sometimes seems like an eternal darkness. Although I have not found answers to all the questions I have uncovered so far, one thing is becoming increasingly certain in my mind: cannabis is a fundamental aspect of the ‘true me’.

Now, before I go on, I just want to clarify a couple of things. Firstly, I am not attempting to sway anyone round to my way of thinking – I am simply sharing my opinion and explaining the way that I feel. Secondly, I don’t want to label cannabis as some kind of miracle snake oil which instantaneously heals all known ailments – the plant’s potential to help people is rapidly becoming accepted as fact but there are innumerate factors to consider in any given situation. Thirdly, this is not some ‘preaching stoner’ nonsense, but rather a reflection on how and why I feel the way that I do.

Just like many others in the world, or so I tend to assume, I feel like I am the component sum of my experiences and decisions. From the difficult issues I faced in high school to the rebellious phase of my late-teens and throughout the various pivotal moments of the following two decades, I have often been perceived as a slightly sullen and solemn individual by those who see me in passing while those who know me more closely (hopefully) see my sense of humor, giving nature and kind heart.

It’s strange how we wear so many masks and present so many faces to the world around us, often without being conscious of any change in ourselves, yet I have found that as I have grown older I have become increasingly reclusive and distant from even those who are the closest to me. Initially, I just thought it was to do with moving to a new place or the pressures of work and family (my ‘real’ job is a far cry from my second life as a writer – this is in some ways part of the bigger problem, but we’ll come to that) but I couldn’t shake the growing feeling that I started to lose sight of myself a few years ago and I didn’t initially see that I had begun to spiral into a cloud of negative thoughts.

For most of my adult life I’ve always been what I like to call a ‘down-low depressive’, in so much as I am able to function on a day-to-day basis and I refuse to let anything get the better of me but I’m plagued by self-doubt and a lingering feeling of becoming a failure.

Some days I just seem to drift from one thing to another with no sense of purpose beyond that of getting a job done and I find it almost impossible to sit still for too long because it gives my brain time too much time to think (idle thinking can be dangerous sometimes as it leads me to dark places). I’ve always appreciated how smoking cannabis can help to calm these sensations and for many years I fell into the classic trope of being a ‘wake n bake’ user who got high just to pass the time.

Due to my circle of friends and the places and parties I chose to frequent I soon became involved in a variety of recreational drugs and made some pretty poor decisions which I’m surprised didn’t land me in a lot more trouble than it did. I had no real cause for concern at the time but looking back I see how close to breaking point I really was.

Gradually, I managed to quit everything apart from smoking tobacco and cannabis. When we had our first child, I decided to reduce my levels of cannabis consumption and at one point I abstained completely for three years due to a number of internal and external factors. Over the course of these three years I became increasingly aware that I had been Hell-bent on my own self-destruction, but I hadn’t really started to think about why this was the case.

After much pondering and soul-searching (which had to fit around the realities of raising a family and working in a high-stress profession (again, not a reference to my job as a writer), I started to work through some of the key events which have had a long-lasting effect on me. Whilst this allowed me to finally leave some things in the past where they belong, I couldn’t help but feel that something was missing which I couldn’t quite put my finger on.

During the subsequent years I started to notice a few aspects of my character which I had never really been aware of before. I had always been incredibly calm, placid and patient but it seemed that I had developed an increasingly short fuse which could lead to sudden outbursts of anger (thankfully verbal, but still the opposite of how I thought I was).

I struggled to engage with things which I enjoyed and I always found reasons not to partake in activities and events which I would have enjoyed. Slowly but surely, I was shrinking back into my shell and I began to dislike numerous aspects of my character.

One weekend I was catching up with an old friend and reminiscing on our various ridiculous escapades when they asked me if I still smoked. I replied that I hadn’t for a few years, but when they asked if I minded them having a little toke I insisted that they not pay me another thought. As is so often the case in these situations, he had a few hits and then instinctively offered me the joint.

Weirdly, I felt nervous (and slightly mischievous) about having a drag but I felt like it would be a nice way to unwind. Upon exhalation I was hit by a wave of initial calm which preceded a rush of positivity that energised me and brought a smile to my face like I hadn’t felt in a while. The rest of the night was an absolute blast and we stayed up until the small hours listening to music, playing video games, drinking and just living in the moment. I felt like myself again.

The next day I found myself still feeling upbeat as I went about my business and when I got home I decided that I needed to seriously consider bringing cannabis back into my life. It’s weird to try and justify this decision (although I shouldn’t real feel the need to do so) but in the UK there is still a sense of negativity directed towards the plant and my day-to-day reality means that I have to be very careful about anything which is deemed to be illegal.

Despite the risks, something told me that I would benefit hugely from some low-key consumption of an evening. I started off using CBD oils and vape cartridges but eventually I decided to replace the odd alcoholic drink with a cheeky spliff when I was unwinding at the end of a day.

I don’t smoke in the daytime, only in the evening, and I tend to smoke a relatively small amount (far less as an equivalent to what I was drinking daily at one point). Now I sleep well, don’t get flustered by minor issues, I can take troubles in my stride and I have become increasingly pro-active in enjoying the things which I do for leisure and relaxation.

My artistic output is going through the roof, I’ve had three pay rises due to my efforts in work, I’m closer to my wife than ever before and, dare I say it, I think I’m actually happy most of the time instead of being caught up in negativity.

Over the past couple of years, I’ve come to conclude that smoking cannabis has a hugely positive effect on me. I am calmer and more collected than I have been in a long time, I can enjoy time with my family without worrying about what’s around the corner, I’ve been able to reinvigorate my passion for the creative arts and, more than anything else, I find that I can live in the moment instead of dwelling on the past or fretting about the future.

In an ideal world I would be able to treat my depression openly with cannabis, but for now I’ll just have to do what’s right for me and hope that I don’t get arrested for it.