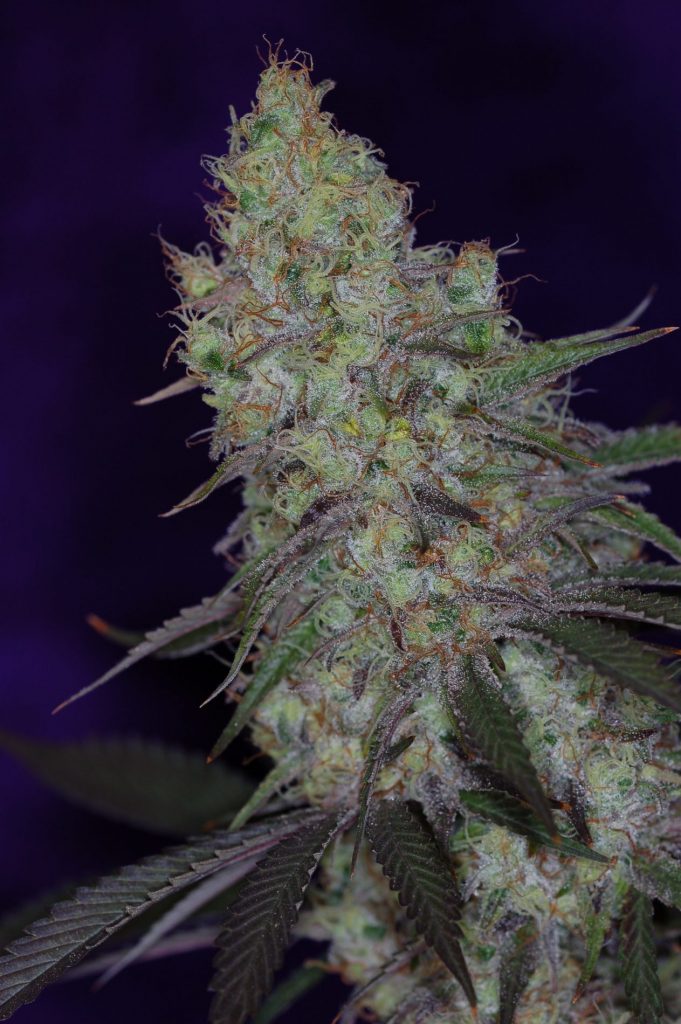 Let’s start from germination: I placed 5 seeds in Riot Rooters in a small dome at 80 degrees.

I just harvested 3 Vanilla tart plants by Badger’s Dank and I could not be happier or prouder of my good friend. I first met the man who became one of the top breeders in America almost overnight about 5 years ago. I was looking for someone to help me up at the land in California; I met him in 2013 at a Hightimes Cannabis Cup and he tested my gear for about 6 months. I was taking on a massive garden and I needed a younger strong dude to help me cage the ginormous plants. He turned out to be a great human – kind and patient – and we became lifelong friends. He also helped me in the indoor garden and eventually helped me make seeds. When I got sick, Badger was there for me.

I was living alone up on the mountain and I did not take the news well and I spiraled out of control on drugs and alcohol for over a year and the whole time Badger looked over me and tried to make sure I ate a little. He would bring me a burger and sit it on the counter when he left each day. Eventually I found my way and I have been clean over 2 years, but Badger may have saved my life a few times over that year. I did my best to pass on what I knew because my son does not grow and I did not want what I have learned over 3 decades to be lost. He worked with me for several seasons and together we grew some serious dank that we sold in clubs in California like Buds and Roses, Organicann and Harborside Health Center. He even lived with me for a short time right after I got sick helping me deal with my infusions even making sure I ate during the worst of my illness. A few months before my home burned down Badger moved to a home with his Girl Moe and started growing in his own room. I gave him almost all of my mother and father plants and how fortuitous was that as I lost everything in the cob fire October 8th 2017. Badger was already making a few crosses for me like, Ace of Spades, Plushberry, Queen Anne’s Revenge and even the second run of Mendo Dope and, after the fire, I asked him to get busy and remake all of our classic strains using the moms and dads I had stored with him. He now makes classic strains like Jack the Ripper and Pandora’s Box and Chernobyl.

In the seed game new strains do well and I asked Badger to look for a new mom and maybe even a dad and late last year he started testing Vanilla tart and it did really well in testing and recently I gave a 5 pack a run and I was very impressed with the vigor and aromas of the line, but one plant in particular stood out. This is pretty much my concept of breeding poly hybrids as the variation can lead to outstanding examples. This is a rude statement but true. When a human family has multiple kids, one will stand out and one will not. This is a fact of nature and in Cannabis I want only the gifted kids in my garden. This selection is what a breeder does IMO and when you stabilize a strain you can water down these outstanding attributes. This was true of this 5 pack I got 3 females – all smelled great, had big yields and the flowers were amazing, but one plant started bulking up and turning purple at week 7 and looked like a piece of art work among the others.

Let’s start from germination: I placed 5 seeds in Riot Rooters in a small dome at 80 degrees. I use predators from Biotactics during this phase just to manage any pest. Once the seeds germinate and develop roots, I transplant into a 6” Pot using some DEM Lush Roots and a mix of 50/50 Big Rootz soil and plain potting soil. Once the plant has 4 nodes, I top it and then shortly after transplant into a 3-gallon pot for sexing. Most cannabis plants will indicate sex around day 45 even in 18/6 light. You just need a good eye and jewelers’ loop. A male plant will develop balls and a female plants 2 white hairs once sexed discard the males and transplant the females into final pots I use 15-gallon pro cans. There is an excellent transplanting tutorial on YouTube by me just Google “Subcool Transplanting” I aggressively train, supercrop and perform low stress bondage in order to increase yields. A Good grower should be able to get 1 Pound per 1000-watt light.  Vanilla Tart gave me a little over 700 grams in a 4-plant quadrant (I think I could get just a bit more on my next run with a bit more veg time). This medical garden supplied medicine to 5 patients but it is also an amazing place to test lots of strains. I don’t always take clones of everything because I don’t have the plant counts to do so. Once in a while you run a strain that stands well above the rest and I feel that is the case with the Purple phenotype of Vanilla Tart and it has nothing to do with the coloring. The sheer size and resin production would determine that, but the complex smell of a desert cream and lime is amazing. All three of my females carried this train but when you add size and color to the equation, I knew it was that one in a decade type plants and also the reason I love F1’s. I decided to regenerate THE PLANT. This is accomplished by leaving a good amount of the fan leaves and small buds after harvest and returning her to 18/6 Lighting. Other tricks are to let the pot dry out for a few days as it was feeding a massive tree prior. Then a nice tea high in nitrogen can kick start the hormones needed. In time, a few of the buds will form little tiny single leaves that will grow out into growing shoots. I let this continue and this shoot will grow first three leaves then 5 then 7 and finally it will look normal. That is when you can take a clone and have a copy of the amazing plant you wanted to duplicate. Regeneration is not used that often but I know for a fact some of the more famous cuttings in this industry have been saved this way.

I do not smoke flower as it’s too harsh with my lung condition – I prefer solventless extracts and the best way for me to enjoy and experience the terpenes and cannabinoids is to smash some buds and harvest the rosin. The flavor or tart is like smoking Key Lime Pie except the desert doesn’t instantly give you red glassy eyes after a taste. Great yield to nice creamy color and just disappears with heat into a vapor.

I did not expect to like this strain so much, but I should have known. Badger’s are tenacious and this one takes growing and breeding Cannabis very seriously. I am currently testing several more strains created by him using his amazing new Gogi OG male and I can’t wait to run his next creation!