Learning from the HISTORY OF WINE 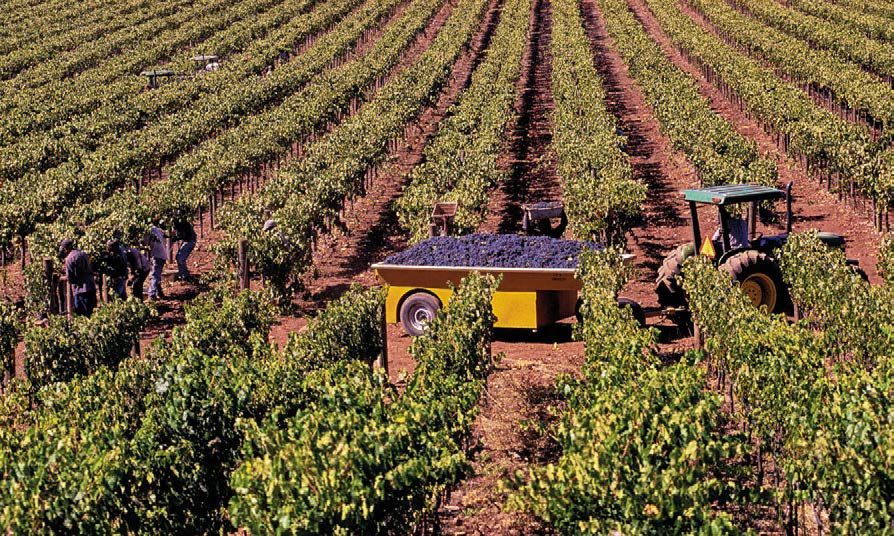 The Emerald Triangle has been the biggest producer and exporter of Cannabis in the U.S. since the late 60’s.

Cannabis is at a turning point in its long history, California legalization will create changes that will have far reaching repercussions on world economy; the wine industry was in a somewhat comparable situation in the mid eighteenth-century when they literally reinvented viticulture after ten thousand years of history and created a new market based on a hierarchical classification of wine to support ‘quality over quantity’.

According to renown expert Dr. Patrick McGovern, “Fermented beverages have been preferred over water throughout the ages: they are safer, provide psychotropic effects, and are more nutritious. Some have even said alcohol was the primary agent for the development of Western civilization, since more healthy individuals (even if inebriated much of the time) lived longer and had greater reproductive success”.

For over ten thousand years the whole European continent, from weaned toddlers to elders on their deathbed, were consuming wine in large quantities; our ancestors were not drinking gallons of wine daily for the pure pleasure of it, but as the only form of water sanitation.

The first competition to the wine monopoly came in the seventeenth century with the apparition of new beverages like hard liquor, tea, coffee and chocolate; consumers were more than willing for a change, if they could afford it, forcing viticulture as an industry into a total makeover.

Wine had to be transmuted from a mandatory means to quench one’s thirst into an exclusive beverage expressing good taste and quality; the bourgeoning understanding of soil, climate and varietals chemistry supported this change in public perception. Wines were acquiring an identity for the first time: specific attributes and characteristics of a wine produced in a precise region would appear in the vintage season after season, giving birth to the notion of “terroir”.

The recognition that certain varietals expressed specific characteristics in vineyards within the regions laid the foundation for the emergence of the associated estates and domains classification, and the development of the concept of the “Bordeaux Classification”, the corner stone of the Appellation d’Origine Contrôlée (AOC – “Registered designation of origin” in English).

In 1855, the Bordeaux Chamber of Commerce and Vintners Association created a classification of wine hierarchy that focused on three points:

1. The long-standing reputation for quality in a producing region

2. The constancy of the defining characteristics of the wine from the specific domains in the region

3. The continuity of a wine’s identity over time and its public recognition

Bordeaux was the biggest trading port on the Atlantic coast of France, as the region had been producing and exporting wines since the Roman Empire. The first “modern wines” were born in the region, wines with a legacy of quality and distinctive characteristics due to the dedication and insight of wine’s true potential held by a few visionary wine makers.

The expression was born in the real estate industry in the early 1900s, but applies so well in this case that its origin could well have been in mid-nineteenth century Bordeaux, coming to life with the concept of “terroir”, a notion that would revolutionize viticulture.

Today the Cannabis industry in California faces a somewhat similar situation as my ancestors did in Bordeaux. Since the decline of the lumber industry, Cannabis cultivation has been the main economic resource for Northern California and the general norm has been to focus on quantity over quality. Prohibition and the Black Market are not quality precursors, but thankfully there is always the exception to the rule. The dedication to quality from a few families who, over the last three generations, have brought recognition that certain Cannabis strains actually express specific characteristics within a region as grape varietals do.

The Emerald Triangle has been the biggest producer and exporter of Cannabis in the U.S. since the late 60’s, and that offers as much heritage as many Domains and Chateaux in France. The natural discovery of the quality of terroir in the Emerald Triangle and the uniqueness of the local genetics offer as colossal an economic opportunity as viticulture as demonstrated. We just have to follow the blue print that created a multi-billion dollar industry over the last 160 years.

Successful development of the local industry needs quality control mechanisms similar to the Appellation d’Origine Contrôlée originally developed by the Bordeaux wine growers. Local growers associations like the Emerald Growers Association (EGA), the California Cannabis Industry Association (CCIA) or the National Cannabis Industry Association (NCIA), with the support of the local Chamber of Commerce need to create guidelines similar to the first wine classification system, with the same focus and visionary approach:

• A long-standing reputation for the quality of a producing region

There is no argument when it comes to the Emerald Triangle’s deserved reputation for quality. It is more difficult to assess a constancy of the defining characteristics of genetics from specific farms than it was for the wine industry, simply because a majority of growers have been following market trends for obvious financial reasons. We have, nonetheless, enough preservationists and families of breeders to offer a solid evaluation of the constancy of genetics and terroir in Northern California. As it was in Bordeaux, it is in Northern California – a few with the dedication and insight of Cannabis’ true potential can establish the standard for the future.

The continuity of genetic identity over time and public recognition of the Emerald Triangle is also undeniable; the local genetic pool is truly unique and worth developing and protecting. A classification system would protect small farmers and local enterprises with quality standards that cannot be replicated by quantity-based business models used by mega-producers, similar to the wine industry around the world today.

Such a system would brand our growing regions, by that I mean that Mendocino would be recognized for its uniqueness like Bordeaux or Champagne, and any parcel of land in the region would be a “Domain” with all the commercial implications that come with worldwide recognition.

Credit has to be given for such an economic opportunity, as well as respect, to all the growers who, today, offer their country the means to emulate the success of the wine classification system and the multi-billion dollar industry it supports. The chance to create your own quality standards in any industry comes once in a lifetime; we have today the opportunity to do just that in the Cannabis industry, basing our standards on the best genetics ever grown in the country.

It is imperative for all Californians to understand the significance of such an initiative and the economic repercussions it would generate for the state and country. We need to protect our patrimony by working alongside associations like the Emerald Growers Association (EGA), the California Cannabis Industry Association (CCIA) or the National Cannabis Industry Association (NCIA); they have the vision and need our support to ensure the collective success for the region.

For more information about the work of these organizations visit:

1. Patrick McGovern is the Scientific Director of the Biomolecular Archaeology Project for Cuisine, Fermented Beverages, and Health at the University of Pennsylvania Museum in Philadelphia, where he is also an Adjunct Professor of Anthropology. In the popular imagination, he is known as the “Indiana Jones of Ancient Ales, Wines, and Extreme Beverages.” http://www.penn.museum/sites/biomoleculararchaeology/

2. Varietals refer to specific variety or type of grape used to make a wine.

3. Terroir: the combination of factors including soil, climate, and sunlight that gives wine grapes their distinctive character. Origin – French, land, country, stretch of land in reference to its agricultural features, from Old French tieroir, from Vulgar Latin *terratorium, alteration of Latin territorium. First Known Use: 1863 Merriam-Webster.com

4. A traditional turn of phrase used by property experts is that the three most important factors in determining the desirability of a property are “location, location, location”. The phrase has been said to have been coined by Harold Samuel, though it appears in print as early as 1926. (Wikipedia)

5. The terms “Domaine” and “Chateau” describe a wine estate that makes wine from grapes grown in its own vineyards. (thefreedictionary.com)

* 1855 A history of the Bordeaux Classification by Dewey Markham Jr.

* The Story of Wine by Hugh Johnson