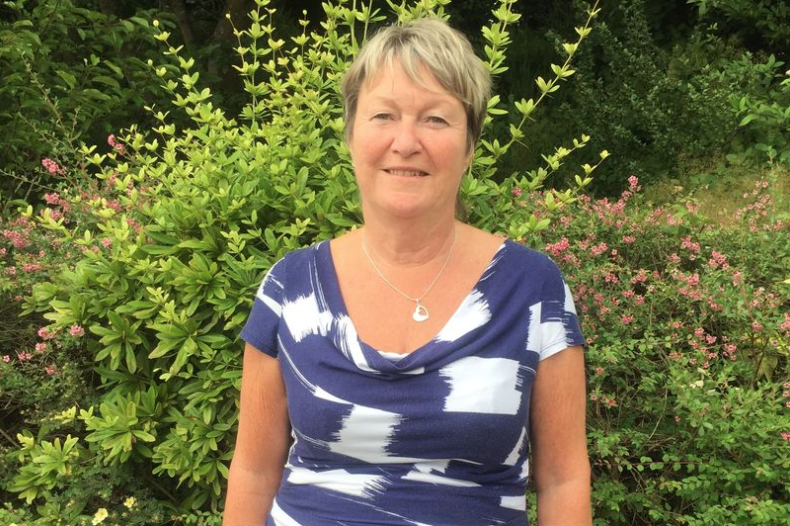 A gran who started using cannabis oil during her fight against cancer instead of opting for traditional treatments says she is still clear of the disease.

Lin Coxon was diagnosed with breast cancer in 2017 and started using cannabis oil to treat it, even though Cancer Research UK says there is “currently no reliable evidence that it can effectively treat cancer in patients”.

The 73-year-old was originally told she had a 33mm malignant tumour in her breast.

This had infected nearby muscle and lymph nodes and she was told by doctors she would need around eight rounds of chemotherapy to treat the cancer.

This was to be followed by a lumpectomy and the removal of all the lymph nodes and radiotherapy.

But Lin, from Willington, had been researching more natural ways to combat her illness and decided to try taking cannabis oil instead.

The oil is extracted from the plant and does not have cannabis’s psychoactive effects, reports DerbyshireLive.

She said: “I’m not ever recommending anybody not to have the usual sorts of treatment because not everybody is prepared to do that, but they can try it before they start their treatment and see whether it shrinks things.

“Now having had chemotherapy, although not much, it’s absolutely awful stuff. It’s poison and not good for your system.

“I stuck with my oil until 2020 when they said three lymph nodes had come back under my arm. I started on chemotherapy, which didn’t suit me so they stopped it, and so I went back on the oil again.

“I had a lumpectomy last June and they found 1mm of cancer in my breast, that was all, and I got a second opinion.

“I didn’t want all the lymph nodes taking out, so they took out five and there was only a trace of cancer in one. I’m back on the oil, I only take it every three days now.”

Medicinal cannabis has been subject to controversy, having only been legalised by the UK Government in 2018. But cannabis is becoming more widely used as research is carried out into its effects.

Cancer Research UK, which supports further investigation into the potential treatment, says there is “currently no reliable evidence that it can effectively treat cancer in patients”.

Lin, who works as an assistant to MP Heather Wheeler, added: “I’ve said to people who have got in touch with me that it worked for me, and it can’t do any harm to anybody, it’s a plant-based thing so it’s worth a go for whoever.

“But I never ever say to anybody ‘yes it will work’ because I just don’t know, do I?

“My doctors aren’t opposed to it now, but they don’t recommend it to anyone because they can’t and there are currently no trials.

“I think because it’s got the word cannabis on it, it’s always going to be controversial.”

Lin has previously spoken to Matt Hancock while he was Health Secretary about her experiences of using cannabis oil to treat her cancer.

Though interested, he was unable to put any plan in place surrounding the use of cannabis oil before Covid hit the country in early 2020.

Lin is now waiting to talk to current health secretary Sajid Javid about her beliefs in the benefits of the drug.

“If you look in every health food shop, in every chemist, it’s for sale,” Lin said.

“The general public are actually using it, but in the general media people don’t understand what it is.

“If they did, they’d know that they couldn’t get hooked on it. You could drink a bucket load of this stuff and not get high from it.”

Lin does not promise that the drug will have an effect on everyone.

But she encourages people to try it before going ahead with traditional cancer treatments.

She added: “I can certainly say it’s worked for me, and what I would say to anybody is that they shouldn’t be afraid to try it.

“I don’t recommend it to people, I just say what’s happened to me, because I can’t do that – that’s not my job.

“I’ve chosen not to have radiotherapy or to have hormone suppressants and I’ve just taken the oil because I believe in it.”

Martin Ledwick, head information nurse at Cancer Research UK, said: “While there is evidence that medicinal cannabis products can help manage pain and side-effects, there is currently no reliable evidence that it can effectively treat cancer in patients.

“Cancer Research UK is supportive of properly conducted scientific research into cannabis and any potential benefits it might have for people affected by cancer.

“But further trials are needed to understand whether cannabis-containing products are safe and effective in treating cancer.”