WHAT IS HAPPENING IN THE UK CBD INDUSTRY?

The UK cannabis industry getting to grips with its new CBD regulatory framework..

As this issue of Weed World Magazine hits the stands across the world, the UK cannabis industry will be trying to get to grips with its new CBD regulatory framework. It was announced back in early 2020 that the UK Food Safety Authority (FSA) was to regulate CBD products designed for consumption that are now considered ‘novel food ’.

This decision  caused  great  uproar  and  stress  to  the  plethora  of  CBD  companies  that  have  popped  up  over  the last several years. Some said it would never happen, while others quietly worked to ensure that it would. Seeking to capitalize and profit from a tightly regulated and highly restricted marketplace

We have known for quite some time that eventually a regulator would have to emerge to govern the industry and stamp out the ‘CBD cowboys’. It was, however, hoped by most in the industry that it would be an impartial body populated by intelligent individuals with real-world experience, expertise, and a passion for the plant – not just profit.

When the announcement was first made it was believed that only isolate or distillate products would be granted a ‘validated’ application from the FSA – meaning they can legally trade after the March 31st deadline. However, it has since become apparent that several companies have submitted their applications along with documents that show the efficacy and safety of their products.

I have been told that if a company can provide evidence of historic sales, valid safety certificates, and lab test results that they will still be considered regardless of whether the product is isolate, distillate, or whole-plant. One final hurdle that has been erected is that only validated applications for CBD products that were on the market before the February 13th 2020 announcement that also have a validated application will be allowed to remain on retail shelves.

It will likely take a long time for the FSA to approve all of the validated applications that it has collected before it will accept any more new ones. The agency themselves have suggested that it may take up to 17 months to clear the backlog of current applications.

Several sources have confirmed to me that the European Industrial Hemp Association (EIHA) has submitted on behalf of a large consortium of UK brands with diverse products including whole-plant that are both broad and full-spectrum.

So why have so many companies been under the impression that only isolate and distillate product applications would be considered by the FSA? Well, that all has to do with a protracted ‘civil war’ that has been ongoing between various wannabe cannabis regulatory bodies in the UK for years.

Over the last few years several organizations have sought to win over the individual companies that make up the emerging industry. They achieved this by promising that they alone could provide a pathway to legality, longevity, and legitimacy within the British Cannabis industry.

Organizations like The CTA, The CMC, and The ACI have all in some way mislead British CBD and hemp-cannabis companies into signing up and paying often eye-wateringly expensive fees. All on the notion that they would fight for legislation to protect their best interests within the emerging UK cannabis industry. In reality, nothing could have been further from the truth.

It emerged recently that The ACI was not only not fighting against the clearly false designation of CBD as a novel food but that they are actually partnering with the FSA. In an update released on their website they announced a partnership with the FSA. This includes an agreement for The ACI to ‘run educational webinars and develop literature to enable Trading Standards officers to recognize non-compliant CBD products.

These organizations had a rather public spat in the press back in 2019. When The CMC hired a new member of The ACI to perform a ‘blind test’ on 30 major retail CBD brand oils (many of them represented by the CTA). They then published a damning report that was leaked to the British press.

This report found that pretty much all but the then three CMC member companies were outside of the 10% margin used to define if a product was correctly labeled. The same report found that seven of the products tested contained residual solvents from the extraction process and one contained detectable levels of heavy metal.

The leaking of this report to the mainstream press in the UK sparked calls for stricter regulations and greatly harmed the standing of fellow wannabe regulators who saw an exodus of companies following its publication. This was ‘allegedly’ accelerated by certain individuals within rival organizations ‘jumping ship’ with access to membership lists and other sensitive data.

The ACI and CMC would have companies believe that the only route to access the FSA and gain a validated application is to pay them for the privilege and with membership fees at the ACI and CMC now being standardized to one flat rate of just £25,000 per-year – it’s a bargain for all those budding ‘mom and pop’ CBD businesses

This exceedingly high membership price ensures that they only help those that will ultimately help them financially in the long run. They have used this money, power, and influence to ensure that when the legislation for ‘medical cannabis’ was drafted in 2018 that it directly benefited their corporate interests and the minority of companies that can afford to pay to play.

The same is happening now with CBD and ‘Hemp’ cannabis in the UK. The very name tells you all you need to know about this organization. The Association of the Cannabinoid Industry. The keyword there being CANNABINOID. A deliberate decision to avoid using the word cannabis. Instead choosing the name of the compounds found in cannabis that their members are working hard to produce patented chemical analogs and synthetic processes to remove cannabis from the equation altogether.

This allows for a small cabal of wealthy investors, corrupt politicians, as well as pharmaceutical and ‘medical cannabis’ companies the opportunity to restrict and monopolize the industry. Harvesting the therapeutic benefits and properties of cannabis – while still being able to persecute and criminalize those that cultivate and possess it.

These classist gentrifying agents of agony are not interested in freeing the cannabis plant from un-evidenced and ideological legal restrictions. Far from it, they only seek to profiteer from the creation of an industry that has been built on the perpetuation of prohibition and the suffering of millions of everyday cannabis consumers.That being said, several sources I have spoken with assure me that there will not be an apocalyptic event on April 1st with hundreds of brands becoming targeted for now being illegal overnight.

In reality, it will take the relevant authorities quite some time to catch up and understand how to enforce the new novel regulations. I now believe that there will be a discretionary phase where businesses are allowed to sell off their non-compliant products and avoid prosecution. If the rumors are to be believed then there will definitely be a good number of broad and full-spectrum products available on the market from April anyway – making enforcement that much harder.

Broad and full-spectrum products that have a validated FSA application will temporarily remain legal until the UK government clarifies its definition of ‘acceptable’ trace levels of THC in CBD and hemp-cannabis products. If Kit Malthouse, the Minister of State for Crime and Policing gets his way it will be defined between 0.01% and 0.0001% by weight per controlled cannabinoid.

The recommendation was made in a letter written by Kit Malthouse to the Advisory Council on the Misuse of Drugs (ACMD) In this correspondence he asked for clarification of what percentage THC can be defined as an acceptable ‘trace’ amount. Under current rules, the Home Offices allows up to 1mg of THC per product.

The ACI wrote a letter in response to MP Malthouse where they claim “our report has independently considered all the available data and recommends a THC safety limit of 0.03%” a reduction that would make it incredibly difficult for whole-plant phytocannabinoid-based product producers to compete with cheap isolate and synthetic producers.

In much the same way that individuals and nations with vested financial interests in resources such as timber, petroleum, cotton, and pharmaceuticals framed the debate around the 1961 and 1971 UN narcotic conventions. So too are the vested interests of today seeking to ensure that any legislation change directly benefits them.

The shadowy figures that have for too long haunted the chambers of power and forced the unseen hand of the market to bend to their whim are now beginning to be revealed. Let us hope the true scale of their corruption, cronyism, and criminality will be brought to light and their masochistic machinations prevented from creating further destruction and division within the UK cannabis movement.

Regardless of what happens with the CBD situation, it should be enough to prove to the plethora of CBD and hemp-cannabis companies out there that this cartel is not the only way to cultivate a legal Cannabis market in the UK.

For the last few years I have been trying to warn the industry that these self-appointed regulatory bodies didn’t have their best interests at heart. I have done countless live streams discussing this very subject, only to be left feeling like I am screaming into the abyss.I have written numerous articles and I have spoken on stages at various cannabis events and expos imploring the industry to see what I see coming. In the hope of uniting the industry into fighting for the ubiquitous re-legalization of cannabis and a level playing field for all.

Last summer, I wrote a Call to Arms letter hoping that others shared my concerns and fears but unfortunately, it too fell on deaf ears. So it deeply saddens me to see so many of the things I feared come to fruition. This isn’t quite the end of the story yet though. There is still a lot that we can do as believers in a world where cannabis is would be truly free.

There is an old Chinese proverb that says ‘The best time to plant a tree was 20 years ago, the second best time is now’. My friends, it is time to finally cast off the arbitrary distinctions between our sectors and recognize that if we do not unite and fight there will be nothing left for any of us when the vultures of venture capitalism have finished picking the fresh corpse of the cannabis industry.

I call on you all in our hour of need to have the fortitude to stand up for what is right and not just take what crumbs you hope they may offer you.

There will never be a better time to come together to protect the plant, culture, and community we all love. We all just want to see the war over and all cannabis consumers to be free to cultivate whatever relationship they choose with this plant that has given us all so much.

The pie they are cooking seems rather large and smells awfully good, but do not trick yourself into thinking that they will ever give you a slice. The only way we will get a piece of the pie is if we all roll up our sleeves and bake it together. 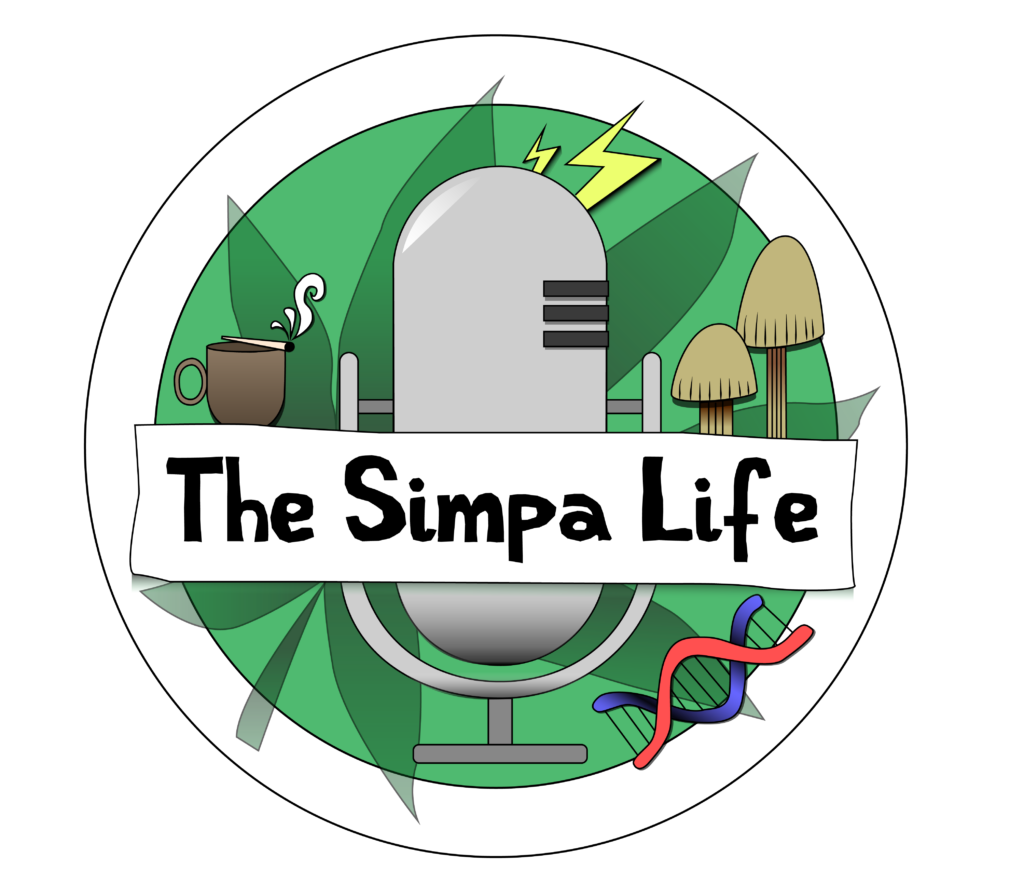 Written and Published By Simpa in Weed World Magazine issue 151