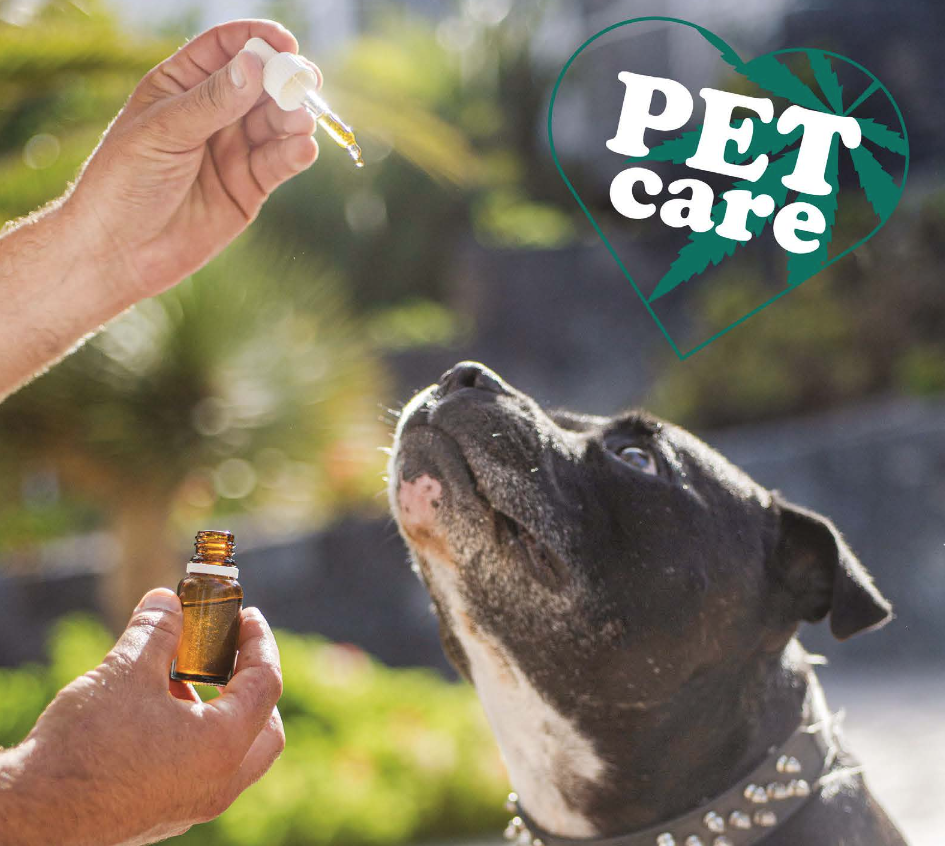 Originally from Berkeley, California, longtime cannabis farmer and caregiver, Marelyn Shapiro, moved her family of six to Las Vegas Nevada to care for her ailing parents.

In a few short years the residential home soon became Granny Buds Farm, Chicken Rescue & Dog Hospice, with her family caring for a multitude of wild and domestic animals, using plant-based remedies. Mother now to seven Foster kids with significant issues and needs, Shapiro is no stranger to caregiving on a grand scale. 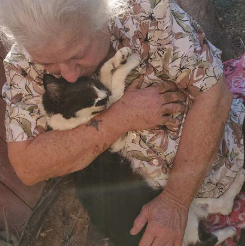 Add a menagerie of animals, and she’s considered a miracle worker – but she’ll tell you, it’s all about the plants.“When we moved onto the property there was just a house, some lawn and a few trees,” she said. “It wasn’t much, but in a few years we had fruit trees and were growing our own vegetables.” Shapiro said she returned to growing cannabis after a long break when the kids were young.

Today, the farm is a fully functioning, remedy-making endeavour, with everyone involved in every aspect.“The kids have learned about farming, drywalling, irrigation, and painting,” she explained. “They build chicken coops, and help build grow rooms and install irrigation for others in the community.

Everything we make goes back into the animals and the farm.” As special needs kids, Shapiro said caring for animals was the best therapy they could have received. Her own first rescue was a kitten, and said that when the kids were small she rescued kittens as therapy for them.”“My son Shamar is my right hand, but when I adopted him at three years old, he was considered a feral child,” she said. “I believe that farming of the cannabis plant and caring for animals helped all my children more than anything could have. Today, Shamar is the manager of the farm.”

Rescued with Weed Shapiro and family make a variety of remedies, including strong cannabis oil, tinctures, and topical salve; growing all cultivars themselves on the home farm.Her salve recipe was created when a horse they were called on to care for at a nearby farm required a large amount of topical salve, suffering from a bad skin infection.

There was also a donkey nearby, with an infected open wound that was infested with fl ies. After cleaning them up they made a huge bath of salve and applied it to both their wounds. Upon returning to the farm the next week, both were found healing nicely, with no sign of infections.

Another seemingly miracoulus rescue was with a wild bird in very bad shape, referred from a nearby veterinarian’s offi ce (pictured).“We worked on him for seven hours. He ate a tiny bit of the salve, but we couldn’t get him to open his eyes or eat again,” she shared. “Then, he started to recover, jumped off the table, and was immediately in the mouth of one of the dogs!”The tiny bird was rescued in seconds, but did not escape severe injury. 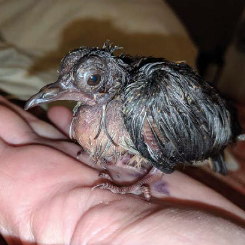 Again, they worked on him for three more days. After “leaving no stone unturned,” (which included physical therapy), on the fourth day the wee thing stood up.Author’s note: Cannabis oil has been shown to replace antibiotics.

Using cannabis ingested in conjunction with the pharmaceutical keeps the immune system healthy, counteracting the negative effects, as antibiotics kill good cells along with the bad, or infected cells. “He started flapping his wings when I went to the cage – just like they do when mommy approaches,” she added.

“We’ve used this salve for everything from the pain of arthritis – both in humans and animals,” she said. “This salve has actually healed every skin condition we’ve ever treated, including infections, psoriasis, eczema, nail fungus, burns, reduces wrinkles, treats mild cancers and lesions on skin. It also helps to grow back fur and feathers in animals – and hair in humans – which is pretty remarkable.”Shapiro said they also dose dogs orally with the salve, relieving anxiety for trips to the veterinary’s offi ce and car rides in general.

It also calms during noisy events, like 4th of July fi reworks in the U.S. – and says it works in the same way for humans.“It’s really not a miracle, she surmised. “The cannabis plant, and so many other plants, are medicine. We’ve just been distracted from the garden, and tricked into thinking it’s wrong.

Before the kids, I lived covertly, with a secret grow room in my basement with a hidden door. Today, we live in a legal state and my grown kids are a big part of the farm and the healing that happens every day here. That’s the miracle.”

Shapiro named the salve, Incredibly Miraculous Salve, because it’s said to work like a miracle.“The cultivars I use for the salve are Ringo’s Gift high CBD, Critical Mass, CBD Kush, and Critical Cure,” she explained. “But, I also add other beneficial plants, like lemon verbena, rosemary, lavender and ginger – each with their own medicinal properties.”Ringo’s Gift was hybridized by longtime Southern Humboldt cannabis farmer, the late, Lawrence Ringo, who we lost just a few years ago. 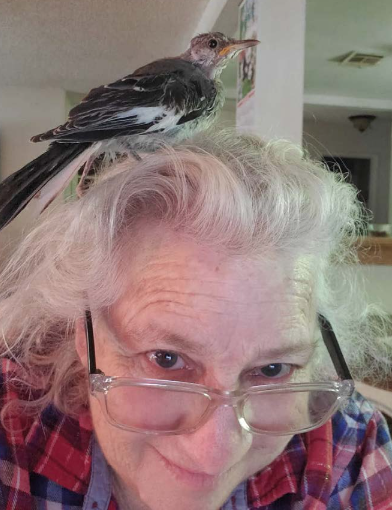 Interesting to note, it was Ringo’s cultivars that would become Charlotte’s Web of Denver, Colorado. The relationship to Ringo could not be stated, as it’s against Federal law in the U.S. to transport plants or material across state lines.Her topical salve, she said, has treated numerous animals and dogs both by topical use and ingesting – both in mild and severe cases. 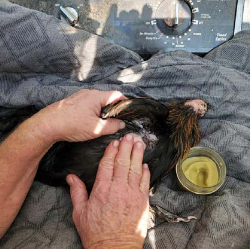 Place all ingredients (except Beeswax) in a Crockpot, filling 3/4 full.

Cover with Coconut oil. Cook on high for 2 hours, then switch to low for five hours or more.

Strain while hot so liquid filters easily through five coffee filters (or fine mesh, or nut bag) If it cools, it thickens. Pour back into the clean crockpot, now that it’s filtered and reheat on low. Melt a very small amount of beeswax in a small pan on the stove to blend. Pour beeswax into coconut oil mixture, put into containers, label and enjoy.

Like many recipes in previous issues, this recipe is organically made and intuitively measured. Marelyn Shapiro please requests, if you make this salve that you kindly label it accordingly, give her credit and make a donation to the farm, if you are able.Follow Marelyn Shapiro on Facebook.For more information about Granny Buds Farm or to make a donation, visit, grannybsfarmandchickenrescue.weebly.com

Author’s  note:  Cannabis  oil  has  been  shown  to  replace  antibiotics.  Using  cannabis  ingested  in  conjunction  with  the   pharmaceutical   keeps   the   immune   system   healthy,   counteracting the negative effects, as antibiotics kill good cells along with the bad, or infected cells.