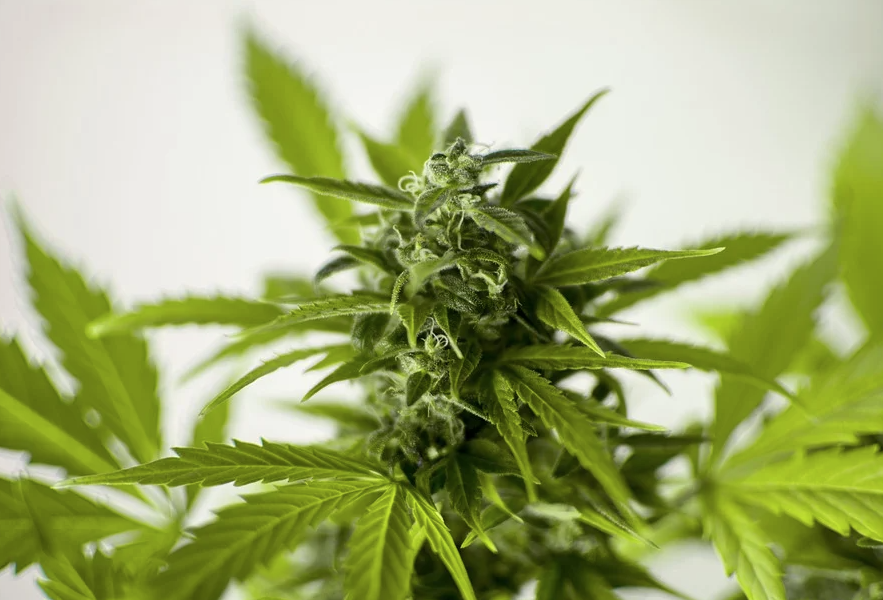 You know you want Solventless…but you didn’t know there were going to be so many options. Even when it comes to our favorite traditional “Hash”, “Ice Water Hash” or “Bubble Hash”, you find there is a huge variety of options, vast and far between, in price and overall physical appearance.

Though gorgeous, this is not the most efficient way to smoke Hash.

Since this is the premier manner that I have seen hash sold in around California, I assume it is similar in many of the marketplaces across the United States.  I have Frenchy quoted as saying: “It’s all new for you.  You don’t have the culture.  There is not one producing country in the world, there is not one dude in any of those producing countries, for all the millions of years they have been smoking hash, who would smoke resin unpressed, if you ask them why it is because “it would make good hashish”.

If you look at the science, it creates 50+ compounds that do not exist in the plant and are super rare. It’s nice to try to reinvent the game, but if you don’t know the game from the beginning and If you don’t give respect to millions of years of tradition you won’t go that far.  Here, because you do not have that tradition, its super difficult to now reinvent the game.”

To quote Brett Byrd of Byrd Rosin Co. who won first place at Emerald Cup in 2019 with a Full Spectrum Hash Rosin: “One of my biggest issues other than how Frenchy says, “you are so close to getting those rare compounds, which is what the farmer grew the plant for”…

Is that it NEEDS to be processed immediately into something. The Trichone has too much surface area exposed and this means inevitable degradation of the quality of the product because of losing Terps.

Turning it into rosin or Temple Ball ELIMINATES this threat.

All operations need to be performed in a cold room otherwise the product needs to be processed immediately into something shelf stable. Degradation is not as rapid in the cold room.  There is no way to get the product to your customer without leaving the cold room.  Therefore, the only way to maintain your initial integrity is to make sure your product is in a Shelf Stable form before getting it to market.

The company I work for, Hella Dank, chose when we created our product line that we would not be releasing an unpressed hash, solely on the rarity at the time of the legendary Hand Pressed Hashish Temple Ball.  We knew that we all preferred the pressed hash as it is more potent, we did not know the ideology and science behind the press before we had our hands on some of our own first farm samples to have our way with.  Though two different strains of hash may appear equally as clean and light colored in Sandform, as soon as you hand-press the mass of sand-like trichome heads with some heat, you can see they are anything but similar in color (see picture 7).This Ever-so-minor technique of manufacturing has all-the-more metaphysical effects on the hash and the mind of the consumer.

To dive a little deeper into what Frenchy was talking about when he said the “S” word (Science, I mean), heres a quote from a 2014 study called  “Multidimensional analysis of cannabis volatile constituents: identification of 5,5-dimethyl-1-vinylbicyclo[2.1.1]hexane as a volatile marker of hashish, the resin of Cannabis sativa L.”

“Samples of cannabis herb and hashish showed clear differences in their volatile chemical profiles, mostly resulting from photo-oxidation processes occurring during the transformation of fresh cannabis herb into hashish. Most unexpectedly, we could demonstrate hashish samples as containing remarkable amounts of a rare and unusual monoterpene – 5,5-dimethyl-1-vinylbicyclo[2.1.1]hexane – among the volatile compounds detected in their headspaces. We gave evidence for the formation of this compound from the light induced rearrangement of β-myrcene during the manufacture of hashish. In view of its high abundance among volatile constituents of cannabis resin and its scarce occurrence in other natural volatile extracts, we propose to rename this specific monoterpene hashishene.  We demonstrated hashishene as being formed during the manufacture of hashish upon photolytic rearrangement of -myrcene, a monoterpene that is particularly abundant in fresh cannabis herb. Owing to its rare natural occurrence in other essential oils and to its high abundance in hashish, this compound might thus prove useful as a hashish marker for remote-sensing applications”

So, something truly magical happens in the process of pressing the hash into hashish.  In person I asked Frenchy about it and he went into detail describing some sort of Alchemy where the oils inside of the trichome head actually break down the skin when they are mashed together into the paste like the freshly pressed goo us hashmakers are all too familiar with.  Something about the process of the oils breaking down all of the components of the trichome together and it forming a whole new consistency has actual effect on the bioavailability of the medicinal aspects of the plant.  Another serious win for the purveyors of the ancient wisdom.

It seems like, in an attempt to thwart intercontinental traffic of Cannabis, the powers that should not be, combined with academia, produced a test that resulted in proving the ancient civilizations are worth more than their weight in scientific intrigues.  This test in 2014 was taken to attempt to identify any kinds of scent that could be isolated and tracked by machine instead of dog, but ended up finding the legit science behind pressing hash!

One thing that is unaccounted for in all of this is the modern additions to hashmaking, and this will conclude the first and largest option in our Consistency Handbook.  There are only two avenues to go, similar to the two expressions of unpressed hash that we see in the market today.  There is either product that is made with material that is cured going in, or material that has been fresh frozen.  Material being cured means it is likely that the buds were dried and trimmed before being made into hash.  The Fresh Frozen option means that the buds were frozen immediately upon harvest and likely made from whole plant.  The market in the United States has basically switched over to entirely Whole Plant Fresh Frozen.  As far as unpressed hash goes on the market there is a great divide, as I mentioned previously.  It is likely you will find, in most dispensaries, cheap $17-30 per gram for low quality unpressed hash.  This is the favored variety when I speak to dispensary folk and laymen alike.  It is easy to put this form of hash into a joint to make your joint that much better.

On the other side of the spectrum there is extremely high quality unpressed hash, usually 6 star which is very expensive as well (65-110 per gram).  This is the only time that the shelf stability really becomes apparent for the average user.  Buying a gram and not pressing it yourself, means you must keep it in the fridge if you desire to maintain its initial dankness.  Even a short period of time in room temperature or higher and the hash, if it is high quality, will melt on its own.  (see pictures 2&3)

The Temple Ball, or the Kilo Slab

To discuss pressed hashish any further than we did in the “Unpressed Hash” part of this article I must be certain that you are envisioning the same trichome that I am.  This is just a ball made of oils, Cannabinoids and terpenes, waiting to burst through a skin-like cell wall of plant cellulose.  If the hash is high quality then you will have pieces that begin to melt together just from being manhandled or being on the part of the jar that your hand is on.  In picture 4 you can see many small pieces of hashish stuck together that didn’t even see the light of day before pressing upon itself and not fitting through the sieve like the rest of the batch.   In picture 5 you can see the bags that almost fully melted, in the top left corner you can see the gleaming shine of the oils which made a solid block out of one side of the meteor.

Hash that is pressed, and hand rolled into Temple Balls are particularly enticing.  The warmth of the hands during the rolling process actually creates a skin-like layer which acts as a thick outer shell.  This allows the hashish to age and ripen into indescribable flavor levels unachievable elsewhere.  I have Temple Balls of Frenchy’s that are the exact same quality as the day I bought them, almost a year ago.

After the Hand Pressing Process, sometimes a third change occurs.  The hash nucleates or budders and can be broken back down into powder with the fingertips.  When hit with a flame this will still fully melt into liquid if the hashish is high quality.  This consistency certainly is a marker for quality.  Better hashish will budder faster without a drastic temperature change.

Coming up next is a comprehensive how-to with many ways to smoke hashish, as well as an article on the many consistencies of HashRosin !

Any questions or topics related to hash that you would like to see covered feel free to contact me at [email protected] or by Instagram @Frank_at_Dank I would be honored to directly address your questions or concerns around all things hashish.

First picture in the process of pressing 1 kilo of cherry pie x thin mint cookies. Hash grown in mendocino By round vally. 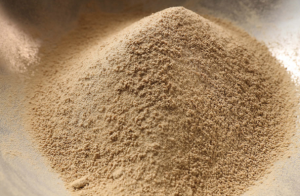 Process of pressing 1 kilo of cherry pie x thin mint cookies – These chunks will not go through the sieve! press them! 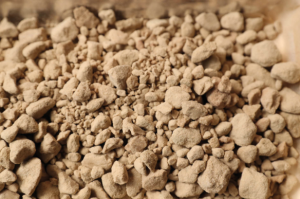 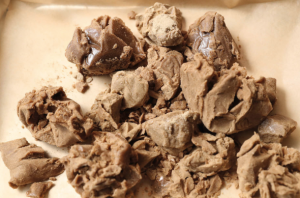 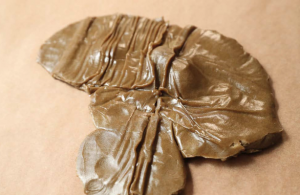 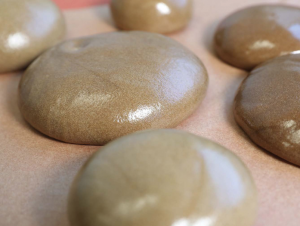 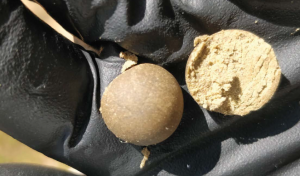 moments after purcahsing this gram, back out on the streets of San fransicio CA 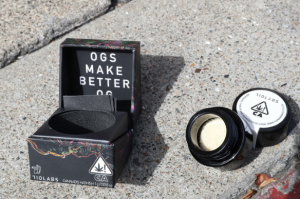