The Cannabis Conjuror, It’s Okay To Break The Rules, By JB Haze 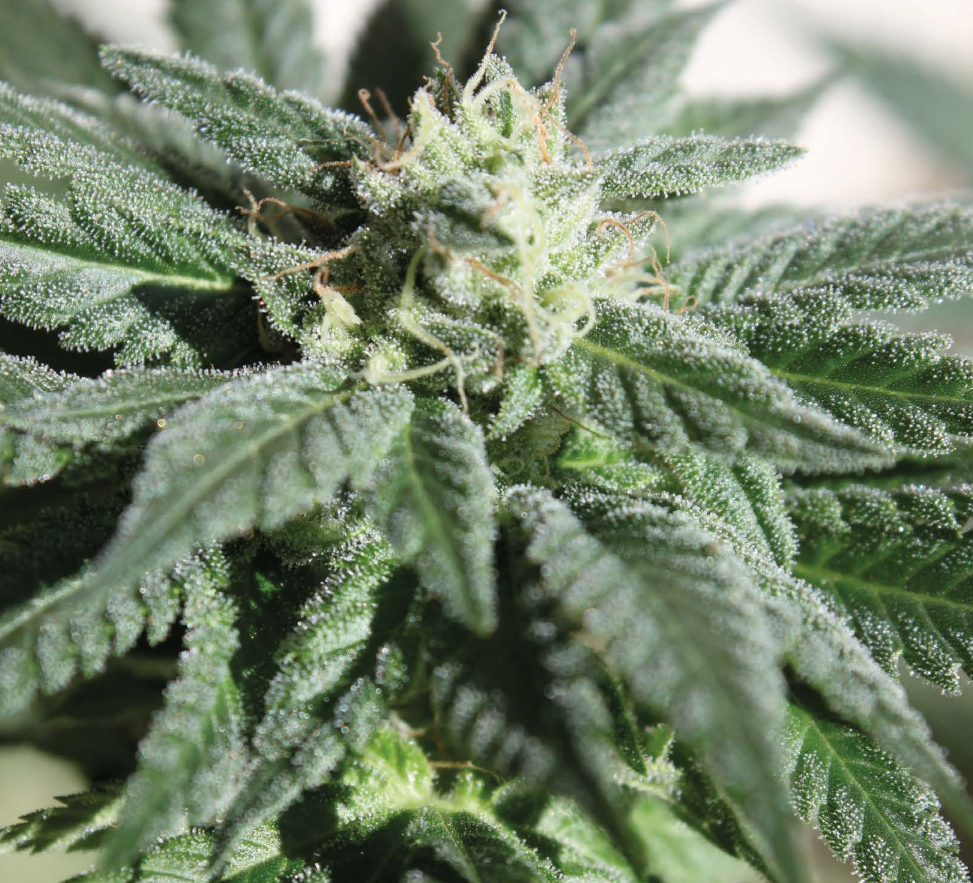 The early decades of the twenty-first century have witnessed much change in the way cannabis is grown, consumed, and perceived by the general populace.

From the point of growing, we currently have a greater choice of seeds than ever before: regular, feminized, automatic, semi-automatic. Seeds are more easily acquired (and from more reliable sources) than in the past.

The variety (and complexity) of lights, fertilisers, and support equipment is broader than at any other time in history. There have never been so many ways to grow, and so many devices, gadgets, and formulations to help us along the way. Hydroponic SuperStores have even appeared, making a one-stop shopping experience possible. Grow tents, lights, pots and fertilisers. Grab ’em all, under the one roof. 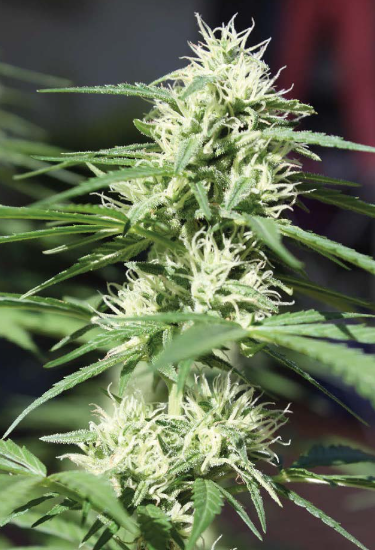 The means of consumption have changed radically too. Just a couple of decades ago, maybe less, the term dab was meaningless. A bong was a bong, and something more exotic was a bucket-bong. We didn’t enjoy all of today’s fancy and creative glass. We didn’t have the fancy stainless tools, let alone vaporisers that would easily fit in a pocket, passing casually as innocent USB drives.
Edible, back then, pretty much meant ‘Brownie.’ Today we have, among other delicacies: sodas, beers, candies, posh dinner-mints, crisps, ice-cream, and wines—all infused with a variety of cannabis blends. Some are THC dominant, some CBD.

Most are a happy blend. All have specific and carefully crafted recipes to ensure consistency. The industry has become super-serious as it grapples with varying (county-by-country and state-by-state) compliancy legislations regarding both the medicinal and recreation use of cannabis. 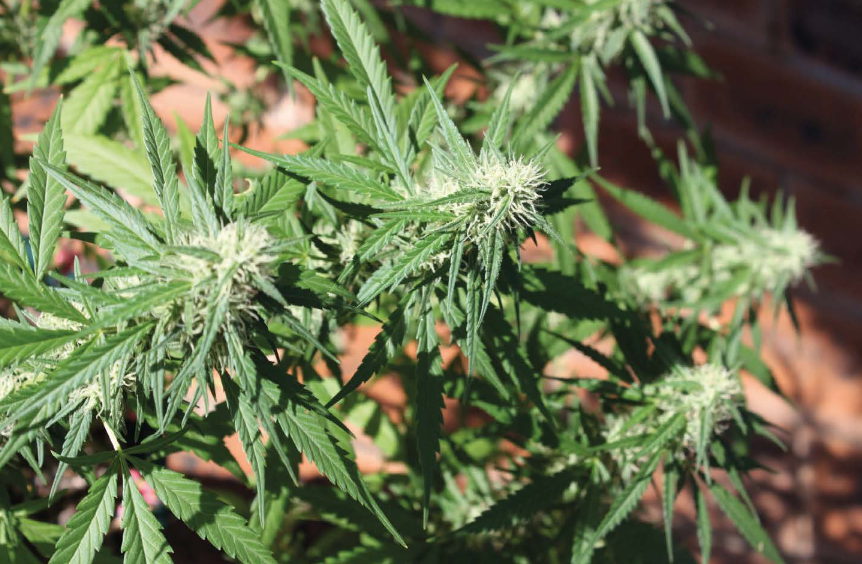 We’ve come a long way from throwing half an ounce of spare weed into a brownie-mix and crossing our fingers. You can see this whole new level of professionalism (and attention to detail) right across the industry. From beautifully conceived retail dispensaries offering customers a comfortable, professional and informative environment—through to the high-end (Food & Safety compliant) packaging and labelling of cannabis products.

The plants, themselves? They look better than ever too. Browse a current issue of any cannabis magazine and you’ll more beautiful buds than ever. Jeez, the colours and bulk are amazing. Buds look amazing now-a-days. They need too; competition demands a fine-looking product. Why? Great-looking bud inspires confidence. It implies the grower has grown and prepared his medicine with care and attention to detail. Medicinally, this is very important.

All of the changes, the evolution, has led to a loosening of many of the old-wive’s tales and ‘strict rules’ that have made experimentation almost unthinkable. Used to be that if you cut your indica plant before she had reached her strict eight-week flowering period, or a sativa before twelve-weeks, you’d be accused of stuffing the harvest—cutting too soon. Thus, you wouldn’t even consider such a thing. It was writ in stone: the plant is not ready until it is fully matured! They were the rules.

It’s now okay to break these rules. Permission has been granted—the shackles of conformity have fallen as the industry (both commercial and recreational) explores the cannabis plant—and it’s miraculous virtues—with unparalleled vigour.

As we have discussed in previous columns, an indica plant tends to create a ‘stone,’ while a sativa plant, on the other hand, tends to impart a ‘high.’ The clever grower, by watching his trichomes, can control the results offered by the plant. By harvesting early, when the trichomes have just turned cloudy (or are about to turn cloudy) the resulting crop will be far less ‘stoney’ and much more ‘active’ than the typical indica. At the opposite end of the scale—allowing the trichomes to turn fully golden—the narcotic tendencies of the plant will be fully realised. It’s the other way around for a sativa strain. Either way, we can tailor the end result to our specific needs.

Good news—today, with the medio-centric focus on cannabis—it has become acceptable to harvest when you want, to achieve the medicinal results that you want. This freedom has allowed the benefits ‘early harvest’ to be explored without the fear of ridicule, or the angst of wasting bud—early harvests being typically smaller in quantity, but higher in desired attributes, than a harvest taken at full maturity.

By taking sample buds (from the plant’s mid-point, don’t screw with the lovely top colas) during the early weeks of flowering (typically, for an indica, that’s weeks five, six, and seven, prior to harvest at week eight. For a sativa: weeks nine, ten, and eleven, prior to harvest at week twelve), you will be in a position to judge the plant’s potential across her entire, multi-week, window of harvest.

Slow dry these buds, don’t be tempted to flash dry or quicken the process—you do not want to lose precious terpenes, you do not want to lock in the nasty taste of chlorophyl. As you proceed from week to week, label the buds so you know which is which. Store them in paper envelopes. You want to sample all the weekly buds after they are properly dried.

Spend a week doing this after you have finally harvested the plant. Allow one evening with each bud, and take notes. You’ll know when the magic hits, it will jump right out at you. The process will provide all the information (the early buds—each separated by a week of maturation—and the regular harvest to compare it with) needed to specify the best time to harvest any future clones or regenerations of the same plant.

The above procedure is how I discovered my (current) favourite plant. She’s known—in my mind—as Early Mullumberry. A cross between Mullumbimby Madness and Stawberry Cough, she’s almost all sativa, consisting mostly of long-inbred Thai and Columbian genetics that have—since the 1970s—formed the basis of the Mullumbimbi and Nimbin grow-scenes in northern New South Wales, Australia. These are hefty genetics with solid landrace roots, and all the way from Australia, to boot! 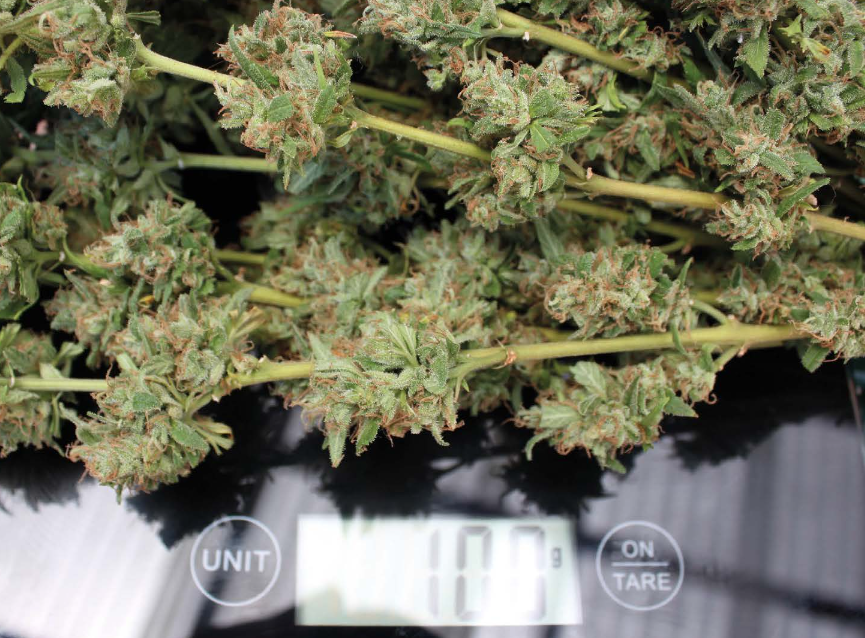 At twelve weeks (eighty-four days of flower/budding, this plant is sensational. Just as she should be, just as we have become accustomed to. But, at just fifty-four days, she’s transcendental—the closest I’ve been able to get to the beloved Thai sticks of yesteryear—the scent, flavour, and that sweet euphoric high.

By harvesting part of the way through the cycle I’m losing at least forty-percent of the yield (by weight), but it’s well worth it. Pure magic. My favourite smoke in years! When you are growing for yourself, you can break the long-held rules any way you want. Experiment in order to find the flowering period that encapsulates your favoured experience. Finding this ‘sweet-spot’ is quite easy, only requiring a willingness to experiment, a systematic approach, and a little discipline.

J.B. Haze is an innovative grower favouring “the dazzling magic of regeneration” over the more traditional methods of cultivation. A true hippy at heart — well traveled, well-toked, and insanely curious — J.B. Haze brings an educational, friendly, and humorous style of writing to the cannabis genre. He lives in a fine state of mind with his cat and his guitars.

Cannabis Regeneration: A Multiple Harvest Method For Greater Yields, by J.B. Haze is available from all good bookstores, online from amazon.com or with FREE airmail delivery from jbhaze.com.