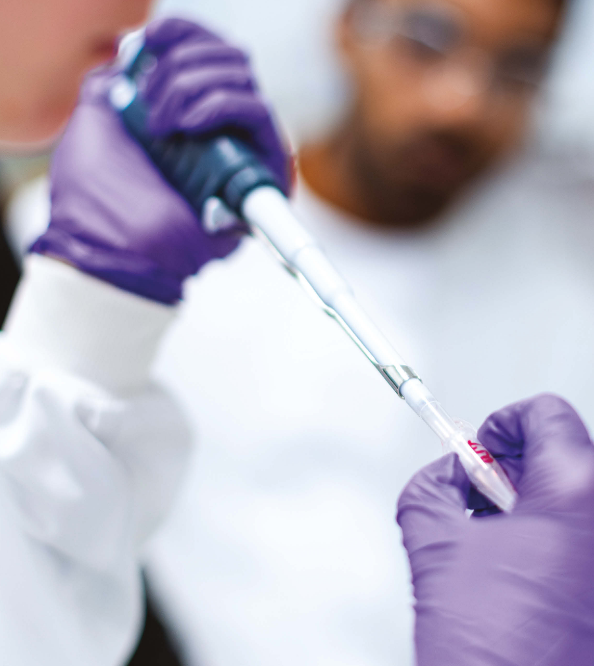 What does MediPharm Labs’ agreement mean for the European cannabis supply chain?

On May 15, 2020, a Globe Newswire report revealed that MediPharm Labs Corporation’s subsidiary, MediPharm Labs Australia Pty. Ltd., had landed its first ever white-label cannabis supply agreement with a European company. The chosen supplier is the subsidiary of Cannaray Limited — Therismos Limited.All of MediPharm’s products will be produced in accordance with the standards laid forth by the German Institute for Drugs and Medical Devices.

Stretching over three years, the agreement will enable MediPharm Labs Australia to serve Europe’s ever-expanding market, where, last year, data firm New Frontier Data estimated that there could be as many as 500 million people using CBD (cannabidiol), let alone other types of cannabis.“We are pleased to be working with a supply partner that can meet our strict requirements for laboratory controls, quality, reliability, traceability and scale.

MediPharm Labs mirrors the qualities we seek in a medical supply partner,” said Scott Maguire, who assumes the role of Chief Executive Officer of Cannaray — a pioneering British company specializing in medical cannabis and CBD lifestyle products. The company was recently purchased by U.K.-based pharmaceutical giant Therismos, which boasts licenses to distribute, handle and import controlled substances across much of Europe.

“We note in particular that both of MediPharm Labs’ production facilities have achieved GMP certification, thus guaranteeing high-quality pharmaceutical products. Cannaray’s goal is to provide patients with high-quality, naturally derived medical products and become a European leading importer and distributor of such products.

The MediPharm Labs relationship is one significant step forward in achieving this goal,” continued Maguire.As a company that is acknowledged and licensed by the Australian Therapeutic Goods Administration (the “TGA”) for meeting internationally-recognized GMP requirements, MediPharm can lay the foundation for Cannaray to

broaden exposure across the metamorphosing European consumer demographic. Consequently, this is sure to bulk up Europe’s supply chain of medical cannabis.

GMP Certification is a necessity in today’s evolving European cannabis market. Brewing demand for CBD products comes with a growing need for safe, tested and regulated products. Since MediPharm Labs Australia is GMP-certified, the producer’s medicinal cannabis products will be deemed satisfactory as per the rules and regulations required by the German Institute for Drugs and Medical Devices.

Since its inception in 2015, MediPharm Labs has focused on adhering to GMP practices inside its certified facilott, which features ISO standard-built clean rooms, supercritical CO2 extraction and five primary extraction lines. With the company’s experience in producing purified, pharmaceutical cannabis and concentrated products, MediPharm is well-equipped to serve Europe’s swelling market.In addition to the supply agreement with MediPharms, Therismos will also acquire specific cannabinoid formulations and dosage forms within the borders of the U.K. and Ireland. These products will be sold and branded under the “Therismos” name. However, it should be noted that the deal is contingent on confirmation from the German Institute for Drugs and Medical Devices.

Cannaray Wants to Create a Global Health Impact with CBD

Recognized as one of Europe’s leading medical cannabis companies and CBD lifestyle brands, Cannaray strives to create a positive influence on global health through the development and production of products that have received full support from scientists, researchers and state-of-the art technological testing.

The company has a number of achievements under its belt, including licenses for medical cannabis import and distribution, and an affiliation with the U.K.’s largest potted plant cultivator Newey Limited. Also included in Cannaray’s assets is a Scientific Advisory Board that constitutes numerous experts in the fields of pain, palliative care, haematology and neurology. “Cannaray is the gold standard in its growing part of the European market and to be chosen as their white-label partner is a coup for MediPharm Labs Australia,” gushed the CEO of MediPharm Labs, Pat McCutcheon. “With the growing recognition of CBD’s therapeutic benefits, Cannaray is in the right place at the right time with an outstanding product portfolio and a highly engaged team of professionals. We look forward to participating in their growth.”

Australia is Becoming an Appealing Choice for European Cannabis Imports

Canada and the United States are the two primary exporters of cannabis for Europe’s market. In addition to being the main sources of imports, these countries also boast some of the most well-established cannabis markets in the U.S. Another country that is starting to supply Europe’s cannabis suppliers – and consumers – with their bud is Australia, where the Office of Drug Control (ODC) permits exports when medicinal cannabis products comply with the Narcotic Drugs Act 1967 and the Therapeutic Goods Act 1989.

The white-label cannabis supply agreement between MediPharm and Therismo, combined with the recent decision to reclassify CBD in Germany by the European Industrial Hemp Association, has given the continent’s cannabis market an almighty boost. Let’s not forget about the fact that Little Green Pharma in Western Australia recently snapped up an export deal with subsidiary of the LYPHE Astral Health, too.

The European Cannabis Market is Limited, Albeit Promising

Members of the public in Europe are gradually beginning to accept the prospect of a fully regulated legal cannabis market, what with medical cannabis legalization already getting into full swing. Analysts from Prohibitionist Partners have reflected on industry developments and insights in their most recent European Cannabis Report.

According to the team who analyse industry trends at this data firm, Europe is on-track to become the most lucrative cannabis market on the planet. Considering the sheer value of North America’s cannabis market – worth USD$12.9 billion in 2019 (EU€1.7bn) – this is an exciting prediction. “According to our findings, Europe’s cannabis market is estimated to be worth up to €123 billion by 2028 and will likely become the world’s largest legal market over the next five years,” reads an excerpt from the report, which spotlighted a significant streak of potential in the legal market. With everything in mind, it’s clear that the European cannabis market is destined for great things.

Conversely, the market’s complicated and strict regulatory framework means that entering the supply chain can be a tricky task. This doesn’t distract from the profit potential of the market at large, however. With $13.8 billion (€12.2 billion) being funneled into European cannabis investments in 2018, this continent’s blossoming industry is certainly an area to watch.