The Ultimate Guide to the Top 9 Uses of Medical Marijuana 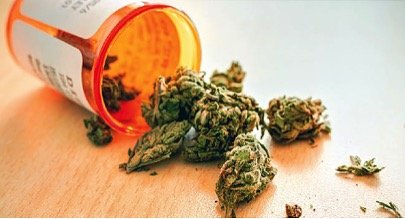 Among one hundred chemicals in marijuana, the two primary compounds that are responsible for treating illnesses

Medical marijuana has been gaining popularity since the last few years. As more studies are being conducted on its properties and benefits, patients are reporting positive results after using it.

What Is Medical Marijuana?

Among one hundred chemicals in marijuana, the two primary compounds that are responsible for treating illnesses are THC and cannabidiol. Because of its many advantages, people have argued that medical marijuana should be made legal in all U.S states for medical purposes. In Canada, medical marijuana was legalized in 2018.

There are several dispensaries, such as Lotus Land Cannabis Club, that provide products related to medical marijuana.

What Is It Used For?

Patients use cannabis for different purposes. Below are nine uses for which you can use medical marijuana.

Studies show that cannabidiol, which is one of the two main chemicals in marijuana, is mainly responsible for treating a number of mental health issues. Medical marijuana was found effective in treating Post-traumatic stress disorder, Panic attacks, Obsessive-compulsive disorder, Moderate depression and General anxiety.

Studies done on CBD found that it stimulates the serotonin receptors in the brain, something that many other anti-anxiety medications like Zoloft also do. Experts have said that medical marijuana is far less addictive and can counteract a patient’s addictions to other prescribed drugs.

Other statistics have linked the presence of legal marijuana laws with fewer deaths that are caused by prescription drugs and a reduced number of people misusing opioid.

Alzheimer’s is a disease that can be painful for the family of the patient too. Some patients, who have Alzheimer’s disease, have turned to medical marijuana as it can assist with their symptoms of depression and loss of appetite. Alzheimer’s affects around four million Americans’ memory every year and citizens have the disease.

The Journal of Alzheimer’s Disease published a study to analyze marijuana’s therapeutic effects of THC. In the study, researchers introduced THC to beta-amyloid. Beta-amyloids are proteins that build upon the brain and are responsible for the presence of Alzheimer’s. It was found that THC can help slow down the advancement of beta-amyloid. These results strongly suggested that doctors could consider THC as a potential therapeutic treatment option for patients with Alzheimer’s.

Cancer patients also suffer from depression and anxiety. We know that people with anxiety have been using medical marijuana for ages. It means that cancer patients also have a chance of battling their stress disorders with cannabis.

Insomnia is another widespread condition that can be helped by taking cannabis. There is evidence from a number of studies that the herb can help consumers fall asleep quickly. It is also a better alternative for prescription sleeping pills. These pills sometimes don’t work and instead cause the user to become dependent on them.

Inflammatory pain is one of the most common reasons why patients seek medical cannabis. Pains resulting from spinal cord injury, or any other reason, can be relieved with medical marijuana. A clinical trial was conducted in 2014 in which patients with spinal cord disease took vaporized cannabis. The overall results were positive, as researchers found that cannabis was linked with a significant reduction in pain.

Whether you use medical marijuana by smoking it, consuming it, or applying its tincture on the affected area, it will relieve any acute and chronic pain. The cannabis attacks the cannabinoid receptors in your body and relieves pain from arthritis or nerve damage.

Multiple sclerosis is a rare disabling disease of the central nervous system. There hasn’t been much research done on this disease, but what had been done suggests that cannabis is beneficial for people with multiple sclerosis. In many countries, there are prescription drugs made with isolated cannabis compounds that are solely available to patients that suffer from this condition.

Arthritis is the inflammation of joints, and it can be extremely painful. As we mentioned earlier, medical marijuana is useful in reducing inflammation and pain. Research suggests that cannabis is a powerful anti-inflammatory medication. THC, the primary psychoactive found in marijuana, is seven times stronger than aspirin.

Just like any other drug, cannabis has psychoactive side effects, but they are far lesser when we compare them to pharmaceutical medicines. Aspirin and other anti-inflammatory drugs are associated with side effects such as an ulcer.

In 1970s, many doctors put forth the idea of using medical marijuana for glaucoma. In glaucoma, the buildup of fluid damages the nerves and the patient has to relieve the pressure in the eye regularly. Researchers discovered that smoking the herb reduced intraocular pressure successfully. Since the 70s, several studies have shown that cannabis compounds are neuroprotective for the optic nerve.

People who suffer from headaches know how painful it can get. Sometimes the pain becomes unbearable to the point that the patient starts vomiting. Painkillers sometimes help with cluster headaches, and sometimes they don’t. Several studies have suggested that synthetic cannabis drugs can reduce the pain from cluster headaches as soon as they are taken.

While more research is needed to find out when cannabis works for headaches, and when it doesn’t, we cannot rule out marijuana as a potential treatment for cluster headaches.

While medical marijuana has numerous uses, it advised that patients consult their doctor first before starting any new treatment. Stay safe!

About the Author:
This article was written by Julie, who regularly shares advice on physical health. A young therapist by trade still practicing her craft, psychoanalyzing people, discussing everyday life induced stress and why marijuana should be legal. You can find more about her at https://lotuslandclub.com