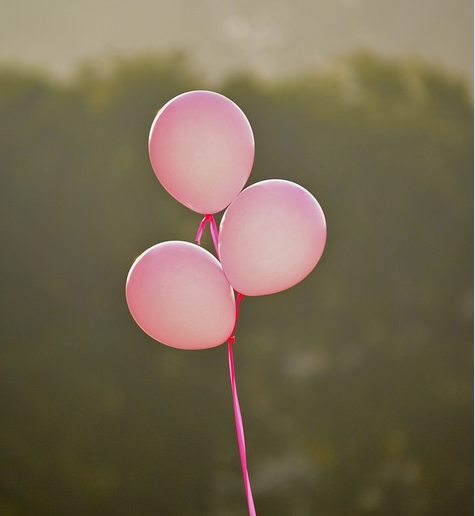 Possible importance of Cannabis sativa L. in regulation of insulin and IL-6R/MAO-A in cancer cell progression and migration of breast cancer patients with diabetes

According to the World Health Organization report1, breast cancer is the most prevalent cancer in women worldwide and its incidence is significantly increasing, particularly in developing countries where the majority of cases are diagnosed in the later stages of cancer. Survivors of breast cancer have a higher chance of developing both type 1 and type 2 diabetes, specifically in the post-menopausal stage of life.2 Conversely, female individuals with diabetes have a 20% greater chance of developing post-menopausal breast cancer than those without.2,3 The breast cancer incidence is rising in South Africa, where some women are diagnosed late and, as a result, have poor outcomes.3 The association of type 2 diabetes mellitus and breast cancer among African women has already been established.4 Therefore, the relationship between insulin and breast cancer cell progression and migration should be further explored.

The South African government has yet to legalize medical cannabis; however, much debate on the subject has taken place in the last few years. The requirement for adequate research on Cannabis sativa L. – the variety of cannabis or marijuana found in South Africa – is periodically mentioned in local scientific publications such as the South African Medical Journal.5-7 Interestingly, C. sativa has been found to be equally effective in inhibiting breast cancer cell proliferation and regulating insulin levels in patients with diabetes.8,9

The current global market for cannabis products is USD3 billion; this figure is expected to rise to USD56 billion within 10 years, as more countries and US states join the legalization trend.10 South Africa is one of the world’s largest producers and exporters of quality cannabis, and is the main regional hub for cannabis cultivation and trading. All African nations are capable of cultivating medicinal marijuana – of the ‘hemp’ and ‘dagga’ variety – to exploit the growing international acceptance of cannabis-based medicines.11 However, there is an apparent misidentification and confusion regarding the quality of ‘hemp’ and ‘dagga’, as C. sativa is known in southern Africa.

Here we summarize the regulatory role of insulin in MAO-A and IL-6/IL-6R-regulated metastasis and angiogenesis in breast cancer in patients with diabetes and the possible importance of the South African variety of C. sativa is outlined as a possible beneficial research option in this context. The pharmacological efficiencies of C. sativa in inhibiting breast cancer cell progression and migration will support the medicinal application and will act as an initial step towards its industrialization, thereby contributing to the South African bio-economy through its R&D.

Targeting the tumor vasculature, rather than directly targeting tumor cells, has been the more recent approach to inhibiting tumor growth in all invasive and metastatic cancers, including breast cancer.12 The growth of breast cancer cells is under the direct regulation of hormones, growth factors, chemokines and their receptors.13 Both hyperinsulinemia and cancer are extremely prevalent pathophysiological conditions associated with major morbidity and mortality worldwide. The implication of insulin in the pathogenesis of cancer has been in English medical literature since the early 1970s14; however, the possible molecular mechanisms of insulin’s effect on cancer development and/or progression remain enigmatic.

Insulin acts as a major mitogen in normal mammary gland tissue as well as in breast cancer cells.15 Many human breast cancers overexpress the insulin receptor, and overexpression of these receptors can result in a transformed phenotype in human mammary epithelial cells.14 A recent study has demonstrated that women with insulin- receptor-positive breast cancer have worse prognoses in term of tumor progression than women with insulin- receptor-negative tumors. Recent findings indicate that fasting insulin levels predict disease-free survival and overall survival of women with breast cancer who are receiving adjuvant therapy.14,15 In most human estrogen- receptor- and progesterone-receptor-positive breast cancer cell lines, like MCF-7, insulin stimulates cell growth via its own receptor; however, insulin, at concentrations as high as 100 nM, has no effect on cell growth in triple negative breast cancer cells line like MDA-MB231, meriting further studies in this context.16

Monoamine oxidase (MAO) has two isoforms: MAO-A and MAO-B, which are generally present in the outer mitochondrial membrane. MAO-A levels are significantly lower in multiple invasive and metastatic cancer types including breast cancer. A recent study highlighted the differential expression of IL-6/IL-6R and MAO-A in the regulation of invasion/angiogenesis in breast cancer.19,20 In addition, this IL-6R regulation of MAO-A occurs through cellular MAP kinase and Akt pathways.20

Other findings demonstrate that regulation of monoamine levels by MAO activity in β cells is pivotal for physiological insulin in type 2 diabetes.21 In contrast, MAO inhibitors are capable of both potentiating and inhibiting insulin release

in vitro, depending on their concentrations. It is further concluded that the stimulation of glucose-mediated insulin secretion may be related to the MAO inhibitory effects of the drugs.21 MAO inhibition has also been reported in a patient with type 1 diabetes and depression.22 Reduced MAO activity in blood from insulin-dependent subjects with diabetes increased the possibility of tumor cell progression and invasion in breast cancer. Although hypoxia is a common clinical condition in the tumor environment in which it promotes cell invasion, metastasis and angiogenesis, it inhibits insulin-signaling pathways.21,23 Therefore, the regulatory role of insulin in breast cancer cell progression in persons with and those without diabetes needs to be delineated; development of the possible therapy outlined here will provide new insight into the immunotherapy of breast cancer.

Medical cannabis is a drug that comes from two species of cannabis,

Cannabinoids could be the first non-toxic agent to show promise in treating metastatic forms of breast cancer.26 CBD inhibits the survival of both estrogen-receptor-positive and estrogen-receptor-negative breast cancer cell lines and induces apoptosis in a concentration- dependent manner.26,27 Many cannabinoids mediate their effects by binding to endocannabinoid receptors like CB1, CB2 or the vanilloid receptor; however, it is indicated that the effect of CBDs is independent of these receptors.26 Therefore, scientists are always trying to identify the receptor(s) through which CBD mediates its anticancer effects. The recently established immune biological aspect of IL-6R-regulated and MAO-A-mediated breast cancer cell progression and migration will be the immediate future target of investigations into the effect of cannabis in this context.

For people with obesity and type 2 diabetes, endocannabinoid imba- lance is a key regulator.8 THCs are more agonistic than are CBDs to endocannabinoid receptors and can control blood insulin levels and energy homeostasis. Over-regulation of the endocannabinoid system leads to excessive visceral fat accumulation in the stomach and reduces adiponectin release from the tissues, thus leading to insulin insensitivity and increases in the risk of developing type 2 diabetes.27 Unlike THC, CBD can help to suppress appetite and help individuals to rebalance the endocannabinoid system by increasing fat breakdown, increasing mitochondrial activities and promoting metabolism, and decreasing fat storage, and is thus beneficial for diabetes management.8,28

Breast cancer cell progression and migration is directly influenced by insulin levels in patients with diabetes and IL-6/IL-6R mediates its regulatory role in MAO-A-controlled cell metastasis and angiogenesis. Importantly, the IKS Research Group of the Department of Pharmacology at the University of the Free State (Bloemfontein, South Africa) is presently working on this immunobiology and validating this dual role of cannabis in the South African context.

The CBD-enriched variety of C. sativa found in South Africa may offer new hope for the regulation of insulin action on MAO-A- and IL-6/IL6R- regulated metastasis and angiogenesis in breast cancer of patients with diabetes, as shown in Figure 1. The pharmacological efficiencies of C. sativa in inhibiting breast cancer cell progression and migration will further support its medicinal application and will lead to further industrialization, thereby contributing to the South African bio-economy in the future.