The Here Now, There + Then Café HOT-VW CC- Heads of the Valleys Wales CC 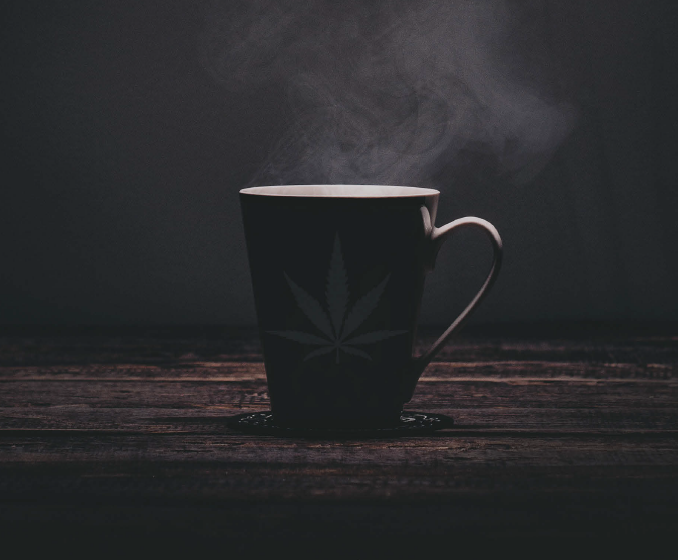 Whether it is Professor David Nutt or Transform, the experts need to be trusted to do their jobs

In modern discourse, the Public Sphere includes the Café lifestyle: just being sat around a kitchen table enjoying and savoring the ambience, the cool vibes, is something to relish, add to this a measure of marijuana and good music and it’s akin to paradise on your own terms- not Amsterdam, Spain, Jamaica or Canada. Fuck the system- it sucks! The SNAFU Principle looms large and proliferates in society it seems and we are powerless to abate it.

It may seem extreme and virtuous, but it certainly bodes well in my kitchen café: The Here Now, There + Then Café.

Its 25 years now since I was released from HMP Incarceration – 4 days short of a year, over 31 million seconds – gone! Cultivation of cannabis and some LSD were the cited reasons and a negative judge ruined my Christmas back in 1992 before sentencing me.

Thankfully, now in 2018 there are less arrests in the UK, less cautions and convictions for cannabis at least, it seems. But there are differences to all drug related incidents. It’s the aftershocks that do not bode well. Jail conjures up boredom; mental health issues; suicide for some; drug use and violent gangster type mentality. It creates an underclass. With little in the way of rehabilitation as drugs are still treated as a criminal issue, not a health one.

As the sunshine beams in through the window you can thank the day that there is cannabis in the world and for many millions it’s a godsend. But being busted is not. Having your door sledged in and your house raided is frightening, being arrested on the street – hassle to say the least. Intrusion into your lifestyle and affairs guaranteed and an Interview where it’s best to just say ‘know!’ Getting arrested is no joke and is a serious business, it’s best to make No Comment according to the Legal Defense & Monitoring Group (LDMG).

This brush with the Law is an unfortunate bi-product of the culture of cannabis. Being incarcerated is a real situation for many millions with the death penalty in some countries still enforced. Drug users should not be sent to prison though. It is disproportionate to the seriousness of the No Victim:No Crime ethic. Just one day of jail is too long.

Prisons need prisoners and they are building a large £250 million Category C Super prison with 2,106 capacity at HMP Berwyn in Wrexham – making it the largest in Europe- and what easy targets dope smokers are. There are many locked up for misdemeanors and the ‘three counts and you’re out’ type conviction make things even worse. But in a world of high-profile media stories that proliferate the tabloids, they never seem to print a fair assessment of a person save for some stereotypical statements. Even the Release Nice people Take Drugs was censored and banned from red London buses a few years ago now as well as their set of playing cards that included Boris Johnson and other unscrupulous politicians that have all indulged…one rule for some and one law for another!

According to the Washington Post (Sep 26, 2017), there were more people arrested in 2016 for pot than all crimes the FBI call violent – approximately one and a half million people. There was one marijuana possession arrest every minute adding up to over 5% of all arrests in the US. When, I ask, are they going to stop arresting cannabis users? It can’t go on any more, people are getting angry, so many people dying and in pain – there is more to cannabis than just CBD! No one wants to be ignored.

In the UK, according to www.Statista.com, the number of drug possessions offences have dropped year on year since their peak of 213,000 in 2008/9. This could now be due to cuts in public services. According to Gov.UK statistics, seizures of cannabis plants in 2016/17 was 8,783 with total cannabis being 99,779 (mainly for herbal cannabis), but there are no amounts in weight shown, just numbers made up by Police and Border forces. The info is very vague and the stats are out of date, but still this is shocking and uncalled for (except for the unscrupulous Black Market Cannabis Farms who we should be concerned about as Modern Day Slavery is just one of the issues!).

It costs up to £50,000 per year to keep a prisoner in the UK locked up with little in the way of rehabilitation and a blighted Curriculum Vitae to add insult to injury when applying for future employment upon release. Not to mention the prison/drug stigma! It can lead to a complex combination of circumstances, and people often end up homeless, like in my case for example.

The War on Drugs that Nixon started now costs the US over $50 billion annually, which is without what others spend like the EU. To quote Albert Einstein- Insanity: doing the same thing over and over again and expecting different results! Prohibition never worked the first time around – offering little for the consumer and lots to the Gangster fraternity.

So, lawyers and solicitors profit while society winces and the black market carries on. It’s all part of what Mr. Nice– Howard Marks – affectionately called Disorganised Crime! He should know, he spent a few years in an American Penitentiary in the late 1980’s for the cannabis cause!

One has to just laugh at the great Cosmic joke! However, it is no laughing matter. The War on Drugs has been an expensive failure.

#RelegalizeCannabis is the hashtag with Freedom to Farm-Freedom to Choose and Jack Herer’s book should be on every school syllabus in the UK, if not the World. There needs to be more of a Facebook call for a wind back of the clock to pre-drug Prohibition days and the 1961 UN Convention on Narcotics -not just to before the 1971 Misuse of Drugs Act. To solve a load of immoral and unjust anti-drug rhetoric! It’s all caused misery and blight on many families around the world in some form or other, much of which affects women and children.

We should roll back the years like in Jamaica and their Rastafari RootzFest and keep the Counter-Culture going. This is where the frontline cannabis user advocates put forward the serious perspectives. Compensation and reparations for the persons who have been incarcerated for consuming herb could be a reality with Human Rights violations finally revealed. Can’t they see we are trying to Heal the Nation!

Are Politicians deaf and blind to not want a change to the failing policies that can affect #AnyonesChild? No one wants to Talk to Frank as he don’t know Jack- Herer! Though the law makers certainly are vocal on keeping the failing status quo situation, which blatantly does not seem to work (with the wasted ever increasing expenditure on drug prevention not helping the individual user), Big Pharma and the Drinks Industry Lobbyists proliferating should remain a modern public concern.

The UK does not want to learn from tried and tested real alternatives to make a better society, it seems. It’s all fueled by Tabloids and intransigence, the media and Society who want to be Hedonistic! Cannabis should be treated as a separate issue!

Cannabis Social Clubs, Coffeeshops, Vapor Bars, kitchens and living rooms – all offer an amazing alternative which is a counter-culture experience made mainstream; it has all been sanitized by a weird media manipulation from Pulp Fiction to Narcos to the Vice Media Channel all offering a new perspective with Netflix and Amazon offering Cannabis cook shows to pass the time too.

So, what to trust except for personal experience? What you may have sensed and been through as you get older- life is interesting…but it tempers with time. Coffee-table books, music and good food and company offer time for contemplation, not conflict.

Certainly The Sun and The Mail offer a skewed viewpoint but the ’i’ offers a refreshing standpoint when it comes to the cannabis world, often on a daily basis. The newspaper gets better here in the UK – recently asking is it game over for the War on Drugs, as one mother’s love proved to be the final straw in the cannabis debate? With the Caldwell’s struggle for cannabis oil succeeding.

Apart from religious zealots and a few unjust moralizers, there has never been a better time to have a rethink when it comes to cannabis. There is a seismic shift in usage and the Police seem to not really have the resources to cope and have said they will tolerate the new Cannabis Social Clubs (CSC) and Collectives that offer a way to offer a safe environment for the canna-consumer and a break from the black market and crime.

So, when will the law makers capitulate? They could repeal the laws, now there is Medical Marijuana on offer, albeit tentatively; plus, many prominent people want to see an end to the War on Drugs. It is in the national interest and it is only fair to square the circle when it comes to the ills of society. When created by disproportionate laws and politicians who are voted in office by us and elected to do what is right for us, the people, not serve their own self-interest.

The National Organization for the Reform of Marijuana Laws (NORML), both in the USA and the UK offer practical and sensible ideas on cannabis change. The UK CSC is another NGO that offer guidance. Much to their credit the UK CAP (United Kingdom Cannabis Alliance Party) espouses support and realistic cannabis medical interaction and the law. Transform offer practical political guidance.

Whether it is Professor David Nutt or Transform, the experts need to be trusted to do their jobs without hindrance by politicians (who are not experts!) and then the cannabis fruits of a better society can be utilized for the good of all. It is not rocket science, just common sense, surely!?