Cannabis use in Switzerland cannot be ignored any longer 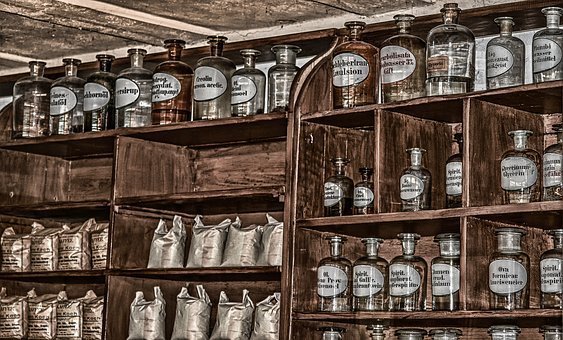 The President of the Pharmacy Association in Zurich, Valeria Dora, says that more and more people in Switzerland are consuming cannabis, and that selling it legally would provide users with safe products and combat criminals profiting on the black market.

The group has penned a position paper stating its desire to decriminalise marijuana for medical and recreational use.

Experts have praised the move, saying it is the right thing to do and that the necessary infrastructure and staff are already in place to support a fully legal industry.

Estimates suggest that state efforts to control cannabis use in Switzerland currently cost up to 1 billion Swiss francs (€883 million) annually.

Some 200,000 people in Switzerland regularly consume cannabis recreationally. Roughly 40% of Swiss men and around 33% of Swiss women have tried marijuana at least once in their lives.

Dora, who represents around 110 Zurich-based pharmacies, says the reality of cannabis use in Switzerland cannot be ignored any longer.

She has asked other pharmacists about marijuana and found that many are open to selling cannabis products.

Despite advocating the decriminalisation of cannabis, Dora says she is against the “unrestricted liberalisation” policy implemented in some US states.

She also believes the “coffee shop” approach employed in the Netherlands would not be ideal for Switzerland.

Instead, she suggests that pharmacies take over the sale of cannabis in a regulated market. She says training and further education are important and that steps should be taken to limit damage and protect potentially vulnerable people.

Dora advocates cannabis being classified as a medicinal product, and therefore active ingredients would have to be clearly indicated on the packaging.

“We must under no circumstances trivialise or propagate consumption,” she told NZZ.

The proposal suggests that people aged 18 and over who use cannabis should be provided with drugs of “pharmaceutical quality” so as to avoid harmful diluents and additions.

Users could be given advice in pharmacies on how best to “take” marijuana and a “cannabis helpline” could be set up.

Any potential users with “problematic consumption” patterns should be identified and contained by qualified staff.

Dora also suggests that efforts to prevent children in schools from consuming cannabis should be increased.

What do the experts say?

Former drug commissioner and current university lecturer, Michael Herzig, has backed the plans, saying that pharmacies are well suited to the controlled selling of cannabis.

Herzig says that pharmacies would be able to ensure the quality of products sold – something that the black market cannot – and stop the potentially “dangerous” commercialisation of the drug and avoid products like cannabis lollipops and gummy bears being sold or advertised.

He adds that, in addition to saving up to 1 billion Swiss francs a year regulating marijuana, a tax could be levied on the drug and that Swiss farmers could be brought on board as potential producers.

Pharma-Suisse, the national umbrella organisation for pharmacies in Switzerland, is less sure of the proposal.

It says that it is in favour of the controlled distribution of cannabis for medical purposes but is “not convinced” that public pharmacies are suitable locations for this.

Instead, it says that scientific pilot trials like those approved by the Swiss Federal Council in July 2018 would be preferable.