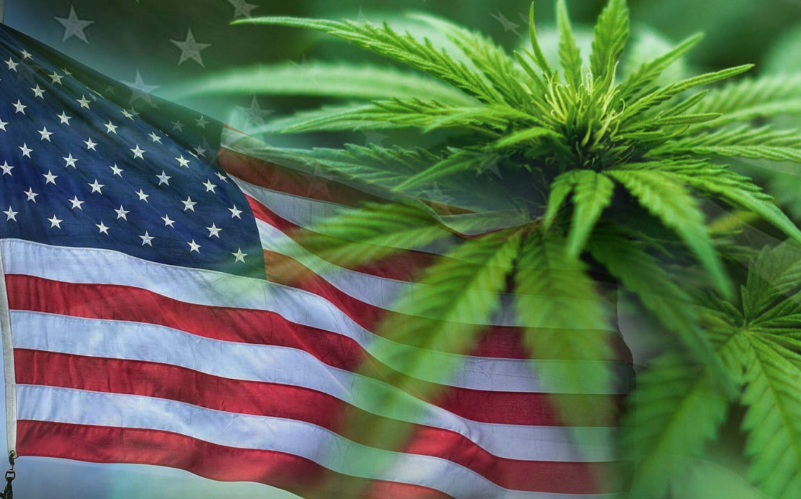 Since 1937, when the “Marihuana Tax Act” was enacted, cannabis has remained illegal on a federal level. After the counterculture of the 1960s, cannabis was brought into mainstream light again – though, unfortunately, with little success.

Within the last decade, America saw a change in perspective with Colorado being the first state to legalize cannabis for anyone over the age of 21.

At the end of 2019, a landmark was made when it came to federal legalization. The House Judiciary Committee approved a bill that would legalize cannabis across the nation. This landmark was a first in history.

However, the bill still has a long way to go before becoming a law. And, with that, there remain some hurdles it must overcome before the whole country is allowed to take their federally legal puffs.

Throughout this article, we’re going to take an overview of the bill, what the next steps are for the bill, and the likelihood of whether or not it’ll become a law.

A first in history, the House Judiciary Committee approved a bill that would not only legalize cannabis on a federal level but remove it from Schedule I of the Controlled Substance Act. ¹

This legislation passed with a 24 to 10 vote. It’ll now be brought to the House where it’s likely to be approved as Democrats control 234 seats of the chamber. The real difficulty is when it reaches the Senate.

The Senate is infamous for being Republican-controlled and for Majority Leader Mitch McConnell’s opposing views towards cannabis. Within the United States, Republicans have always had a negative view towards legalizing any recreational substances – especially one that’s been labeled as a Schedule I substance under the Controlled Substance Act.

This label defines cannabis as a substance that holds a high risk of addiction while containing no medical qualities. For people like us who have been in the cannabis space for some time, casting such a label on marijuana seems absolutely foolish. And it is. However, it goes to show the importance of spreading information and breaking down the boundaries set up by a prohibition that has run its course for almost a century.

The initiative has a few policies that would change the course of cannabis within the United States, including:

These policies are set up to counteract much of the broken history the war on drugs created. For example, more than half of all drug arrests made in the United States are marijuana-related.

These arrests are primarily made in neighborhoods where people of color reside and have had devastations that have lasted generations. In many instances, fathers have been thrown in jail for petty cannabis crimes and, in turn, left families without a father figure – which has shown to have a highly negative influence on children.

Most states have enacted laws to decriminalize cannabis which has had brought upon some rebalance when it comes to this devastation. However, many of those who were convicted prior to decriminalization remain behind bars.

According to Chairman Representative Jerrold Nadler, D-N.Y., “The criminalization of marijuana has been a mistake. The racial disparity in marijuana enforcement laws only compounded this mistake with serious consequences, particularly for minority communities.”

Getting the Bill Through

As mentioned, the bill will now be brought to the house where it holds a lot of promise for prosperity. However, after the House, it’ll be brought to the Republican-controlled Senate and the circumstances of that vote aren’t looking as prosperous.

The recent impeachment of President Donald Trump is a prime example of how the American democratic system works. The House – which is primarily dominated by Democrats – voted to impeach Trump. However, he will remain president of the United States and still has a chance to run this coming election season unless the Senate votes in approval of impeachment. Since the Senate is dominated by Republicans, there’s a lot more in Trump’s favor than against him.

The bill for marijuana legalization will undergo the same process. However, the biggest difference here is there’s a lot more favor of opposition rather than approval for Republicans tend to not support marijuana legalization. Nevermind a bill that would also go towards removing prior criminal records.

In the words of Rep. Ken Buck of Colorado, “I don’t think a majority of Republicans will support this bill. It is even less likely that the Senate would take it up. Therefore, I would just suggest that we deal with other bills that we can get larger bipartisan support from.

It’s obvious the tides are turning when it comes to the public. But in order for such strides to be made on a legal level, the people must hone in their power.

What Can Americans Do?

People often forget the power they hold with something as simple as a point of view. If the previous-mentioned poll isn’t obvious enough, we as a people want cannabis to be legalized. Though we must fight for our natural right, there’s no reason we should submit to waiting for those in power to give us that right.

The media tends to like to paint a picture of politics when it comes to cannabis legalization. Democrats tend to be in favor and Republicans tend to be opposed. But the truth of the matter is this logic is very black and white.

Yes, it’s true that due to a Republican-controlled Senate, federal cannabis legalization probably isn’t around the corner as we all had hoped.

We’ve already seen these strides being made on a state-to-state level. Currently, there are six states that have a likely chance of legalizing cannabis during the 2020 election season; Arizona, Florida, New Jersey, New Mexico, New York, and Vermont. ³

While most of these blue states, a few are red. And the fact that some red states are even considering legalizing cannabis shows the progress we’ve made.

Not to mention the fact that Republican President Donald Trump federally legalized hemp/CBD (any cannabis plant or product containing less than 0.3% THC). Though it was more for industry’s sake than people’s natural rights, CBD products and hemp growing has nearly sextupled in the United States since legalization.

It’s often forgotten that the battle we’re fighting is almost a century of prohibition. Though it’s natural for us to want legislation to act quickly, it’s going to take a lot of time before we finally get what we’ve been aiming for.

But once we get it, the battle will have been all the more worthwhile.