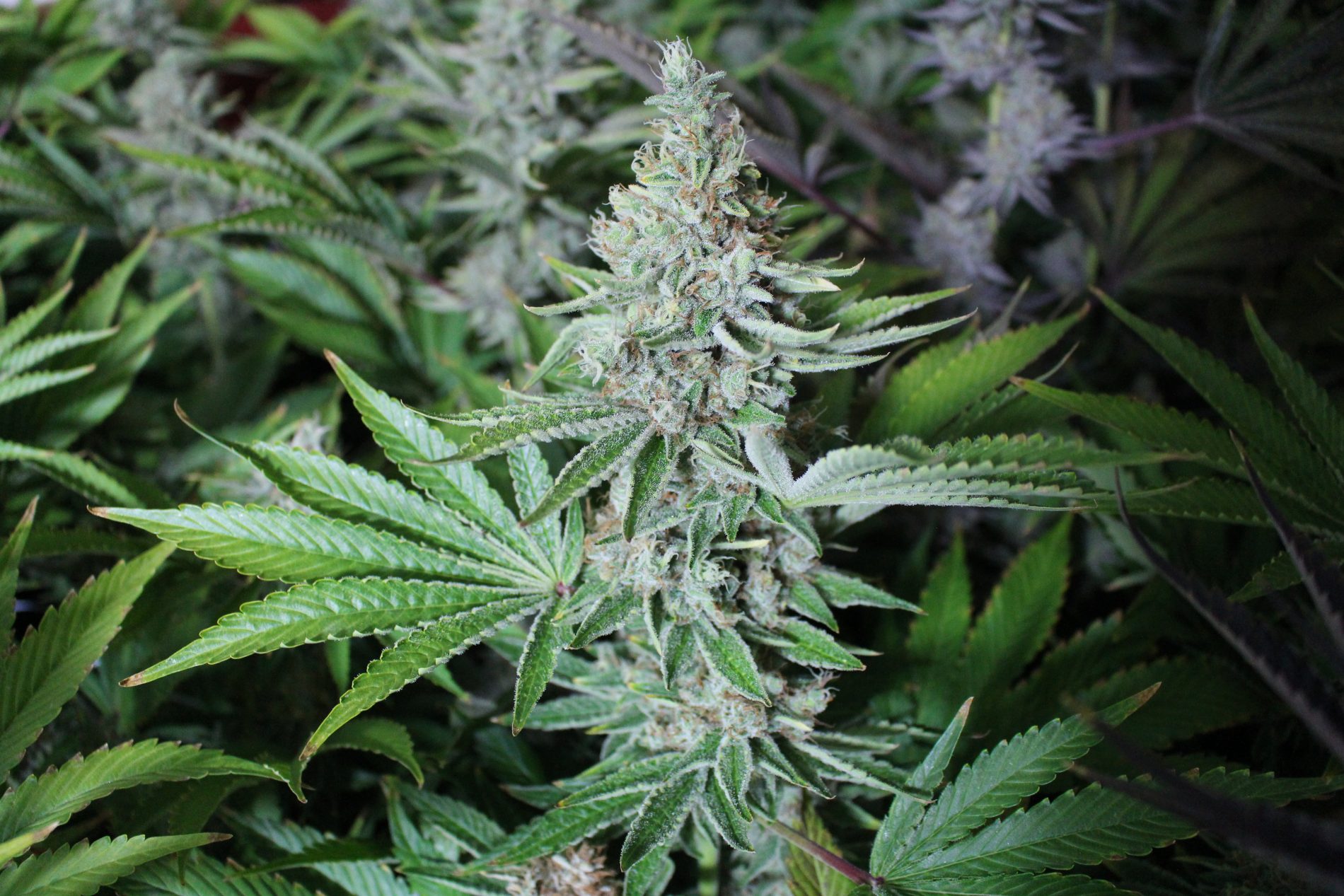 Tired of politicians dodging the debate on the legalization and normalization of cannabis in all its forms – from recreational and medical to the embrace of hemp as an alternative to manmade materials that harm the planet? Then perhaps it’s time for a Citizens’ Assembly…

This week, in six major cities around the world, Extinction Rebellion (XR) is engaging in the most ambitious campaign of civil disobedience yet seen by the environmental campaign group. While the eyes of the media will be on the more radical acts of disruption it will be carrying out in the streets of London, New York, Sydney, Paris, Berlin and Madrid, the group will be seizing the moment to publicize its three basic demands.

The group burst into the public consciousness with an audacious action in London last November, blockading five bridges across the River Thames. In April this year it returned to the UK capital to occupy a number of sites for 11 days, including Parliament Square, Oxford Circus and Marble Arch. In the months since there have been numerous actions in the UK and around the world that have grabbed the headlines and focused public attention on the issue of climate change. This week London will again be the setting for a series of pop up actions at various sites around the city, with the group attempting to fill London’s prison cells with the efforts of their acts of non-violent civil disobedience.

Alongside its key demands for national governments to declare (and act on) ‘climate and ecological emergency’ and put together a coherent plan to reduce carbon emissions to net zero by 2025, the organization has a third demand, which has the potential to have a wide ranging effect on society and the way we engage with issues which are currently left to elected politicians to decide.

Extinction Rebellion’s third demand is that a citizen’s assembly be put together to debate and decide on how to address the climate crisis. This would entail assembling a panel of ordinary citizens, selected from all walks of life that would reflect the society it represents. Its members would be selected in proportion to the population of the country, a reflection of its demographic split along lines that would include socio-economic background, gender, race and disability.

The citizens’ assembly is not a new concept. Its origins can be traced back to ancient Greece, where the Athenians established a democratic form of government based on the concept of sortition; this was essentially selection by lot rather than election. Whittled down to its simplest form, this meant that random citizens were put forward and a machine called the kleroterion (which in many ways was a stone hued prototype of the lottery ball machine) selected them at random to fulfill a public office, either for a specific period. That great mind of the time, Aristotle, philosophized that: “It is accepted as democratic when public offices are allocated by lot; and as oligarchic when they are filled by election.”

So what has this got to do with the cannabis debate? The most recent poll carried out by YouGov poll on the topic saw 48% of participants back legalization of recreational cannabis in the UK with 77% in favor of legalizing medical cannabis. Meanwhile the British hemp industry is strangled by regulations that require licenses to come from the Home Office (rather than DEFRA the Department of Environment, Food and Rural Affairs) because the British government continues to lump industrial hemp in with cannabis ‘the drug’. Cannabis is a political issue on the agenda and yet one for which there is no real political appetite to address. To break the deadlock, a citizens’ assembly could offer a potential solution to the issue, as well as a get out for the politicians.

Jamie Kelsey Fry is contributing editor to the New Internationalist magazine and an XR coordinator. “Cannabis legalization is a classic example of an issue that most politicians will do their best to avoid. Even those that say they support legalization will ditch this stance once they get elected because it will become a potential threat to their new found power. As a consequence, there is no real debate because so few politicians want to put their head above the parapet. This is where a citizens’ assembly would provide a potential solution. By throwing the question to the people it takes the pressure off the politicians and provides the foundation for taking decisions based on the will of the people.”

Citizens’ assemblies are increasingly seen as a solution to tackling issues that are political ‘hot potatoes’; issues that are too controversial for politicians to take on themselves. They have been run in Canada, Australia, Belgium and Poland looking at a range of issues, from electoral reform to financial planning, flood mitigation and air pollution. Perhaps the best illustration of the success of a modern day citizens’ assembly comes from the Republic of Ireland. There the issues of same sex marriage and abortion were political dynamite in a country where, historically, the Catholic church has been intimately intertwined with society. The conclusions drawn by the 99 citizens (plus chairperson) who debated abortion formed the basis of reports and recommendations which were submitted to the elected politicians for further debate. This debate added impetus to setting up a referendum in May 2018 which saw 66.4% of Irish voters choose ‘yes’ when asked if they wanted to repeal a ban on abortion.

In the UK, the government has recently dipped its toe into the citizen’s assembly waters with a debate on the future of social care and how it should be funded. Organized by the charity, Involve, the results were provided to a joint inquiry by the Health and Social Care Select Committee and the Housing, Communities and Local Government Select Committee for further debate and consideration.

While it may not be a new idea, in the context of the 21st century political system it is a fairly radical idea in the context of the system that we accept as the democratic model today. “Selection by sortition is a very sophisticated method,” explains Jamie, “which selects people by random and then stratifies them so that you end up with an almost perfect mirror of society. Through this process you eliminate political careerists, those with specific lobbyist interests and politicians acting in fear of being voted out. It represents the end of politics as we know it and the rebirth of democracy.”

So how does a citizen’s assembly work? The model promoted by XR, to debate the challenge of climate change, would follow a four tier process that would begin with the selection of a representative group of between 100 and 200 citizens. XR proposes that citizen assembly sessions on climate change would number between 14 -20 and be held at weekends so as not to impinge on people’s everyday lives and participants would be well compensated in return for taking part.

The first tier of the CA would be to expose citizens to “just the facts”. This would be followed by tier 2, which would be a presentation by experts. If the citizens’ assembly was focused on cannabis, for example, these experts would not just be growers and industry insiders, but a whole gamut of experts with areas of expertise representing, for example, geo-political, agricultural, legal, health and nutrition sectors. The purpose of these initial ‘tiers’ would be to illuminate the issue from a 360 degree angle, so that citizens have the full picture before discussions begin.

Once armed with the facts and the expert presentations, citizens would move to tier 3 – the process facilitation stage. Each session would be conducted around a series of round tables (and the makeup of these tables would change over the course of the process so citizens would interact with as many, if not all, of their peers), with a facilitator on each to ensure that every voice is equally heard. “This is crucial to the success of the process,” explains Jamie. “Taking the topic of legalizing recreational cannabis or setting up a hemp industry as an example, a typical situation may see a froth mouthed major from the conservative suburbs who is staunchly anti (all) drugs, sitting next to a woman from inner London whose parents came from Jamaica and who grew up in a culture where weed was a normalized part of life. People from two polarized extremes who, in the street, would hate each other, but in the environment of the citizens’ assembly would see both of their opinions valued. It’s all about listening to each other and understanding other people’s points of view before coming to a decision. And frequently, through this process, minds are changed, initial opinions are altered and some kind of consensus is reached.”

The process would end with a final conclusion which would form the basis of a recommendation that elected representatives (ie politicians) could take forward. Sounds simple enough, but where XR is pushing the issue to its radical conclusion is in the demand that the government agrees that these recommendations are legally binding. “For this reason,” says Jamie, “I would urge your readers to support the measures taken by XR in regards to this third demand. What XR is focused on is opening the gates to effective citizens’ assembly. In this case XR is pushing to re-work the system for resilience to climate breakdown.”

And of course hemp could be a key component in this re-calibration of how the system works. Legendary cannabis activist, Jack Herer, once said, “I don’t know if hemp is going to save the world, but it’s the only thing that can.” The potential of the plant as a biomass resource, which can produce 10 tons per acre in just four months and provide a raw material that could be an effective substitute for a myriad of manmade materials is huge. The group recognizes that large amounts of climate breakdown are unavoidable but the human race needs to be prepared for what comes next. “Beyond rebellion,” says Jamie, “we need to start working towards resilience and hemp could be one of the central elements in that.”