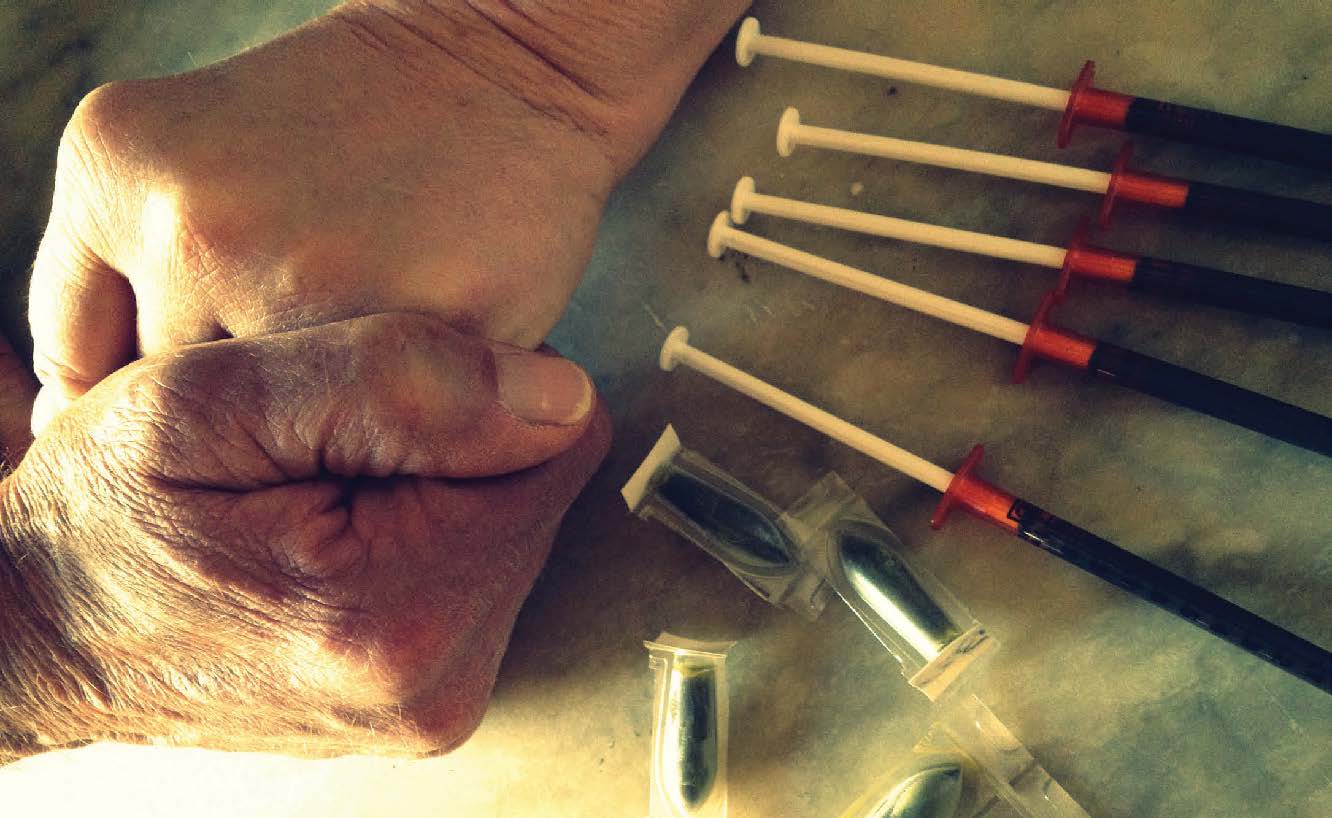 “We are supposed to trust our government, the police, and our doctors. How can we when they are not being honest with us? My husband is alive today because of this plant. It is medicine. It’s our medicine for life.”

Just one year ago John and Judy Smith (pseudonyms) listened attentively as the Oncologist explained the severity of the situation. John had Prostate cancer and the doctor rattled off the usual traditional treatments, surgery, radiation seeds, chemotherapy and more misery than they wanted to think hear.

The treatments were all too familiar, as just five years prior Judy’s ex-husband went through the same ordeal for Colon cancer. A more than five year fight that left him without health insurance and all his savings drained – then the cancer returned and he was told he had less than six months to put his house in order.

According to the National Library of Medicine, Prostate cancer begins in the Prostate gland, a small, walnut-sized gland that makes up part of a man’s reproductive system, wrapping around the urethra- the tube that carries urine out of the body.

When her ex presented with colon cancer Judy did a simple online search for a “cure for cancer” and found “Rick Simpson Oil” with a bevy of testimonials from real patients about putting their own cancers into remission.

“It’s amazing the amount of ‘cures’ that pop up on the Web for cancer,” she explained. “It’s criminal to get people’s hopes up in that way.”

In the 1970s the concentrated cannabis oil was called “Honey Oil,” and was cooked up for recreational smoking. The oil was re-created by Canadian Rick Simpson more than ten years ago when told to put his own house in order after a diagnosis for terminal skin cancer. “I first made the oil for my ex-husband’s reoccurrence,” Judy said.

“The oil helped him sleep which is something amazing in itself, as sleep is needed for healing. It also took the pain away, and gave him an appetite again – he gained back nine pounds.” Judy said while her ex’s overall well-being improved with the use of the oil, after everything he had been through, it was too late to turn the cancer around and he passed in peace, helped by the oil. “If we had been able to get the oil to him in time, he’d still be with us,” she added.

Upon hearing of her current husband’s diagnosis, with the knowledge gained from her ex-husband’s ordeal, Judy put her apron back on, went back into the kitchen, and whipped up another batch of oil.

When patients first begin to research in order to make the oil, the number of strains alone with cartoon or gangster like names can be daunting, to say the least. Add the debate of Cannabinoids vs. Tetrahydrocannabinol, or CBDs vs. THC, and it’s enough to scare the novice back to the Oncologists office and into the chemo chair.

According to oil-maker Rick Simpson, THC is as necessary as CBD. The controversy lies in the amount of THC needed. We now know the Holy Anointing Oil Jesus used measured in at around two to four percent THC; with the Hemp oil used in more than 250 over-over-the counter remedies prior to 1942 measuring in not much higher.

Interesting to note, cannabis was just put back on that list this year with little fanfare or reporting.

Judy found networking with growers through a local dispensary was helpful, enabling them to find strains high in both THC and CBD. She also found help from Dr. William Courtney of California, a juicing advocate who helped an eight month old infant get rid of a terminal brain tumor by applying the oil several times a day to a pacifier in 2012. But the most surprising knowledge she gained through the entire process came from a testing lab.

“When I first began making the oil I used whole bud,” Judy informed. “When we had it tested at a local lab it was high in THC. When I made the next batch I added leaf and that tested with higher CBD. When I added the whole plant, stems, bud, leaf and all, it tested in higher amounts for THC, CBD, and CBN.

SC Laboratory is the analytical laboratory in California that tested the oil for Judy and John. According to its Web site researchers have identified more than 70 Cannabinoids within the cannabis plant, and are categorized as a class of chemical compounds that mimic phytocannabinoids, or have a similar structure.

Endocannabinoids are found in the central nervous systems of humans and animals and activate our cannabinoid receptors, creating healing and preventing disease and illness. Among the benefits SC Laboratory states, cannabinoids exert palliative effects in cancer patients by preventing nausea, vomiting, pain, and stimulating appetite – all contributing to healing.

According to the U.S. National Institute of Health’s National Cancer Institute’s Web site, “within the past 20 years the neurobiology of cannabinoids has been analyzed, with the first cannabinoid receptor identified as “CB1” in the brain in 1988. In 1993 a second receptor, “CB2,” was identified, with the highest concentration of CB2 receptors located on B lymphocytes and “natural killer cells,” defined as “A type of white blood cell” or “immune cell” that has small particles with enzymes that can kill tumor cells or cells infected with a virus.”

In other words, the National Institute of Health, a federally funded institution of medical knowledge, reports on studies that show cannabis killing cancer cells on its own Web site.

John’s stomach proved sensitive to the strong oil and Judy quickly realized that making suppositories would be the best way to deliver the medicine. “Suppositories are great for people who can’t smoke,” Judy said. “They can be taken anally or vaginally for all kinds of illness and infection. It also clears up the lungs for people suffering from COPD or Asthma.”

Treatment with the oil began as soon as the Oncologist reported findings from the biopsy. After going through her ex-husband’s traumatic traditional therapies they decided to skip everything and do the oil. By the first Bone Scan they were told there was “increased activity,” the second scan two just months later showed, “no increased activity.”

“It could have been arthritis they were seeing. They really can’t tell too much with those scans,” Judy surmised, stating at the time she was confident the oil would work. A month after the last Bone Scan John received a PET scan and the cancer was completely gone.

As stated by Rick Simpson via his Phoenix Tears Foundation site (www.phoenixtearsfoundation.com) the treatment for cancer is 60 grams of oil in 90 days, with a step-up delivery method allowing the patient to get used to the effects of the THC while delivering as much medicine as possible. Most cancers are reported as disappearing in less than the three-month period.

“John consumed 117 grams of oil in a 13 week period,” Judy said. “We really don’t know much about how this works, so we wanted to make sure the cancer was gone and pounded it.”

To date, John is still cancer-free, tested regularly, and continues a maintenance treatment of a gram of oil a day in suppository form (Note: Rick Simpson advises a drop of oil the size of a grain of rice as a maintenance dose).

“The Federal Government tells us this is not medicine,” Judy shared. “We are supposed to trust our government, the police, and our doctors. How can we when they are not being honest with us? My husband is alive today because of this plant. It is medicine. It’s our medicine for life.”