Cannabis: The Lost Legacy of Landrace Strains by Fred Delisio 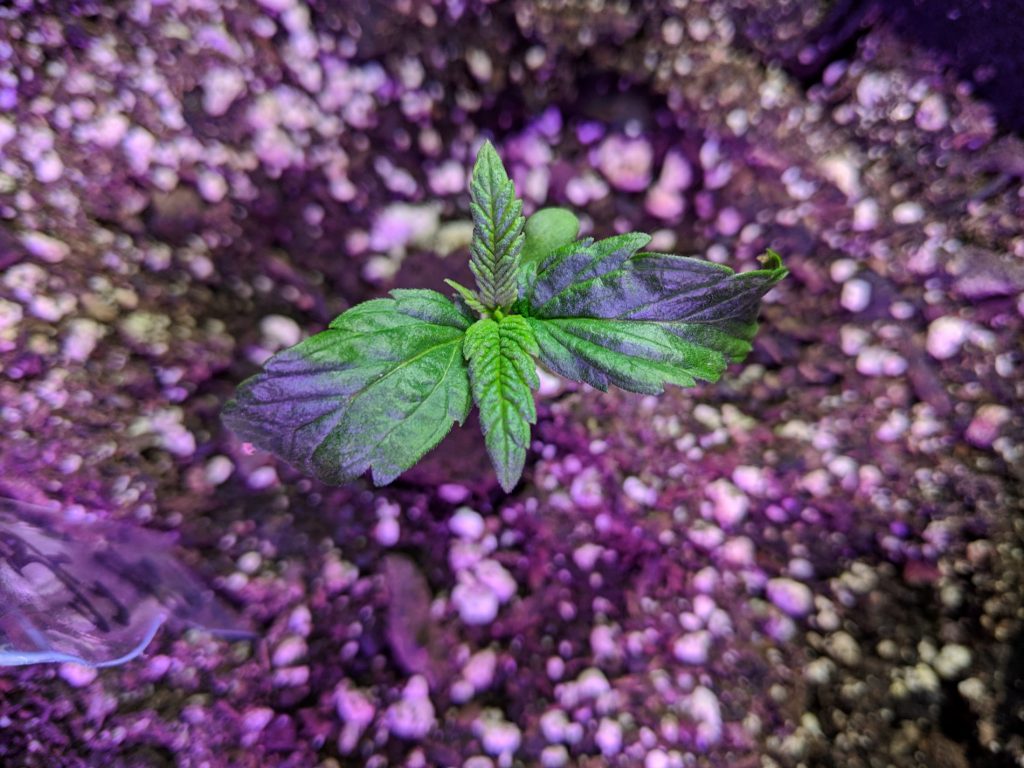 I was young, but I knew what to do with those seeds…

First, I wanted to give you some insight into what it was like procuring cannabis in the 1960s and 1970s, right at the time folks were just beginning to focus on growing and breeding in earnest here in California.

There were no DEALERS then, just friends that were getting pot from different sources for themselves, and if they had the means, and the pot was good, they’d buy extra for their friends…no DEALERS, just friends.

In fact, there isn’t one person that I got pot from in those early days that didn’t have a REAL JOB.

Even when we were in Junior High, and High School, we worked, mowing lawns, at the market, bagging groceries, and at fast-food places.

I paid $2.00 cash and received a Sucrets tin (they are a mentholated lozenges used to prevent coughs), containing 3 rolled joints, a roach clip, and extra rolling papers.

I unrolled a joint just to see what was inside, and there was some green plant material and…SEEDS!

I was young, but I knew what to do with those seeds…

I clumsily re-rolled the green stuff (sans seeds), and smoked my first joint, while watering plants at my grandparents’ house…and had trouble riding my bike the 4 blocks back to my parents’ house, I was laughing so hard.

Anyway, as I say, very few folks were “growing their own”, so-to-speak, so all our pot came from other places overseas, like Laos, Cambodia, Thailand, hash from Lebanon, Morocco and India, and most of this all came via Army, Navy, Air Force and Marine transports, with our illustrious service men.

What didn’t enter the US by that method, came in through Mexico from South America through our southern borders.

However — except for the kilos of dirt weed (wrapped in red and blue cellophane), that we used to buy for $35 each in Mexico, bring back, cut them in half and sell 2 single pounds at $100 per pound, and keep the .2 pounds for ourselves — ALL of the pot that came from South America and Mexico, as well as overseas, was, in a word, DYNAMITE.

The myth that all Cannabis that we consumed and came to this country was 3-4% THC is absolutely ludicrous.

We had Oaxacan (though seeded, was outstanding), Acapulco Gold, Michoacan, Colombian Red — not the crappy, brown “Colombian” that was dry as dust and just like the kilo pot — I’m talking about beautiful, resin-encrusted bud that would blow your lungs out.

I say that with reverence and respect, as the very first “Sensimillia” (which literally translates to “Seedless”) that I ever smoked was from Hawaii. It was very light green, and was rumored to be “polyploid”, which sounded exotic and mysterious — but the word had no foundation in my world, at the time.

I’ve since come to understand that it means “containing more than 2 sets of chromosomes”, as opposed to “diploid”, which contains only 2 sets.

Polyploid-ism is actually a mutation that happens sometime in nature, but that can also be achieved artificially by soaking seeds or spraying a seedling with a mild solution of colchicine (it can be pressed from colchicum bulbs).

But I digress. The point is, we had Thai/Thai Sticks, Temple Ball Hash from India and Nepal, Red Lebanese Hash, and all sorts of South American herb.

California breeders, although they meant well, have ruined historical landrace strains by breeding for high THC content, thereby displacing and skewing the original cannabinoid ratios of the plant, and more specifically, Sativas and Sativa-dominant strains, so for the past 50+ years they’ve been breeding out all of the uniqueness and special terpene and cannabinoid profiles that can ONLY be exactly reproduced in the original climate zones on earth that they evolved in, or, by reproducing those hot and humid climates in a growing chamber..

All of these original strains are disappearing every day.

I just read that Moroccan growers are buying seeds from Northern California to be able to compete with the ho-hum market of various Blue Dreams, OG Kushes and such.

Think of the medicines that could emerge and evolve from these strains.

Instead of trying to “reinvent-the-wheel” and breeding new strains that may or may not have greater amounts of this cannabinoid or that, or this terpene profile, we have the opportunity to test strains from these regions to find out what cannabinoid and terpene profiles they exhibit, in their native environments.

This is a tragedy of epic proportions, and one that needs to be stopped and reversed. We need to work very hard to preserve these native strains as they exist in their natural environments.

To that end, I have started a project of growing out, breeding and restoring all the original landrace strains I can get my hands on.

This means YOU…wherever in the world you are reading this, if you have access to seeds from landrace strains from any continent other than North America, PLEASE, collect them, and just hold onto them for now — I’ll pick this back up later, sometime in the near future.

It’s up to all of us, as a collective body, around the world, to collect and preserve all of the landrace strains that we can find

only to be able to enjoy and work with all of these strains that anyone over 40 has at least sampled, and currently misses.

I am also including what I call “legacy” strains in this restoration project. What I’m referring to, are strains that were created here in North America. Very early crosses of different plants that led to strains like Skunk #1, Durban Poison, Headband, Chemdawg, Sour Diesel and Jack Herer (to name but a few).

“Restoring” these landrace and legacy strains, means sprouting individual strains from seed, collecting the most robust and desirable cultivars of each strain, and then creating tissue cultures of each strain, so that we can make “clean seeds”, without powdery mildew and a myriad of other contaminant issues that weren’t an issue when growing in their native habitats, but have been bred into these strains over the years of them being grown in less-than-hospitable environments for a specific strain.

I’ve begun with a handful of landrace strains, so-to-speak, from a myriad of locations around the world.

One of the simplest ways of doing this, without all the tissue-culturing, etc., is just working hard to promote and practice good breeding methodologies, sterile environments and maintaining proper nutrient and micronutrient levels.

Giving a plant all it needs to thrive is key — that means ALWAYS maintaining a perfect, healthy balance of light, water and nutrients.

This also means keeping your growing environment free of mold, mildew and pests, which can be a REAL challenge when you are growing plants that need a warm, moist environment to thrive.

Make sure you have very good ventilation and proper air circulation, with filters in place to keep any airborne spores, etc., from invading your grow space.

However — the SINGLE most important mistake that most growers (and I’m talking about commercial growers, professional growers, etc.) make is, they DON’T take into consideration the type of strain they are growing and modify their growing/flowering cycle to meet the individual demands of the plant.

I see this happening every day — folks are growing a Sativa-dominant strain (say, a Tangie) and giving it the same “two months” flowering time as any other Indica or Hybrid.

No self-respecting Sativa can come close to being fully matured at two months — it’s beyond the laws of physics, but you can go in any store and find immature buds of Sativa, or, alternatively, nothing but Indica-dominant strains, or Hybrids — no Sativa-dominant strains, much less pure Sativas.

They don’t exist in the Cannabis market of today.

Cannabis plants, all strains, to a one, need to be harvested based on the color and clarity of the trichomes…PERIOD.

The medicine (cannabinoids, terpenes, terpenoids, flavonoids), are ALL manufactured and contained in the trichomes on the outside of the plant. The plant itself contains nothing but chlorophyll, fiber and cilia covering the outside of the plant, which can cause real irritation to the stomach lining if consumed internally (just FYI, for all you juicers out there).

The color and transparency of the trichomes will go from clear when they are first forming, to an opaque milky color, and then to amber — between opaque and amber is when you want to harvest, depending on if you want a little stronger, less nuanced high (higher CBN content), or not. The more opaque/white the trichome, the closer to the sweet-spot we get.

This is SO important — the most important part of the entire growing process, is when to harvest your plants at the perfectly optimum time. Another thing to consider are the color of the pistils (white “hairs”) on the plant. When the pistils have changed from white to a brown-reddish color, that means that the plant is nearing maturity, and a sign that you should keep a close watch on the trichome colors as they evolve.

Some of the landrace strains that I’ve been working with, and have included pictures of some in various stages of development, are Afghani, Moroccan, Bama Yao (from China, and the origin of the Cannabis Sativa species) and Thai.

A few of the legacy strains I’m restoring and include Skunk #1, Jack Herer, Sour Diesel and Durban Poison, which most folks believe is an African strain, but was bred here in California from African stock by three very well-known breeders and growers in this small world Cannabis — the legendary Mel Frank, Skunkman Sam, and Ed Rosenthal.

In closing, I’d like to stress the most important point I’m trying to drive home here, and that is this.

If you are an aspiring (or seasoned) grower that hasn’t been paying close attention to some of the finer points of growing that I’ve outlined here…begin monitoring your plants to control these variables far more closely, as pinpointing the exact maturation time for each individual strain you grow is key to your success.