The beginning – Genotypes, Environment and Phenotypes by Fred Delisio 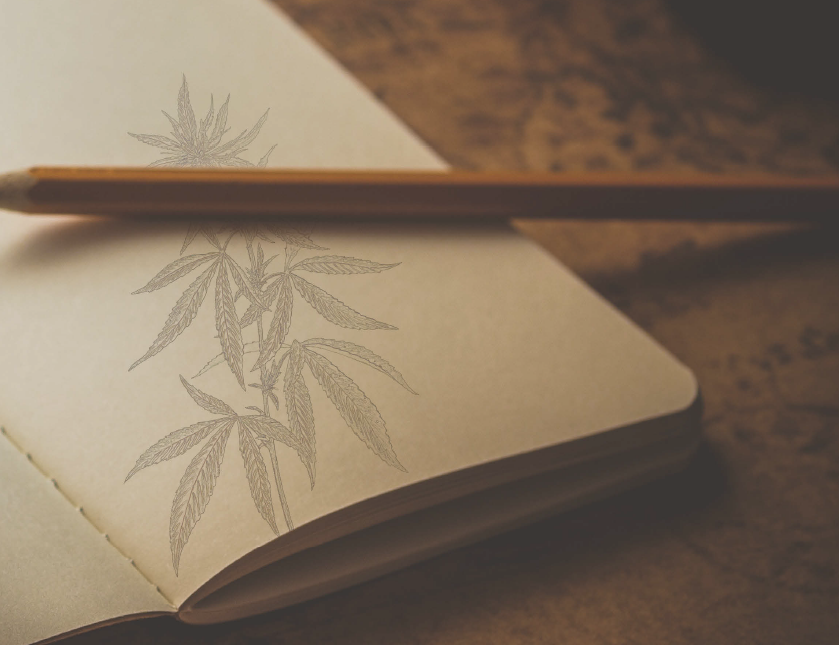 The only cross-breeding that went on was through natural weather

So we’re going to tackle and clarify one of the most misunderstood and most controversial of the questions that arise about Cannabis: Cannabis Sativa, Cannabis Indica, and Cannabis Ruderalis, and the origins and evolution of this wonderful plant.

We will define the meanings of landrace, heirloom and the origin of the first Cannabis species to appear on the Earth. This way, we can pinpoint what determines the chemistry of the plant, and ultimately, the effects on the Endocannabinoid system when consumed by humans.

First of all, some definitions:

Environment: interactive factors that influence and modify genotypic expression in the plant.

Phenotype: the expression of these influences exhibited by these variables when the plant is cultivated from seed.

What this all means is that the genetics/seed determines the genotype and the environment — the length of light cycle/daylight/darkness soil/growth medium and temperatures all play a significant role in determining the different phenotypes that emerged over the centuries and eons.

Cannabis Sativa originated in South and Central Asia as the first cultivated, known source of Cannabis, and then migrated to Russia and throughout the world — so technically, Cannabis Indica and Cannabis Ruderalis evolved from Cannabis Sativa.

When we talk about Cannabis Indica, Cannabis Sativa, and Cannabis Ruderalis, we are talking about the three dominant, original species/sub-species of Cannabis, based on wood anatomy, leaf variation, seed type, and chemical constituents.

Any reference to any of these different species are referring to cultivated cannabis, which were indigenous to the “old-world” regions, but over the last 10,000 years, have migrated from those places throughout the world via Caribbean slaves, African slaves, traders, travelers and merchants.

When seeds from landrace strains are cultivated outside their original environment, they produce what geneticists and breeders label phenotypes, which are also known as heirloom strains — those that evolved from the human cultivated strains that were bred under natural environmental conditions in different locations around the world.

Phenotypes are modifications to the plant, but with different characteristics. This includes height, flowering characteristics, (length of flowering cycles), and biochemical properties that determine potency and cannabinoid and terpene production and ratios. Phenotypes that are direct descendants of landrace strains, with no human breeding or cross-breeding, are heirloom strains.

Pure Cannabis Sativa (landrace origin of the species) was domesticated, and then migrated throughout the world — from somewhere around South and Central Asia (now Mongolia), dating back to 12,000 BC, migrating much later to what is today to Russia and  India (2,000 BC),  and what is now Kazakhstan, Turkey, Afghanistan, Pakistan.

It was then carried from there far later (700-800 AD), to Morocco, and was transported throughout Africa (1100 AD) to South Africa in the 1400s, and ultimately to South America and Puerto Rico through trade routes, arriving FINALLY in North America around 1910-1920 AD.

Cannabis Indica emerged/evolved  exclusively in the Afghanistan area, in the regions of Mazar-I-Sharif, Kabul and Kandahar around 2000 BC, but was regionally exclusive to the old-world/Middle East until , in the 1950s and ’60s, the Hipster/Hippy generation began traveling throughout the world, sampling species, transported Cannabis Indica back to the US and began intentionally cross-breeding to optimize much shorter growing cycles and tighter stature/resin-production — ultimately, and unintentionally, altering the pure landrace strains forever.

Cannabis Indica became a sub-species strain from Cannabis Sativa by adapting to the indigenous regions it was grown over centuries/eons.

Only in the late 1940’s and ’50s was intentional, deliberate cross-breeding born, unknowingly, changing the face of pure landrace/heirloom strains worldwide.

The original, Sativa landrace strains have all but been lost — changed forever by the winds of time, and environmental changes.

Because they have evolved to fit the environmental influences of where they ultimately landed, they are all hybrid Sativas, from India to Thailand, South Africa to South America, and ultimately to North America.

Cannabis Sativa originated as a lanky, tall, slow-maturing flowering plant that took months, and even years for individual flower clusters to finish, sometimes growing in the wild for years, or decades.

When these original Sativas migrated first to Africa then to South America, they flourished, due to the hot moist climates most similar to the environmental and climatic conditions they originated from.

However, they matured SO slowly, that in many hot, dry environments, with shorter summers and much longer winters, they were so poorly suited for these climatic differences they never fully matured, and would not flourish — so they changed to meet environmental needs to survive in such a different climates and conditions than they originated from.

Also, because of their quick development the flower clusters were far tighter, and were much more densely covered with Trichomes per calyx, which increased the THC levels, while decreasing the levels of other cannabinoids and terpenes significantly. The reduction of CBD production occurred in larger amounts, but all of the production of trace cannabinoids and terpenes, which had evolved from all of the different locations that Sativas had migrated to and acclimatized them to specific environmental differences, were also reduced dramatically.

In Southeast Asia, Europe, North America and throughout the world, “hemp” evolved from pure Sativa strains by being bred for fiber, foodstuffs and seeds.

Hemp is used to name the durable soft fiber from the Cannabis plant stems. Cannabis Sativa cultivars have been bred for their long stems and durable, fibrous nature.

Hemp can refer to any industrial or food product that is not used for drug purposes.

Which brings us to the current point in time, where we are desperately caught in a race against time to preserve both heirloom strains of Sativas produced through natural, wild growing/crossing of indigenous evolution over many years, to actual tracing back and LOCATING the origins of this plant in the Southeast Asia (now Mongolia) region of the world from more than 14,000 years ago…no small feat.

Since the early days of Cannabis arriving in the new world, intentional cross-breeding combined with airborne pollen from other farms and cannabis growing wild, these original landrace strains have been altered, diluted and modified to breed the highest THC content consistently and doggedly for the past 60 years. What this has done is diminish the other phytochemical constituents — CBD being the most dominant, but additionally, the lesser trace cannabinoids and terpenes?

By doing this without continuously refreshing the original, landrace strains by growing them out via seeds (cloning doesn’t maintain the genetic-drift we get from seeds) and replenishing our seed stock (seeds only last a limited time, and must be grown-out and regenerated), we have, unintentionally, been systematically wiping out landrace strain genetics over the many years.

With a few exceptions from diligent breeders from around the world, who HAVE worked to preserve these original landrace genetics and strains, we have systematically done away with original, landrace strains, even more remote locations (South America, Africa, Afghanistan, Russia and China) have all been intentionally breeding for specific traits, altering the landrace strains forever,

We have been assembling an incredible collection of landrace strains to date, but are specifically trying to locate (if they exist, still), seeds from the Origin of the Species, the postulated first domestication region — the indigenous strain of  Cannabis Sativa, where it all began.

In the meantime, we are working on a restoration process of growing the dominant landrace strains from around the world, choosing the best phenotype from what is grown out, “scrubbing” their genetics via tissue culturing, and returning them to as close to the Sativa strains (for the most part) to their acclimatized state based on their “home environments where they evolved.

We will feature each strain in an article in Weed World, outlining the progress, process and “finalized” restored strain as we complete each one, with photos and ultimately, with seeds optimized to their original climatic environments through manipulation of light cycles, environmental and growing conditions to match the origin of the landrace strain it evolved in.

This is obviously a HUGE undertaking, and as such, we are working with experts and growers from around the world (and you can help) to gather original landrace strains from each of the different environments that each strain evolved due to environmental locality and conditions.

The biggest challenge is finding the Origin of the species — the first Cannabis Sativa strains that appeared on the earth (in the Mongolian/Siberian regions of the world), since we are looking for unmodified strains that first appeared on the planet over 14,000 years ago (12,000 years BC, in addition to the 2,018 years AD). This will be the real feat — to locate active and viable seeds from that original Cannabis Sativa strain.