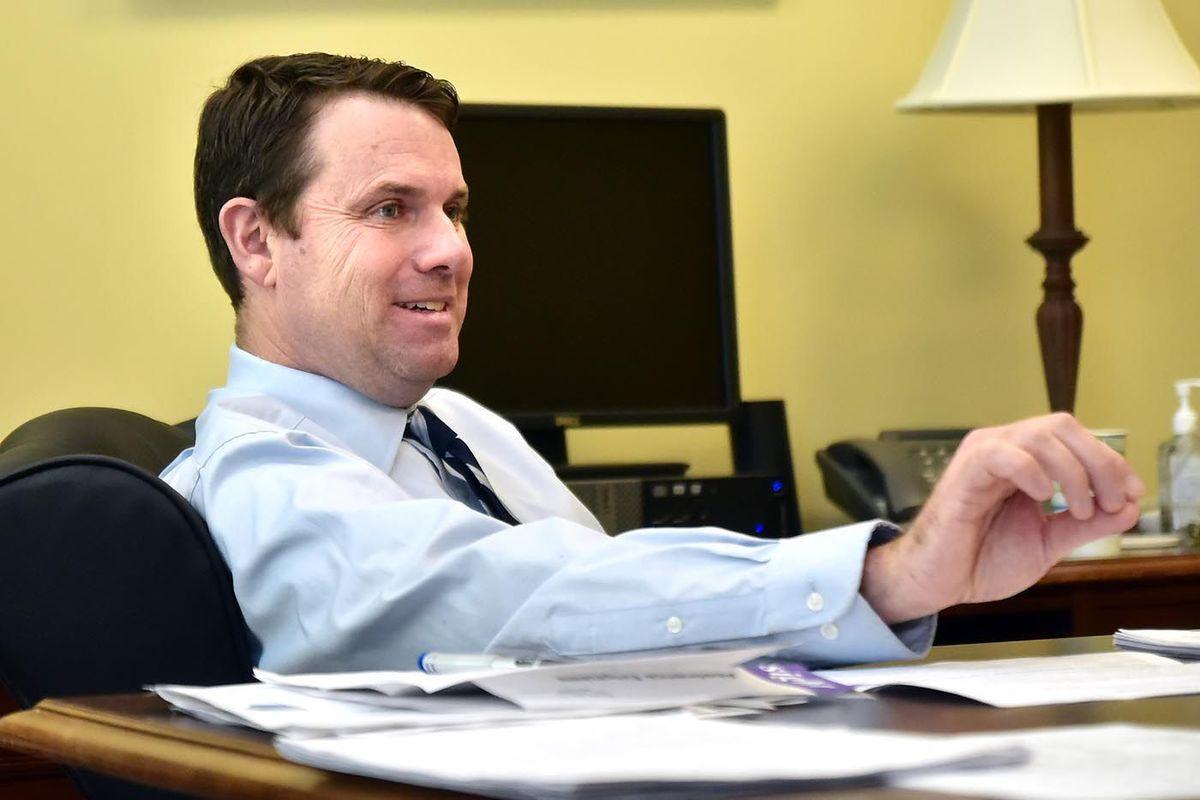 “I struggled to lift my head on opioids,” said Eric. “But with cannabis, I was able to and it gave all the same relief.”

Eric and Michelle Crawford have been traveling to Frankfort for several years trying to gain support from state legislators for the legalization of medical cannabis.

Eric is a quadriplegic who suffers from pain, spasms, glaucoma and other debilitating conditions or symptoms.

He realized he needed to do something about medical cannabis being legalized when he visited an optometrist who noticed his glaucoma was getting worse. The doctor didn’t realize that Eric had been taking cannabis before and stopped.

“He told me that if I didn’t resume taking cannabis, I would be blind within a year,” said Eric.

Eric has taken multiple opioids and FDA approved drugs/muscle relaxers throughout the years but hates how they make him feel.

“I struggled to lift my head on opioids,” said Eric. “But with cannabis, I was able to and it gave all the same relief.”

According to the Centers for Disease Control and Prevention, overdose deaths involving prescription opioids account for 40 percent of opioid deaths. Eric doesn’t want to become just another number for the CDC.

The Journal of the American Medical Association Internal Medicine reports that opioid deaths have fallen by 25 percent in states that have legalized the use of medical marijuana.

Eric’s wife, Michelle, is his primary caretaker and travels with him to Frankfort every week to raise awareness and support for this movement.

“It’s past just us now,” said Michelle. “This is about everyone who wants or needs this. We know people that have died and wanted access to medical cannabis to help with their symptoms but couldn’t use it.”

In traveling and looking for support as often as possible, the couple meets a lot of people who are suffering from various diseases and conditions that can possibly be helped by cannabis.

“We have talked to vets who were ready to put a barrel in their mouth,” said Eric.

“Vets talk about suicide when they come back,” said Michelle. “They go to the VA and get pharmaceuticals that can make it worse. Cannabis can help them and should be offered as an option.”

When asked why he thought Kentucky didn’t allow medical cannabis, Eric said he thought it was due to willful ignorance unless someone was being paid off by pharmaceutical companies to stay out of it.

Eric and Michelle pay everything out of pocket and receive no financial support for their expenses.

“Our friends go on vacation and we come to Frankfort,” said Michelle.

They spend most of their time in motels while visiting Frankfort and that leaves Eric exhausted.

“We have a chance to change a law and help people,” said Eric. “That’s worth being tired to me.”

House Bill 166 was submitted to the House of Representatives on Jan. 10 and a companion bill is being submitted to the Senate this week. State Rep. John Sims has worked alongside Eric and Michelle closely and decided to sponsor HB 166.

“They reached out to me when I first filed to run for the state representative seat, two years ago,” said Sims. “They told me their story and I was in.”

Sims believes the bill is comprised of all the good numbers and ideas behind the other 29 states and District of Columbia but takes away all the negative aspects.

“They have been working on the bill for months now,” said Sims. “It’s an option to choose instead of a pill or another form to help with pain and other needs they have. This a win for the state of Kentucky.”

State Sen. Stephen West has sided with the legalization of medical cannabis as well and plans to submit a bill to the Senate from the same framework as HB 166.

“It was a couple in my district area, Eric and Michelle Crawford,” said West, “who has been working on this subject for years. I have never been opposed to the idea but it always had to be the right kind of bill for it to work.”

“Kentucky is slow to do a lot of things,” said West. “But in this case, it helps us. We can see what best practices we should use. Fear is one thing, fear of the unknown. I think it is time in Kentucky that we have the medical marijuana option for people and that is why I intend to file this bill.”

“The governor is already committed,” said West, “that if we produce a good and well drafted medical marijuana bill, he is willing to sign something.”

Eric and Michelle are grateful for the support they receive from legislators as well as people from home.

“I owe the supporters a debt that I will never be able to repay,” said Eric.

By By THE LEDGER INDEPENDENT & JOSHUA SAMMONS – WMKY