The grass is green for careers in cannabis research 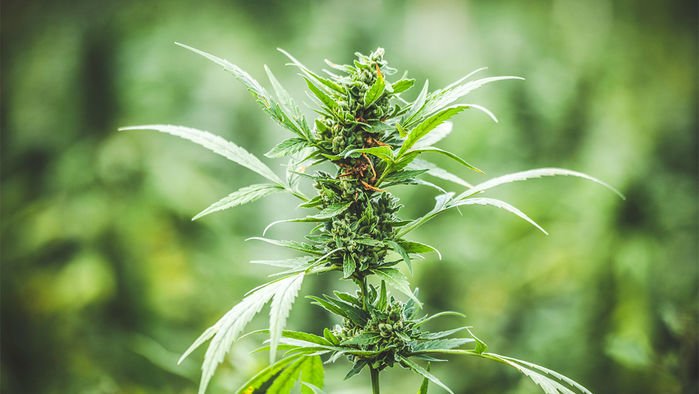 Biochemist Jahan Marcu has found “a very rewarding career” working to assure the safety of medicines.

Biochemist Jahan Marcu has found “a very rewarding career” working to assure the safety of medicines.

“It is really touching to see patients using our products and leaving opioids behind,” says Adam Kavalier, a phytochemist who works in the same industry.

The fast-growing field where these scientists work provides not only these satisfactions, but also, reportedly, offers expanding career opportunities, good pay, and scientific challenges so plentiful and significant that one feels “you’re literally on Darwin’s ship, the Beagle,” Marcu says.

The industry may surprise you: It’s medical marijuana or, as the scientists prefer to call it, medicinal cannabis. It’s legal in 29 states and the District of Columbia, with 17 more permitting therapeutic use of certain cannabis compounds. On 1 January, California became the eighth state to legalize marijuana for adult recreational use, which many believe ultimately has a much larger business potential—despite recent headlines about its complicated legal status.

On 4 January, to great publicity, Attorney General Jeff Sessions rescinded an Obama administration policy, known as the Cole memo, that, since 2013, has protected recreational use where state law permits it. Largely lost in the ensuing uproar, however, is the fact that the move had no effect on medicinal cannabis in states that have legalized it.

In 2014, Congress forbade the U.S. Department of Justice from using federal funds to prevent states that have legalized medical cannabis use from implementing their laws. It retained this provision, known as the Rohrabacher-Blumenauer (formerly the Rohrabacher-Farr) amendment, in subsequent budgets and continuing resolutions, including the temporary government funding bill passed just before Christmas, which extends it through the middle of this month. Knowledgeable Capitol Hill observers tell me that they expect future legislation to continue the protection, a view supported by strong bipartisan criticism of Sessions’s action from congressional lawmakers.

Despite the legal hubbub, the scientists see the real excitement in the opportunity to explore and exploit the health benefits of a poorly understood plant that already has several proven medical uses, including relieving pain and nausea associated with cancer treatment, according to a 2017 report from the National Academies of Sciences, Engineering, and Medicine. Cannabis likely has other, as yet unproven, medical benefits and merits a great deal more research, the report adds, though it also poses some known risks.

But is it really a reasonable career field? The scientists I spoke with say yes—but people considering it should also be aware of potential downsides.

The researchers I spoke with all express a strong sense of dedication to what they believe is a neglected area of science that already provides significant benefit to people not helped by more conventional treatments but that could provide much more. In the case of synthetic organic chemist Jeffrey Raber, for example, getting into the industry was personal. Seeking relief from an inflammatory bowel syndrome, in 2008 he began exploring the scientific literature and found that the gut contains lots of cannabinoid receptors. He correctly reasoned that using cannabis therapeutically could help him manage his condition.

But the dispensary providing his cannabis alarmed him. “Not clean, not sterile,” it had a staff with “little understanding of what they were giving you [or] what was right for which indication” in “any sort of chemical or medical sense,” he says. The rest of the industry was no better, he and his co-authors reported in a study published in 2015: Only 17% of edible cannabis products purchased at licensed dispensaries in San Francisco, California; Los Angeles, California; and Seattle, Washington, had labels accurately stating their chemical contents.

In this “lack of controlled supply chain, lack of standardization, [and] lack of compositional understanding,” Raber saw both “a job for a chemist [and] an entrepreneurial opportunity.” In 2010, 8 years into his post-Ph.D. career in industry, he founded a cannabis-focused testing laboratory called The Werc Shop in Los Angeles. It has grown into a 75-person consulting firm providing “scientific solutions,” Raber says, including “know-how, technical solutions, formulation expertise, analytical testing, and contract manufacturing support” to a range of clients in the industry. Raber employs scientists—primarily chemists and chemical engineers—with bachelor’s degrees, master’s, and Ph.D.s. He sees “tremendous” job prospects and adds, “We’re always open to resumes.”

Others agree that the cannabis industry offers possibilities for scientists at all levels of training—which is particularly appealing given the current economy, “where we don’t see a lot of growth in jobs for chemists,” says Ezra Pryor, a chemist who works for processing equipment manufacturer Heidolph North America, selling to companies in the cannabis industry. Marcu, who is the chief scientific officer of the advocacy and standards organization Americans for Safe Access, notes “a shortage of talent in the cannabis industry” and a demand for well-trained scientists who can also “present their ideas clearly” and “translate their results” for nonspecialists.

Beyond the present uncertainty caused by the legal situation, another downside is a “prejudice around cannabis … that can limit some of your other [career] options,” says Pryor, who is also the founder and head of the American Chemical Society’s (ACS’s) Cannabis Chemistry subdivision, which advocates for increased cannabis research. Sessions says anyone working with it “must be a criminal,” Pryor continues, and some employers “won’t hire a criminal.”

That stigma is why Marcu always makes it “very clear” whenever he discusses his career that he works only with medical cannabis. Growing up with a close relative who used marijuana before legalization to alleviate symptoms of a medical condition inspired Marcu’s fascination with the plant’s relationship to the human body. Having researched cannabinoids’ anticancer activity as a technician and the structure, function, and signaling of cannabinoid receptors, especially in bone, for his Ph.D. dissertation, he now focuses on developing and implementing recognized, science-based standards to assure that the medicine sold is safe, pure, and what it purports to be.

If the industry’s possibilities intrigue you, lack of the right technical background needn’t hold you back. Few people have specific training in cannabis, so employers look for related knowledge and experience and a desire and ability to learn a new field quickly. “It’s hard to find strong scientists with a lot of cannabis experience,” says Kavalier, the chief scientific officer for medical marijuana producer Holistic Industries in Washington, D.C. Kavalier has hired scientists with bachelor’s degrees through doctorates in biochemistry, plant biology, plant chemistry, and more.

In fact, Kavalier’s own path highlights the unexpected routes that researchers can follow into the field. Readers may recall him as the ex-postdoc we last met using the expertise he developed researching flavonoids in the hop plant to found an artisanal chocolate company. As the legal medical marijuana industry expanded in the nation’s capital, he realized that his product was an ideal cannabis delivery vehicle and approached Holistic. Before long, he had begun working on chemical extraction techniques for cannabis, which is closely related to hops. He went on to sell the majority of his chocolate company and join Holistic full time in 2016. Since then, he has worked to develop products and techniques as well as supervise construction of new cannabis laboratories in several states where the company is active. Most affecting, though, has been watching the company’s products help people find relief from conditions including chronic pain and a particularly severe form of childhood epilepsy.

Pryor advises scientists to explore possibilities in the industry and make connections before “jumping in with two feet.” He invites them to contact the ACS subdivision, which offers resources such as networking opportunities, an online journal club, and a scholarship that helps cannabis scientists present papers at subdivision-sponsored sessions at ACS meetings.

Ultimately, the scientists agree, working in medical cannabis is about helping people who need treatment they may not be able to get any other way. As Marcu says, “you’re representing patients and their needs, and that’s the reward.”