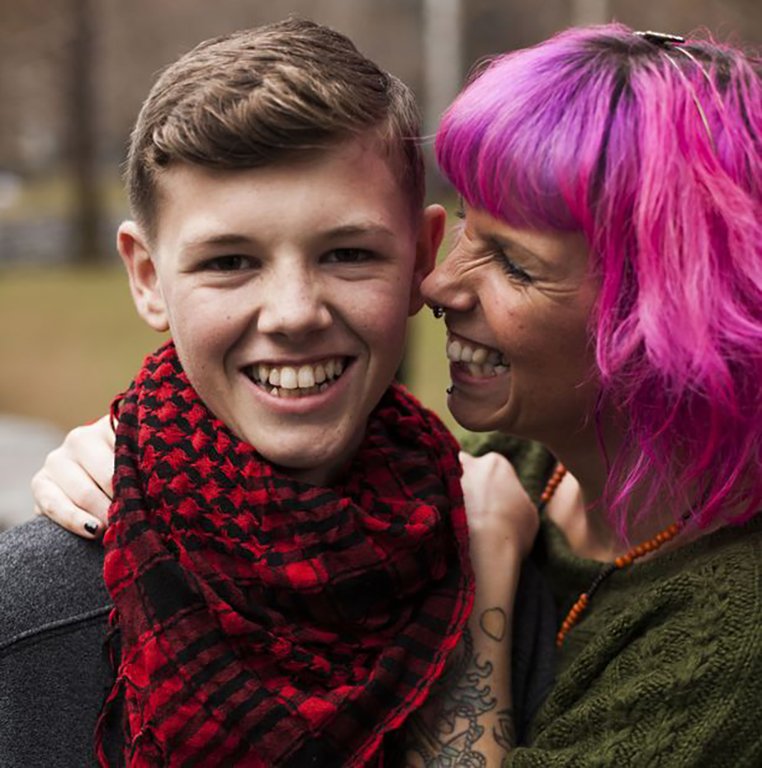 Deryn Blackwell was sent to a hospice shortly after his 14th birthday to live out his final few days - now, he's a happy and healthy 17-year-old

Deryn Blackwell, from Norfolk, was sent to a hospice shortly after his 14th birthday to live out his final few days.

He was frail and in extraordinary pain after a relentless battle with a one in a billion form of cancer, Langerhans cell sarcoma.

But after his parents secretly gave him cannabis oil to ease his pain and anxiety, he made a miracle recovery, as the Daily Mirror previously reported.

Today, Deryn – who had also battled leukaemia – is a happy and healthy 17-year-old student, with friends and a girlfriend.

And he was on Loose Women, with his mum Callie Blackwell speaking about the wonders cannabis did for him – and how he felt when his mum first told him about her cannabis idea, while he was planning his own funeral.

He said: “I was on the brink of death, I was up for doing anything.

“It wasn’t going to hurt me anymore than what was already happening.

“I didn’t worry because, quite selfishly, if it didn’t work I wouldn’t be around to see what happened.

Callie told the Loose Women: “His nails were all falling off, and they wanted to amputate his hand.

“Five days after he started taking cannabis, his bandages had come off.

“I couldn’t tell the hospital staff why, the cannabis was hidden in a jar under this bed. Some of the hospice workers knew and called it, ‘the magic under the bed’.

“Everything had been taken away from Deryn, there was no conventional treatment left.

“I was told, ‘Something will get him.’

“It got to a point, I knew I was facing 14 years if I was found out, but I would do every day of a 14 year sentence if it meant he was still here.”

His remarkable transformation – and his parents’ actions – have been widely reported on following the Mirror’s article.

But recently, Callie took to social media to correct what she called “wholly inaccurate” claims in some articles.

She clarified that she is not claiming cannabis “cured her son’s cancers” – because he was actually in remission at the time.

Instead, she said the class B drug “had a profound effect” on the teenager’s bone marrow, ultimately saving his life.

The devoted mum explained how it had been 70 days since Deryn’s last bone marrow transplant, which hadn’t worked.

She knew that no transplant had ever grafted after more than 50 days. There was no hope left: Deryn was waiting to die.

She posted on Facebook: “Deryn did not have cancer at the time. He had been in remission of cancer for a number of years.

“He was dying because his fourth and final transplant had failed to engraft. He had three infections and NO immune system in which to fight them.”

She continued: “No one has ever engrafted after 50 days.

“Deryn was now at day 70 and was waiting to die from the three infections he had, I gave him cannabis and 5 days later, his bone marrow kicked in.

“He was having NO other medications other than palliative and I even asked the Dr’s if any of those drugs could have helped and was told a resounding no.

“The dr’s called him a miracle. I watched the bone marrow respond to the cannabis over a 6 week period.”

Callie said she is not claiming cannabis “did anything against Deryn’s cancers”.

“I did not ‘cure’ him of his cancers with cannabis, I saved his life because it had a profound effect on his bone marrow,” she added.

The mum has written a book about her son’s fight for survival, The Boy In 7 Billion, which was published on April 6. 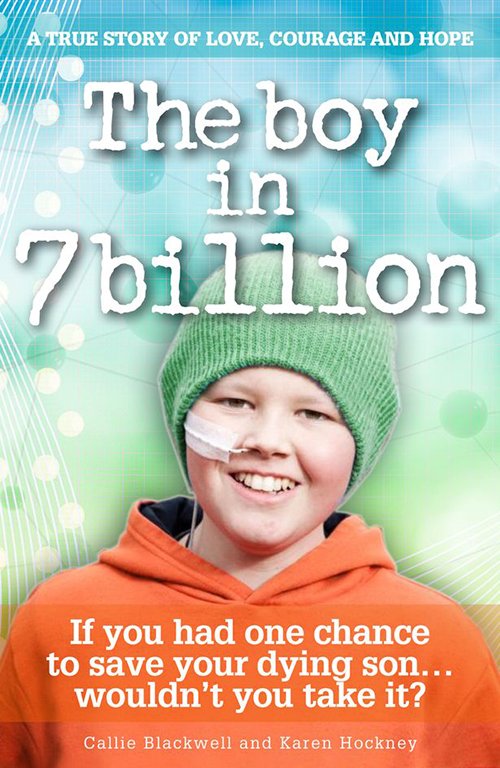 Speaking to Holly Willougby and Phillip Schofield on ITV’s This Morning, she described how the effects of cannabis on Deryn “blew her mind”.

Callie created a cannabis tincture to help her son, who had planned his funeral after three unsuccessful bone marrow transplants.

She admitted she had “nothing to lose” as Deryn was “dying anyway”.

She now hopes to stimulate debate and medical research into the treatment, which hasn’t been licensed for children in the UK.

Callie told Holly and Phillip: “Honestly the effects of it blew my mind.

“It wasn’t what I expected. We noticed within half an hour he was chilled out, the anxiety stopped, he was able to relax.”

Despite being given just days to live, Deryn battled his way back from the brink as his body began to produce white blood cells.

To test the theory, Callie said she even withdrew the cannabis tincture – and saw her son’s white blood cell count fall again.

Deryn, who also appeared on the show, was diagnosed with leukaemia aged 10.

Two years later, he discovered he had developed a secondary cancer, Langerhans cell sarcoma, making him one in seven billion.

After four unsuccessful bone marrow transplants, the teen was moved to a children’s hospice where he began to plan his funeral.

Deryn admitted that he wanted to die due to the intense pain caused by gruelling rounds of chemotherapy and radiotherapy.

The brave youngster said: “One you accept it, it becomes very calming, quite nice in the sense. After four years of treatment, it’s enough.”

Callie also confessed that Deryn was “dying to be a chef” now that he had made a full recovery and was “perfectly healthy”.