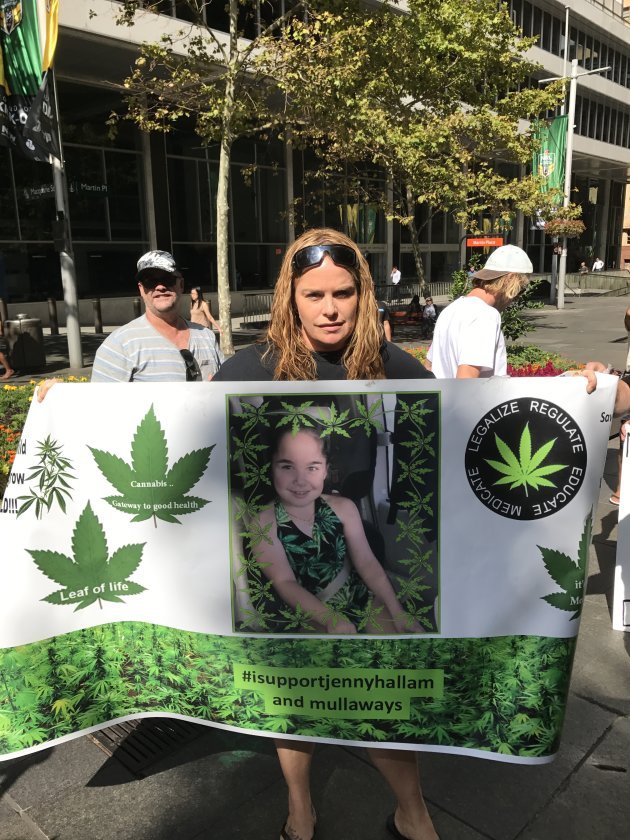 "Can you call me back in half an hour? I'm busy with some stuff."

This isn't my first time calling Katrina Spraggon, so I'm used to responses like this

Here’s what Spraggon is used to: keeping her daughter Kaitlyn alive while the nine year-old sweats, writhes and heaves through life threatening seizures — seizures that have ended in harrowing CPR just to keep her breathing. Spraggon keeps the seizures at bay with medical cannabis oil she has started making herself.

Recently Spraggon’s treatment of Kaitlyn has brought her police attention, with officers searching her home after she treated Kaitlyn at hospital, which is why I’m calling her.

So I ring again.

“I’m sorry, can you call me back at 7pm? Right now is the worst time.”

I can hear children in the background during this ring-a-round.

Kaitlyn’s brain damage is severe. She has nineteen medical conditions. The cocktail of drugs hospitals have had her on leave the bubbly, joyous girl like a “zombie, knocked out, on high flow oxygen.”

When I finally got to speak with Spraggon, she is calm and unhurried.

You wouldn’t know it at first listen, but she’s also bloody furious.

Spraggon told the HuffPost Australia she tried everything to get Queensland Health to prescribe Medical Cannabis to Kaitlyn, but she says she was instead told by staff at Lady Cilento Hospital they would no longer treat her daughter if she continued using it.

After a heated argument, Kaitlyn was admitted and for three days Spraggon treated her with medical cannabis oil without a peep from the hospital.

But on the day Kaitlyn returned from treatment, Police searched Spraggon’s house.

“The police came to my house and did the search. They said ‘you’re not hiding anything’ and I said ‘why should I,” Spraggon.

“I invited them through the kitchen and showed them the folder with all the evidence about how she needs it. All they did was take several photos. They said ‘look, mum, we’ve searched the house high and low, haven’t we’ and they started laughing”.

She said they said she is doing the right thing, but advised her not to access any Queensland health facilities until “Premier Annastacia Palaszczuk sorts it out for you”

Spraggon feels betrayed by the carry-on, having been been open about her medical cannabis use for over three years. 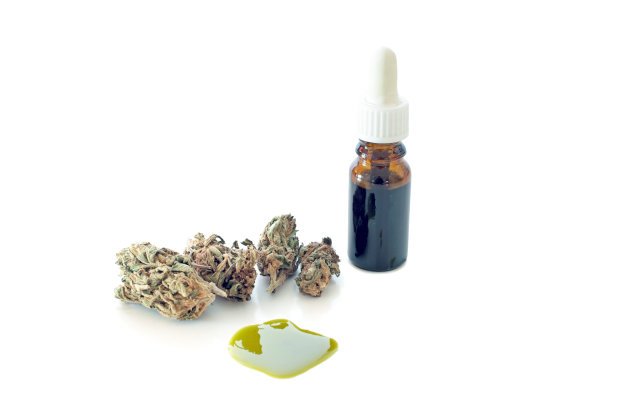 Australia is slowly coming to terms with medical cannabis, with a raft of research underway across the country.

On Thursday, a Greens’ private bill to make importing medicinal cannabis easier for terminally ill patients passed the Federal Senate, but the government plans to block the changes in the lower house.

It lead senator David Leyonhjelm to declare government and health department officials have “blood on their hands”.

Greens leader Richard Di Natale described it as “simple cruelty from this government”.

Queensland enacted medical cannabis laws in March — but it can only be dolled out under strict conditions and for certain treatments.

More broadly, research into medical cannabis has been hampered over the past few decades, in part because of U.S. categorisation of the drug as a schedule 1 narcotic, which puts it next to cocaine and heroin.

Medicinal cannabis suppliers in January dismissed Prime Minister Malcolm Turnbull’s advice that the medicine can be imported through the Therapeutic Goods Administration, after he rejected One Nation’s call for an amnesty while the country reconciles its laws.

Turnbull said in December last year the drug could be imported through a TGA scheme if it was prescribed by a authorised prescriber, presumably a doctor.

It’s a move that was criticised.

“By allocating medicinal cannabis to the TGA, the system is now skewed to an inappropriate, rigid and narrow approach that is also slow moving,” wrote Alex Wodak and Professor Laurence Mather in The Conversation at the time.

Wodak is an Emeritus Consultant at one of Sydney’s busiest hospitals, St Vincent’s Darlinghurst, while Mather is Emeritus Professor, Anaesthesia, at the University of Sydney.

“The slower and more restrictive the system for medicinal cannabis, the more likely patients and their families will avail themselves of black market supplies,” they wrote.

“Given we can’t be sure of the quality and safety of these products, and given the high street price tag, surely we can do better for patients in desperate need.”

Others have suggested an amnesty for current users with verified medical conditions, or for a rescheduling of non-intoxicating, low-THC cannabis products as over-the-counter medicines.

Hallam, from South Australia, faced court on Wednesday for possessing and manufacturing a controlled drug.

A Queensland father earlier this year made a public plea after a raid on his South Australian medical cannabis supplier left him with out the drug to treat his terminally-ill, eight year old daughter Suli’s debilitating seizures.

So while Australia and other international firms are now heavily researching and applying cannabis for medical purposes, gaps in knowledge have emerged over just what’s medically safe to prescribe.

“I got told by a nurse manager and a doctor from palliative care is the only reason they are not prescribing it is because they have strict instructions to only prescribe cannabis products with three certain compounds,” said Spraggon.

“I’m not going back to giving my daughter CPR.”

But Spraggon has said she was told it was illegal to use cannabis in Queensland outside that framework.

Health minister Cameron Dick told the Courier Mail there have been 20 applications from medical practitioners across Queensland to prescribe medicinal cannabis.

“[Spraggon] was advised that under Queensland’s new legal framework an application for medicinal cannabis could be made by Kaitlyn’s paediatric specialist if the specialist considered it could provide a clinical benefit,” he said.

One Nation MP Steve Dickson — who attended a meeting with Spraggon, Dick and other Health officials, told HuffPost he and Spraggon tried to get the names of the 20 specialists.

“We don’t have a government or opposition who are willing to change the rules in Queensland,” said Dickson, who wants an amnesty for carers.

Someone recently asked Spraggon if she would stop treating her daughter with medical cannabis.

“The day I stop treating my daughter with cannabis medicine… it’ll be over my dead body,” she said.

I am not going back to the life I lived. And If I have to put Kaitlyn in my car and drive 10 hours to Westmead Children’s hospital in Sydney, I’ll do it.Katrina Spraggon

“I’m not having them risk my daughter’s life.”